Heads up, Real Housewives of Beverly Hills fans, we’re finally getting a look at the newest intro looks for the upcoming season 12 of the show.

New RHOBH photos have been skimp for the past few months with only Sutton Stracke giving us the first glimpse of her intro look now we’re getting to see costars Lisa Rinna, Crystal Kung Minkoff, Erika Jayne, Garcelle Beauvais, Dorit Kemsley, and Sutton again in new promo pics. The only two remaining looks we’re still waiting for are from OG Kyle Richards and newbie Diana Jenkins.

The images captured by @jaysrealityblog the ladies looking regal in multiple shades of a royal crimson red befitting of the certified diamond holders and perhaps a nod to the dramatic “bloodshed” that’s about to be unleashed on the snows of Aspen this season? 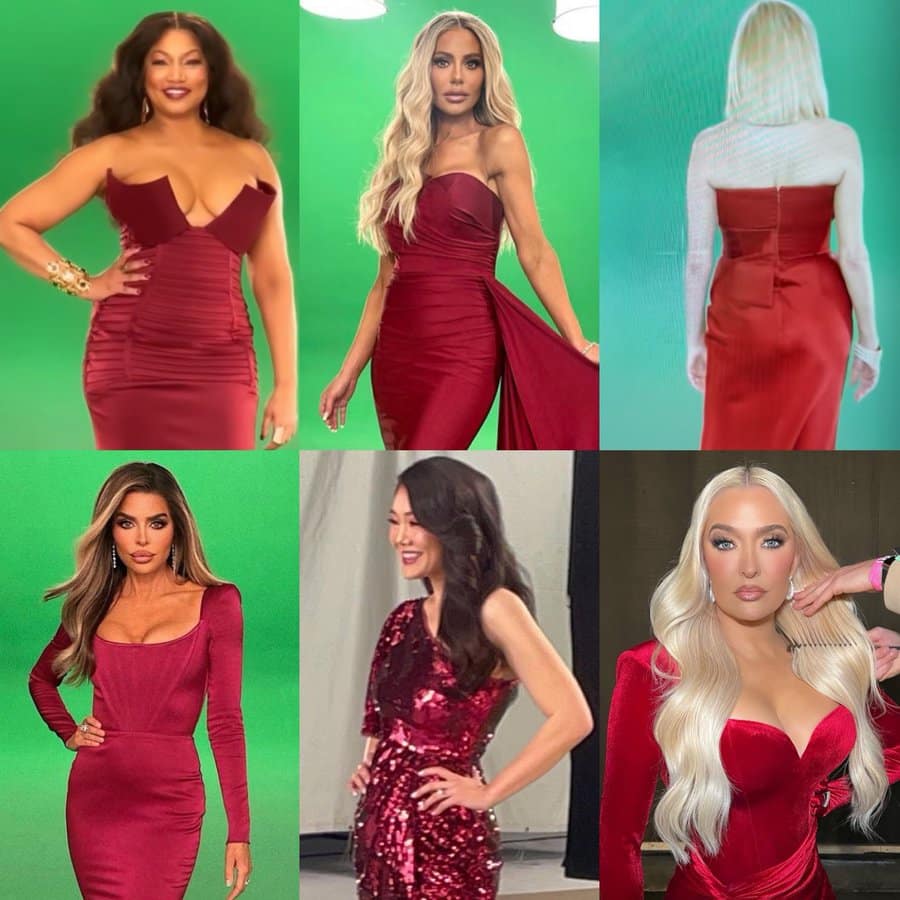 Dorit and Garcelle are both wearing curve-hugging strapless ensembles, with Dorit’s adding a long draping cape at the back.

Lisa, for the first time, isn’t rocking her iconic shag for the intro, but rather a wig bearing long and wavy locks wearing a long-sleeved skirt (or dress?)

Crystal opted for a different take on the motif choosing a bright sequined red number.

Erika stuck to her signature long platinum blonde cascading waves in what looks like a crimson red velvet number.

And we’ve previously seen Sutton’s strapless open back number in the same shade.

However, it looks like RHOBH cast is raising the bar back to its rightful fashionable place and has promised an even more amazing season this year.

The Real Housewives of Beverly Hills season 12 has wrapped filming, though Bravo has yet to release a release date.