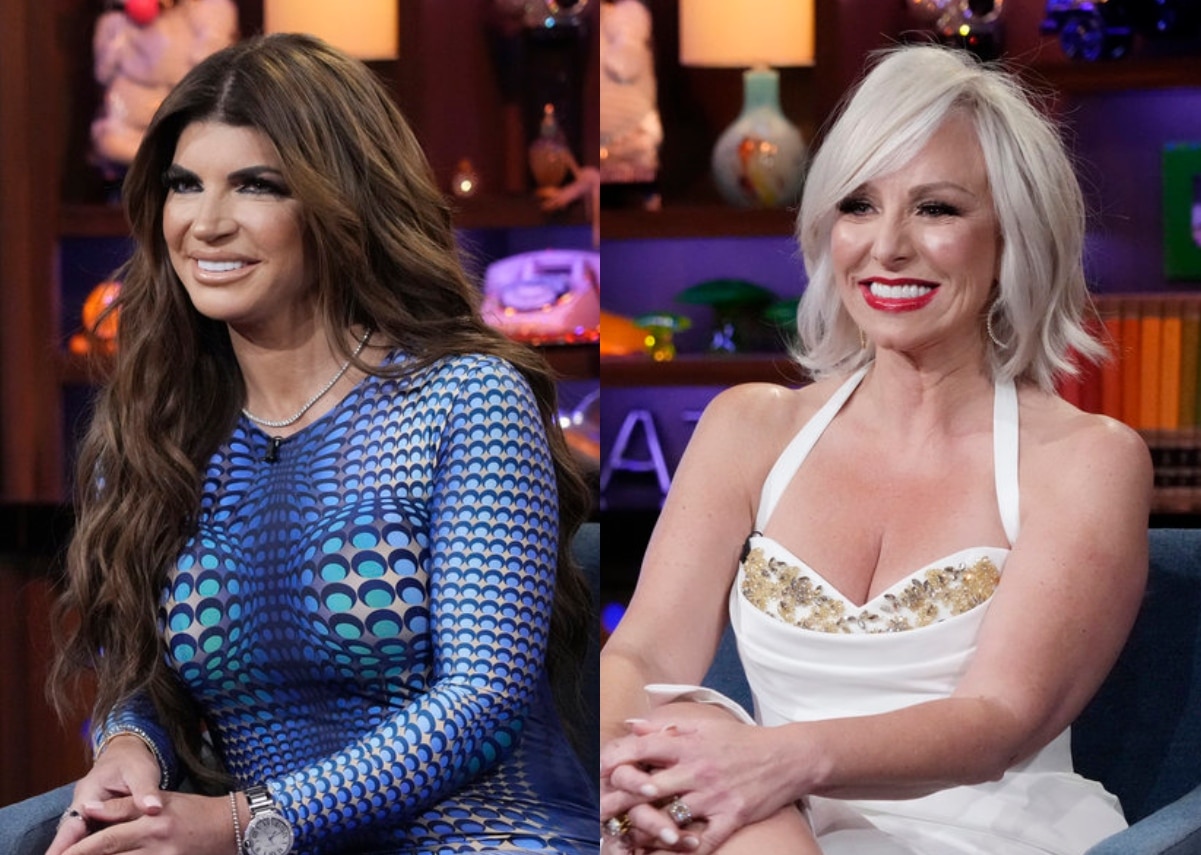 The PR and optics surrounding Real Housewives of New Jersey star Teresa Giudice are not looking good at the moment.

Throughout the current season of RHONJ, Teresa has been everything but amicable with her castmates. She has constantly been combative and overly protective of her fiancé Luis Ruelas to the point where she’s begun acting like a child, walking out on events, and threatening to stop filming for the show.

Now, after the latest episode of the RHONJ, fans have had enough of Teresa and her antics after she blatantly body-shamed her friend turned enemy, Margaret Josephs.

After choosing not to wear and promote Teresa’s new athleisure line for Dolores Catania’s charity softball game, Margaret responded, “We’re good,” after being asked by Teresa if the ladies wanted to wear her line during the game in an effort to promote it. Teresa was not impressed, and neither was daughter Gia Giudice, who gave attitude back to Margaret.

Costar Jackie Goldschneider also declined to wear Teresa’s new line, saying why would they promote Teresa after has been so horrible to them all season?

Things only got worse from there. In a particularly immature and gross moment on the field, Teresa made fun of Margaret’s “jiggly” butt, saying it wouldn’t be so “jiggly” if she had worn her line all while laughing incessantly.

This is problematic in many ways as body-shaming is never okay, but Teresa wanted everyone’s support on her body endeavor while training to be a fitness competitor in the past, and they gave it.

Fans were definitely not impressed and came for the RHONJ OG hard on social media.

One fan wrote, “@Teresa_Giudice come on. Body shaming? That isn’t really ‘women supporting women’ like you wanted, is it? Wow. Thought you turned a new leaf, but I see your leopard spots girl #RHONJ I agree with @MargaretJosephs on this-good for not wearing the clothes.”

Another fan chimed in, calling out Teresa for being a bully and also bringing her daughter Gia into the mix.

“Teresa Giudice is a bully masquerading as a bad comedian. And now she’s dragging her soldier daughter on #RHONJ do her dirty work,” they wrote.

And another called out Andy Cohen for putting up with Teresa’s obnoxious behavior all the time.

“Omg @Teresa_Giudice you’re so disappointing. I don’t care how mad you are, body shaming is an all time low. @Andy why is this tolerated. She’s turned into such a bully! #growup”

Teresa’s ego has become a bit bloated this season, and no matter how protective you want to be of your over-obsessed “love bubble,” body shaming someone else is not going to get you anywhere and does more damage to yourself than anyone else.

The RHONJ reunion is set to begin filming soon, so we’ll see how all this unfolds as Margaret has previously said on the RHONJ Aftershow that she’s got so much to say that she’s held in and is saving for the reunion.

Do you think Teresa’s remarks about Margaret were in good jest or has she become a vindictive bully?