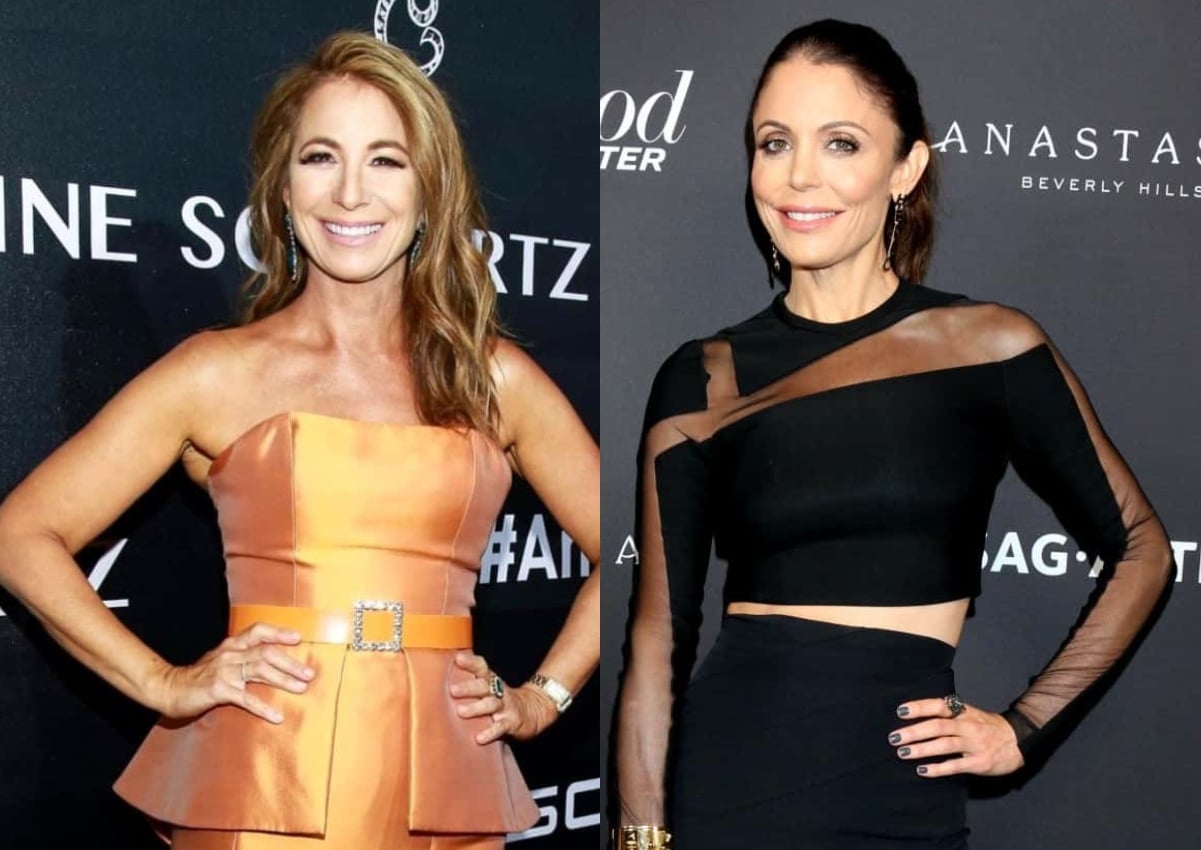 There’s no love lost between Bethenny Frankel and Jill Zarin.

Real Housewives: Ultimate Girls Trip star and RHONY alum Jill Zarin is setting the record straight on that scene between her and Bethenny Frankel at her late husband Bobby’s funeral, saying she felt used by the Skinny Girl entrepreneur and the cameras.

Speaking to Page Six at the “New You Beauty Awards” show in Miami, Jill said that she believed that Bethenny was not being “authentic” at Bobby’s funeral and was using her for the show. She also said that other housewives were more sincere in their condolences and came without all the fanfare, including Dorinda Medley,  Luann de Lesseps, and (surprisingly) Ramona Singer.

“She came with cameras [to Bobby’s funeral], which I didn’t know were going to be there, so that changed it for me,” Jill explained.

“Housewives came without cameras to pay their respects: Dorinda [Medley], Luann [de Lesseps], Ramona [Singer], all came [with] no makeup, no hair, you know, not glammed out,” she further elaborated.

Jill went on to say that she didn’t call out Bethenny at the time because she, honestly, was just happy to see her estranged friend being there for her and didn’t really have time to process the cameras being there.

“I was so happy to see her that I didn’t question the fact that she was all dressed up, and I just didn’t know,” Jill said, adding that it was for publicity. “I think that’s what it was.”

However, Jill did clarify that Bethenny did eventually show up without all the hoopla and dramatics at her house to give her condolences, but she still felt “used” as she didn’t know she was immediately filming for RHONY right after her visit.

“She came to my house to talk without cameras and I really thought that was authentic,” the RHONY alum said before saying, “I didn’t know that after she left my house, she was filming with the girls to download them on coming to my house. I did feel a bit used.”

Jill hasn’t been seen on our screens for some time now, but she’s making her return on season two of Peacock’s Real Housewives: Ultimate Girls Trip, which is set in Dorinda’s infamous Blue Stone Manor, and Jill is saying she came out of the experience for the better.

“I had a great time. I learned a lot,” Jill said.  “I learned some things about myself.”

She also addressed that “thirsty” Instagram comment asking Andy Cohen to call her for the RHONY: Legacy show, claiming that it was not her who actually posted the comment, but rather, it was her daughter, Ally, who left the comment for the world to see.

“I want to straighten that out. My daughter left that comment. I did not write that,” she claims.

“Although, I’m not mad that she wrote it, but I do want to set the record straight because a lot of people misinterpret that like they do a lot of things, which is like, ‘She’s so thirsty. She wants to come back. She wants an apple.’ That’s not [it] at all. My life is very full,” Jill said.

Though she has yet to receive a call from Andy, she isn’t ruling out the opportunity to return to the series but only wants to do so if it’s “successful.”

“I did the [original] show, it was very successful, and it hasn’t been lately,” Jill said. “I want to be on something that’s going to work and make sense.”

We’ll just have to wait and see if that happens. The Real Housewives of New York has been under some major construction lately, including a total reboot, a whole new “legacy show,” and troublesome casting rumors.