Home Real Housewives of Atlanta News RHOA’s Kandi Burruss Claps Back at Nene and Critics of Kandi & The Gang’s Ratings, Plus Offers Update on Todd and Mama Joyce’s Relationship

RHOA’s Kandi Burruss Claps Back at Nene and Critics of Kandi & The Gang’s Ratings, Plus Offers Update on Todd and Mama Joyce’s Relationship 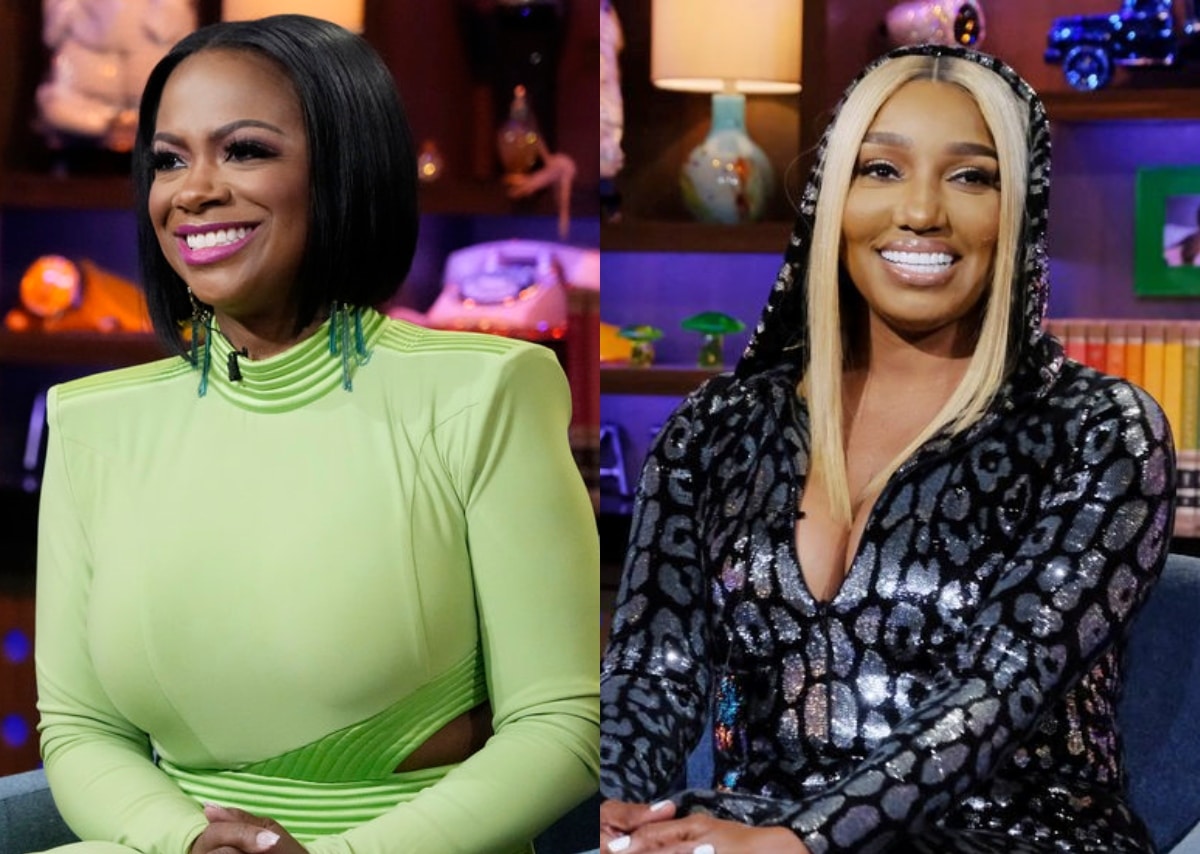 Kandi Burruss is no stranger to family conflict. Her mother Joyce and her husband Todd Tucker are frequent subjects of drama on Real Housewives of Atlanta (because they like butting heads).

Recently, the mother and son-in-law have been clashing at the family restaurant, which is highlighted on Kandi and the Gang, their new spinoff show. Mama Joyce disapproves of Todd’s management style, and recently challenged him to work in the kitchen – to get a better perspective.

In an interview with Insider, Kandi gave an update on Todd’s relationship with Joyce. “It’s gotten much better in the last couple of weeks,” she revealed.

On the trailer for RHOA season 14, however, Joyce told Kandi that Todd can’t afford to pay off a condo. Todd then expressed that Mama Joyce is “so disrespectful.”

“They had gotten back to being a little weird with each other,” Kandi told the outlet. “But recently they made up again for the hundredth time. So hopefully, we’ll keep them on the right track.”

She went on to say, “We are never disrespectful to each other — even when we’re angry, it’s only so far the conversation is going to go … So, I think we know how to give each other that moment to cool down and then come back to it and try to compromise.”

Sadly, respect is lacking in a different relationship – with Kandi and her former costar: NeNe Leakes. According to rumor, NeNe has thrown shade at Kandi and the Gang‘s ratings.

While speaking with Pop Culture, Kandi clapped back with her own response. “Oh my God, what is the ratings on [NeNe’s] show? I don’t want this to become a big shade-throwing contest between she and I because just like she can throw shade at me, I can throw shade at her,” she said. “But my whole thing is like I do not understand why she does that.”

When NeNe and Kandi were fellow castmates, their ‘friendship’ seemed on thin ice, with cracks forming all around. Now, the ice has finally shattered.

Kandi expressed, “Back when [NeNe] did have a show, me and her wouldn’t even be on the same page. But I still be posting, telling people to watch her show. That’s just how I am. I feel like if we have any type of interaction, I’ma show people support. Not throw salt on you. And I don’t understand why her, I don’t understand why her fans always be treating me like I’m stopping her from doing something.”

“What did I do to you?” asked the star. “What is my show stopping you from doing? Nothing. I saw some of her fans in the comments saying stuff like, ‘That could have been NeNe’s show.’ … If her theory is correct, right, how come Porsha has a show? Porsha has a wonderful show. She has her own show, she’s had two actually … What about Kim Zolciak? Why it always gotta be me?”

Some of her costars, in Kandi’s opinion, aren’t willing to pitch to the network. “We pitched our show. A lot of them don’t pitch shows. A lot of them just sit there and say, ‘I’m so great that Bravo should just throw a show on my lap. That is not what I do,” she said. “Me and my husband, we come up with these ideas. And we pitch them.”

Kandi admitted, “Sometimes the network is for it, sometimes they aren’t. Everything we do does not get picked up. Surprising because I know y’all think everything I do is working … But we put ourselves out there to get a yes or no. And that’s what you have to do.”

“People love to talk about how our first week ratings weren’t as big as they needed to be but the one thing that y’all also didn’t notice is our other show ‘Kandi’s Wedding’ was over 2.4 million viewers,” she explained. “My ‘Xscape: Just Kicking It’ series was averaging over 1.7 million viewers on the regular. And our ‘Ski Trip,’ 1.4 million.”

The star continued, “My reality shows are the highest rated spinoffs of the other people who had them. Don’t play me like, ‘Why she got…’ Because I work for it y’all!”

As many fans know, NeNe isn’t afraid of a good Twitter war. We’ll have to wait and see if Kandi’s shady response triggers another battle.