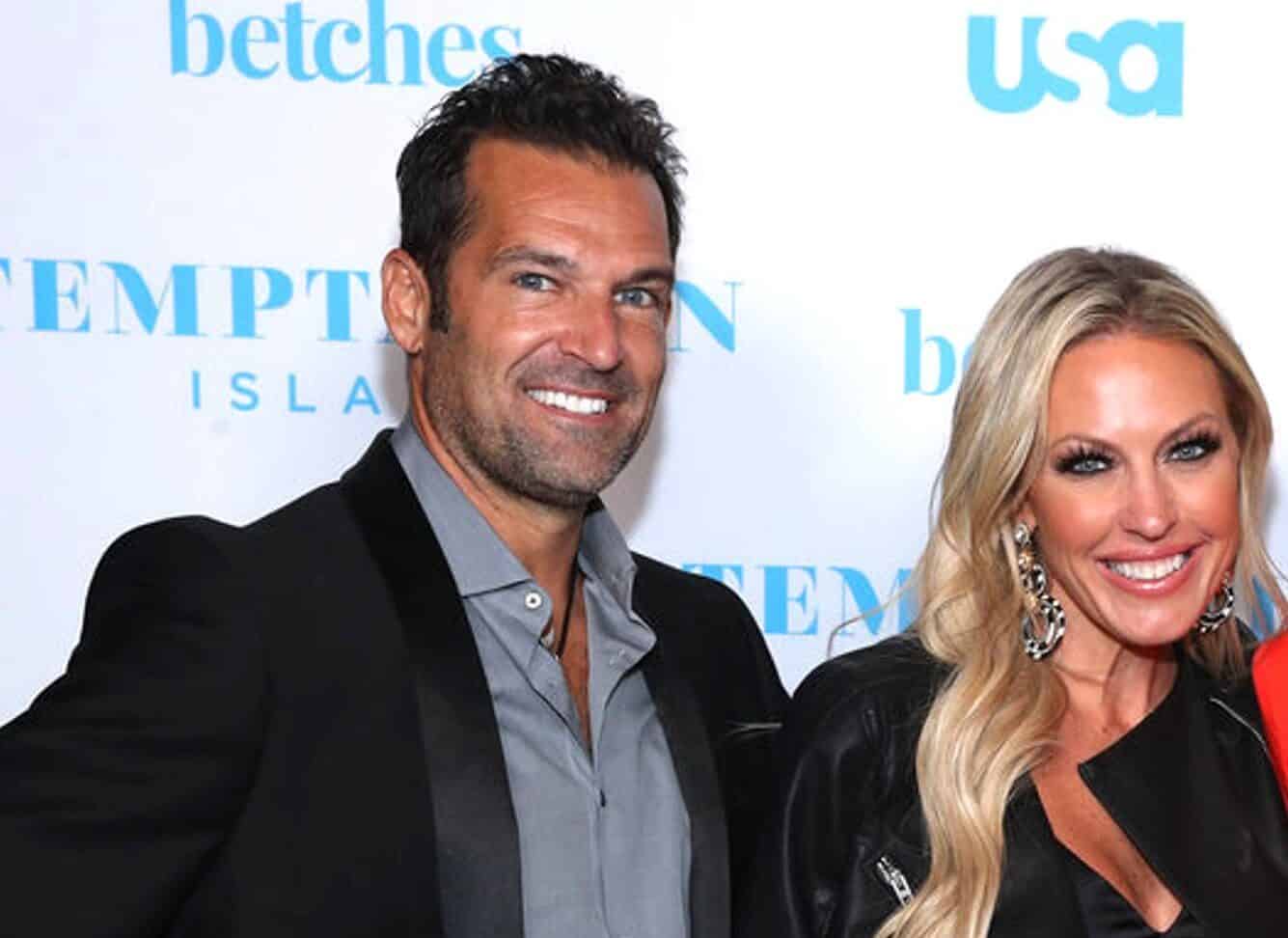 If there ever was an award for the most complicated and unusual marriage arrangement in a ‘Real Housewives’ franchise, the award would have to go to former Real Housewives of Orange County star Braunwyn Windham-Burke and husband Sean Burke.

After coming out as a lesbian and becoming the first openly gay housewife in RHOC history, Braunwyn has made waves and is now openly dating her NYC-based girlfriend, Victoria Brito. Now, Sean is finally ready to move on and is currently dating a new girlfriend of his own.

Speaking with Page Six, Sean said, “After about a year of being ‘single’ I’ve been on a handful of dates with someone new.”

Sean says it has taken him a while to get back out on the dating scene because of his unusual relationship dynamics with Braunwyn, his career, and mainly prioritizing his children, Bella, 21, Rowan, 19, Jacob, 16, twins Curran and Caden, 9, Koa, 7, and Hazel, 4, with the former RHOC star.

Sean continued telling the news outlet, “For right now, my priority is my family and my business ahead of anything else. But I am excited to see what the future holds.”

Braunwyn, for her part, could not be happier for Sean, saying that they are always going to have “bumps” in the road with one another’s separate relationships. She currently refers to Sean as her “ex-husband” — though the two legally remain married and have no plans to divorce as the situation seemingly works for them and their family unit.

“While there are always going to be bumps in the road while Sean and I navigate our modern relationship, especially with the additions of newcomers like Vic or anyone Sean is dating,” Braunwyn said. “I am beyond thrilled and happy that Sean is getting himself out there like I have.”

Also, in a joint interview with their daughter, Rowan, the teen expressed that she’s “happy” with how things are unfolding with her family.

“They’ve built a whole life together and have had seven kids together. They’re still best friends. Just because my mom likes women doesn’t mean that they can’t be best friends and raise these kids together, which I think is amazing. They will always be a team and I’m just so happy they’re both happy,” she said.

Braunwyn opened up more about her struggles on her journey to sobriety as well.

In an interview with The Sun, Braunwyn explained that her addiction started with skinny margaritas and eventually led to drinking “two bottles of tequila a day.”

Things got so bad that Bravo producers began to step in and try to stop her consumption of alcohol during her time on RHOC.

“That first year I remember going to the finale and the producer that was with me was like, ‘I have orders to not let you drink beforehand,'” Braunwyn said.

Braunwyn went on to elaborate that it got to the point where she couldn’t even remember filming scenes that she was in or what she had said or done, recalling that it was “scary” to watch back.

“I think people were starting to realize, because I wouldn’t remember scenes, I would think one thing happened and I was wrong. It’s scary to not remember entire terms of your night. And then have to watch them back on national television,” she admitted.

Braunwyn is now happily two years sober, but she says, “Two years is a long time without a drink, but a short time to be sober. I never want to get ahead of myself, forever is a long time. I’m not gonna drink today.”

Congratulations to Braunwyn on her sober journey and the Windham-Burke family for remaining strong together.