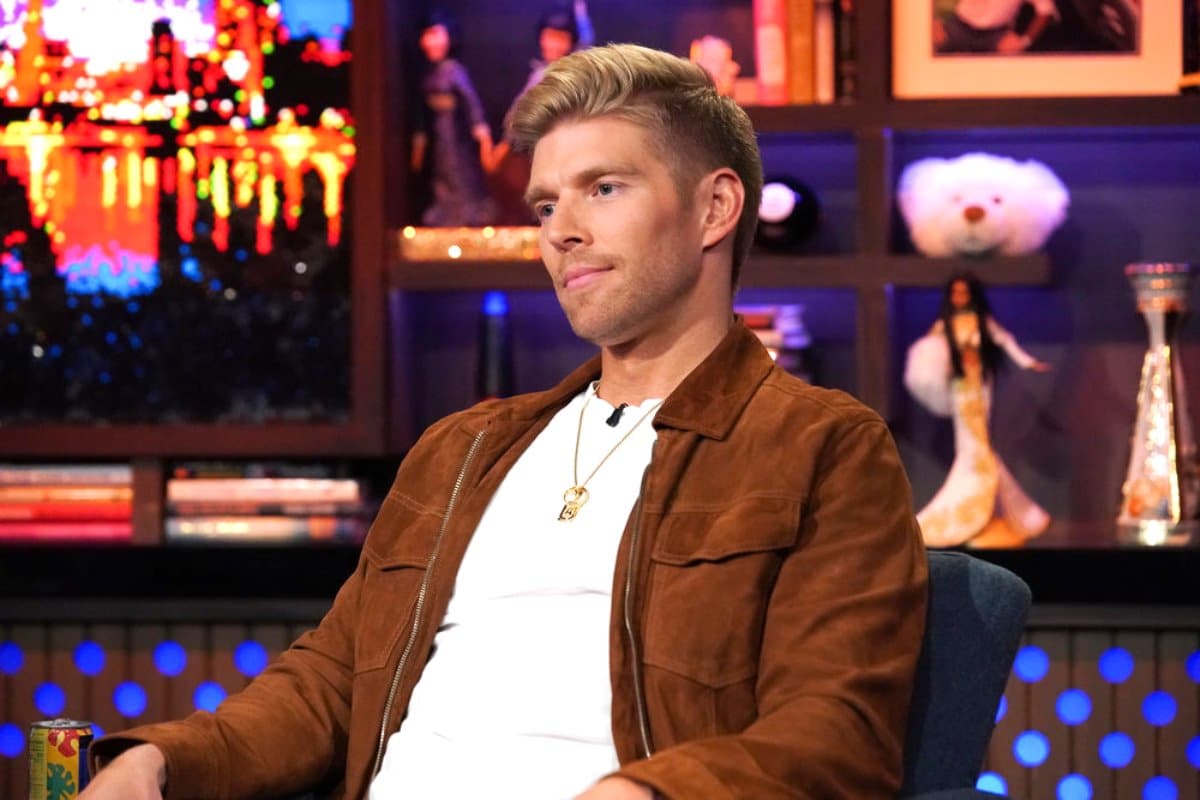 During a cliffhanger on the April 18 episode of Summer House, Kyle Cooke made some confessions to the group. At a restaurant dinner scene, he revealed he was in the midst of a lawsuit, had spent $200,000 on legal fees that month, and was $4 million in debt with a business loan.

To make matters worse, he and his fiancée Amanda Batula are getting married in a matter of weeks, and they lost their florist. After the information was revealed, the story was cut off with a “To be continued…”

However, Bravo Insider just released a sneak peek for the upcoming episode, which reveals what happens next in the dramatic dinner.

After Kyle storms off from the table, he has a tearful conversation with Danielle Olivera (on some random person’s property, they eventually realize).

“Dude, there is so much misunderstanding going on right now, I almost want to throw up,” says Kyle in the clip. “Hey, friends! Maybe check in on me! Every day of my f**king [life] for the last three years has been stressful.”

He goes on to say, “When you’re running a company, and trying to plan a wedding, I’m doing everything… I’m doing a thousand things a minute. All I want to do is come out here and relax…We can’t even get a f**king florist proposal for less than 15 grand… F**king flowers, dude!”

Meanwhile, Amanda sarcastically tells the table that Kyle’s the only person who has problems. Later in the clip, she tearfully tells Paige DeSorbo that she’s embarrassed by his behavior.

“If I didn’t care about Kyle then I would just be like, ‘Yeah go ahead and make yourself look ridiculous,’” she said. “But because I care about and love him so much I’m like, ‘Stop behaving this way. Stop doing this s**t.'”

“You can’t control him, he’s not your child,” Paige tells Amanda.