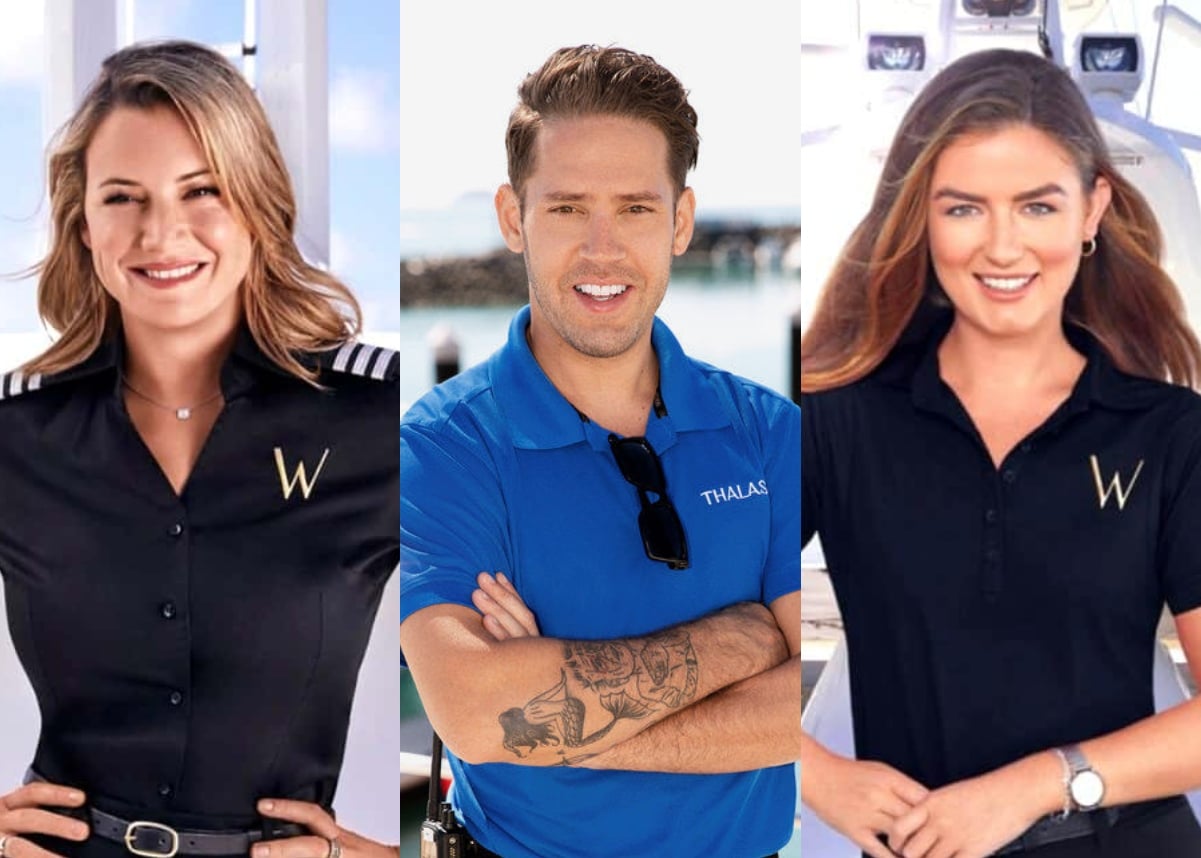 One of the biggest conflicts on Below Deck Down Under is the contentious relationship between chef Ryan McKeown and chief stew Aesha Scott. Aesha believes Ryan is arrogant, while Ryan thinks Aesha sets a tone of hostility.

Unfortunately for Ryan, Aesha has a friend in her corner, Hannah Ferrier (who is known for her social media battles). The two women got close on the fourth season of Below Deck Mediterranean.

Ryan recently shaded Aesha on the POP-OFF! Podcast with James. During the episode, Ryan stated, “Right now [Aesha’s] whole life is Bravo. And if she’s ok with it, I’m happy for her. But I live a real life. I work very hard. I live a [expletive] good life … I have zero regrets, not even a letter.”

A post shared by All Things Below Deck! (@belowdeckaboveaverage)

After the clip was posted to Instagram, Hannah dived into the drama and defended her friend. She commented, “'[Aesha’s] whole life is bravo’ – yeah – apart from the part where she spends 10 months a year traveling the world adventure exploring with her hubby to be. Apart from that – her whole life is bravo 🙄.”

Ryan clapped back with a cutting remark: “Wait. What did you get fired for again 😂.” 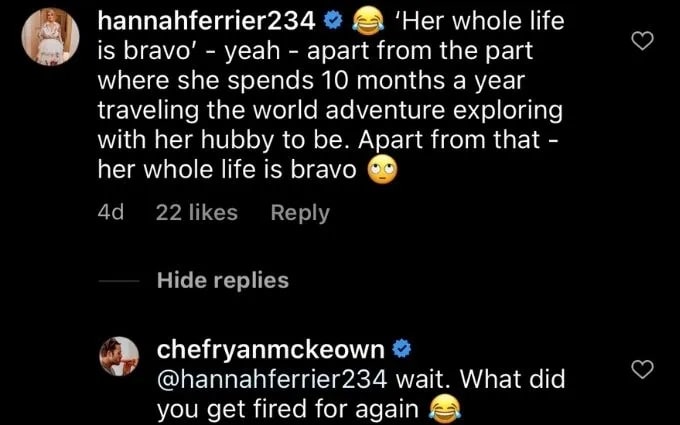 James Pike (the podcast host) tried to intervene and asked the chef to “be nice” to Hannah. Ryan didn’t seem to care, replying, “I’ll pass on that.”

Neither side will likely back down. This of course is just the first battle. Perhaps Hannah is already plotting her countermove.