RHODubai’s Caroline Stanbury Addresses Chanel Ayan’s Criticism of Her Marriage to Sergio Carrallo, Shares How Show is Different From Ladies of London 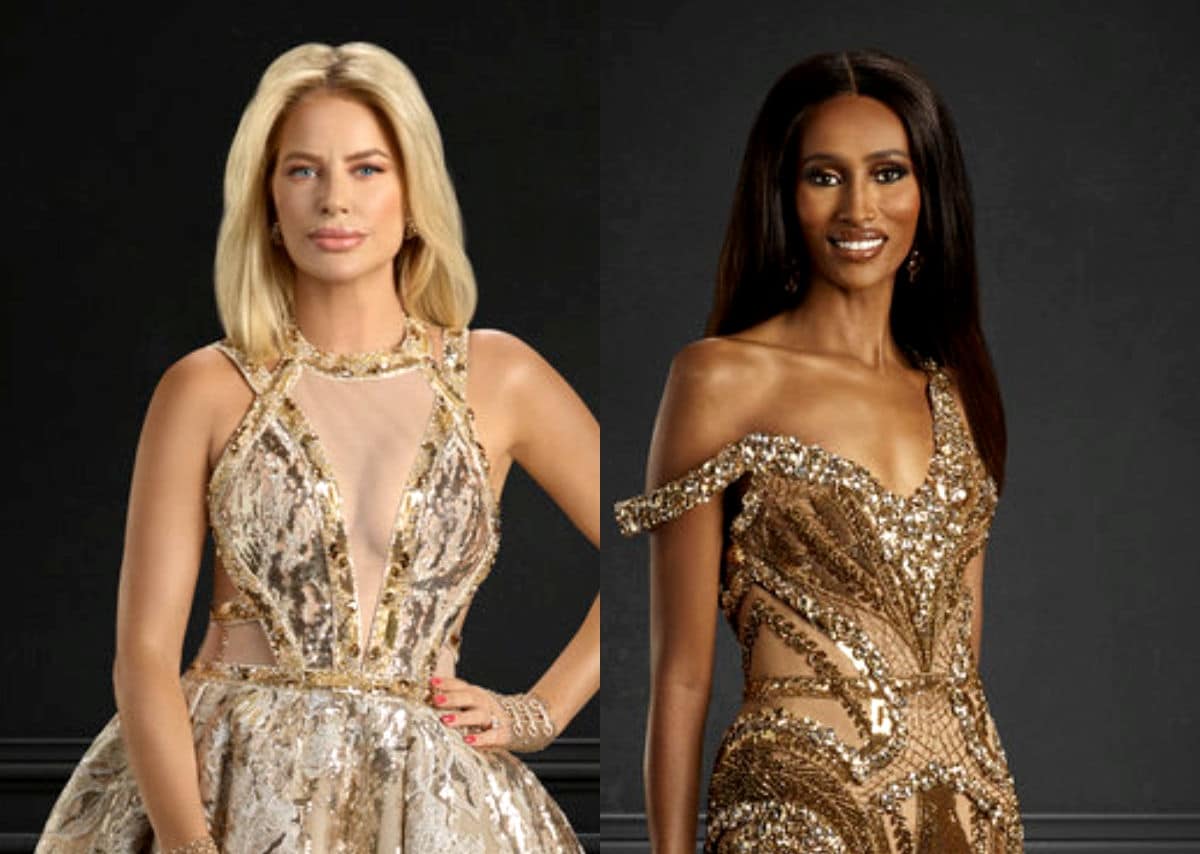 Bravo’s The Real Housewives of Dubai has only just debuted, and just one episode in, the drama is already heating up.

Notably, a feud is brewing between Caroline Stanbury and Chanel Ayan, who recently took issue with the age gap between Caroline and her new husband, Sergio Carrallo, who is nearly 20 years her junior.

Speaking with Us Weekly’s Getting Real with the Housewives podcast, Caroline explained how different it is filming RHODubai compared to Ladies of London.

“[RHODubai] is very, very different [than Ladies of London]. I mean, the only thing that compares is the way the show is filmed in a way, but everything else has just been so different. Obviously, the experience is completely different with a different set of girls,” Caroline revealed. “It didn’t prepare me in any way, shape, or form for what’s about to come.”

And what came was heavy criticism and cattiness from some fellow castmates.

Caroline tells the outlet that Ayan needs “to keep her opinions to herself,” and she finds it “sad” that she needs to “belittle” another woman’s relationship for her own personal clout.

“I think Ayan needs to talk about things she knows about and keep her opinions to herself, frankly,” the former Ladies of London star told the outlet. “I find it sad that a woman from anyone’s age group or whatever has to sort of belittle somebody else’s relationship to rise themselves and also comment on someone else’s relationship. She knows nothing about mine. So, I suggest as she goes along, she learns a little bit more before she opens her mouth.”

Ayan and castmate Lesa Milan have been gunning for Caroline from the start over her marriage, calling it a “collaboration relationship” and based on “made up chemistry.” They also dubbed her a “snake.”

“She is definitely the snake in the desert, Caroline Stanbury, that bites hard,” Ayan posted. “I am angryyyyyyyyyyyyyyyyyyyyyyyy.” She then continued by saying, “She slithers, she slides around. I think it’s just because of the comment that she had put out, and I’m the type of person that just says what is on my mind and I just go for it sometimes without even thinking clearly. So, I just say how I feel at the moment.”

However, Caroline is taking the criticism in stride. “Yawn. I’ve been with him three years. I don’t know how convenient, when he lived in America, it is to move across [the world] when you know nobody. And he is living with my family. My family loves him, we love him. And I think when you know us, you understand us,” she previously told Entertainment Tonight.

Caroline and Sergio wed in November 2021. Caroline was previously married to Cem Habib. The couple split in 2019 and share three children, sons Zac and Aaron and daughter Yasmine.

Watch the continuing drama unfold on The Real Housewives of Dubai, which airs Wednesday nights at 9 p.m. EST on Bravo.