Home Keeping Up With the Kardashians Kardashians Accused of Staging Family Meeting Over Tristan Thompson’s Paternity Scandal, Plus NBA Star Puts His Arm Around Khloe in Rare Outing 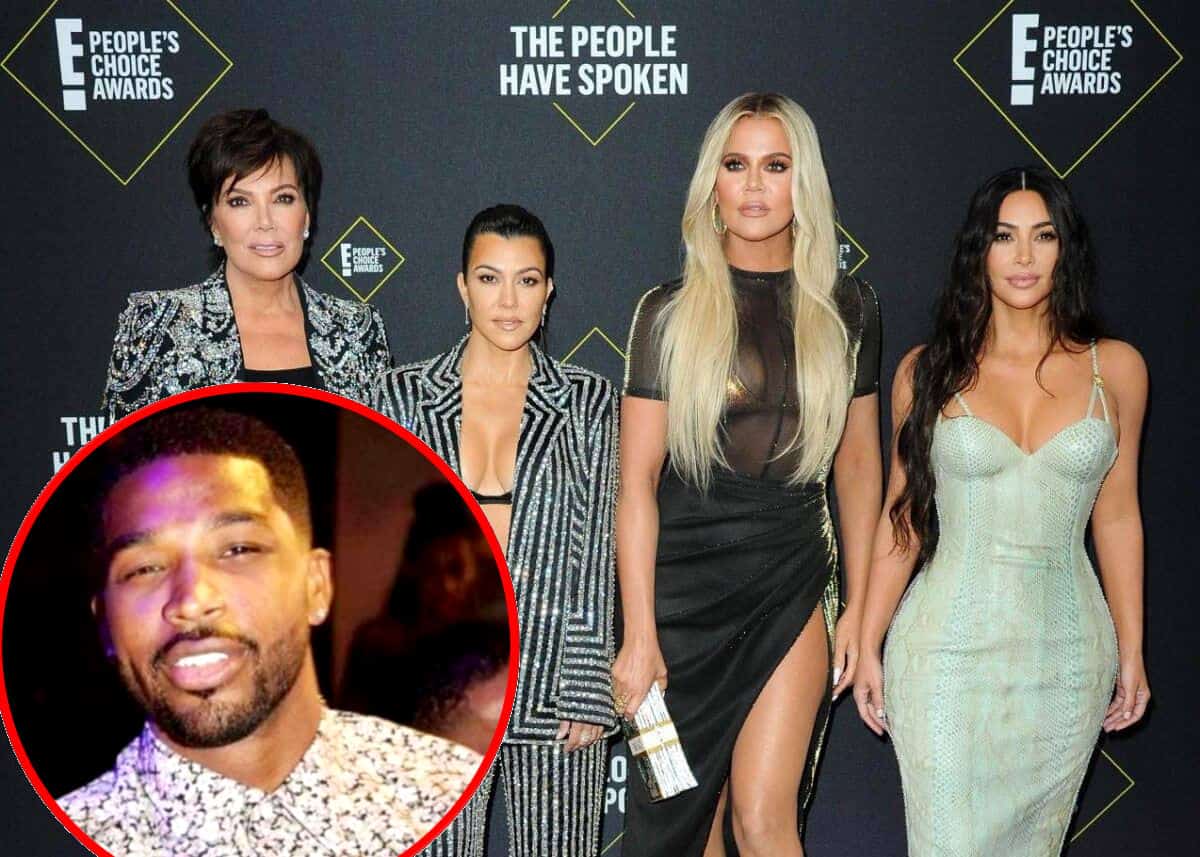 On the dramatic season finale of The Kardashians, the family convened for an important meeting — to discuss the paternity scandal involving Tristan Thompson. Toward the end of November, Khloe Kardashian discovered (along with the rest of the world) that the father of her child was cheating on her and got another woman pregnant.

It appeared that the scene took place right after the scandal was revealed or perhaps the next day. Now, fans claim they have evidence that proves the meeting was staged.

As many viewers know, the Jenner-Kardashian empire is photographed endlessly by the paparazzi. In one of these photos, Kourtney is shown with the exact same clothes, hair, and manicure she wore during the family meeting.

Fans allege that this scene about Tristian Thompson’s cheating scandal was actually filmed in January, and not November when the scandal became public

The photo below, which shows Kourtney with the same outfit and hairstyle, was taken in January 2022 — two months after the scandal broke.

Kourtney Kardashian wows in ruched black jumpsuit with fiance Travis Barker and their kids for dinner at Nobu in Malibu https://t.co/M9xpCCgafQ

“The family meeting was filmed January 31st based on Kourtney’s outfit, Khloé found out end of November/beginning of December when the documents leaked and she did attend Christmas with the fam, so the meeting was staged,” wrote an internet sleuth on Reddit.

A different viewer took aim at Hulu for shooting it out of order.

“Explains why they were so emotionless about it all,” said the fan. “I wish they had stuck to a real timeline rather than jumble it around to have a good final episode. Do better Hulu.”

Fans think Kim went above and beyond to make it seem like they were filming around Christmas (she took time to mention their holiday card).

In related news, Khloe and Tristan were recently spotted together, according to a photo obtained by E! News.

In the image, Tristan placed his arm around Khloe while they hugged each other outside of a vehicle in L.A. They were meeting together for a lunch with their daughter, True.

Neither of the parents has publicly addressed their outing. However, within a few hours of the meeting, Khloe posted about True’s first dance recital with photos that included True and Rob Kardashian‘s daughter, Dream.

“Today was incredible! Our girls had their first dance recital and they were perfection!!!! I am so proud of all four of my girls! 🤍🤍,” she wrote on Instagram. In the comments, she added, “I almost started crying when I walked in the Auditorium. Before anything even started lol … I am such a dork. I’m still emotional over this.”

In the Kardashian world, it’s getting harder and harder to determine what’s real.