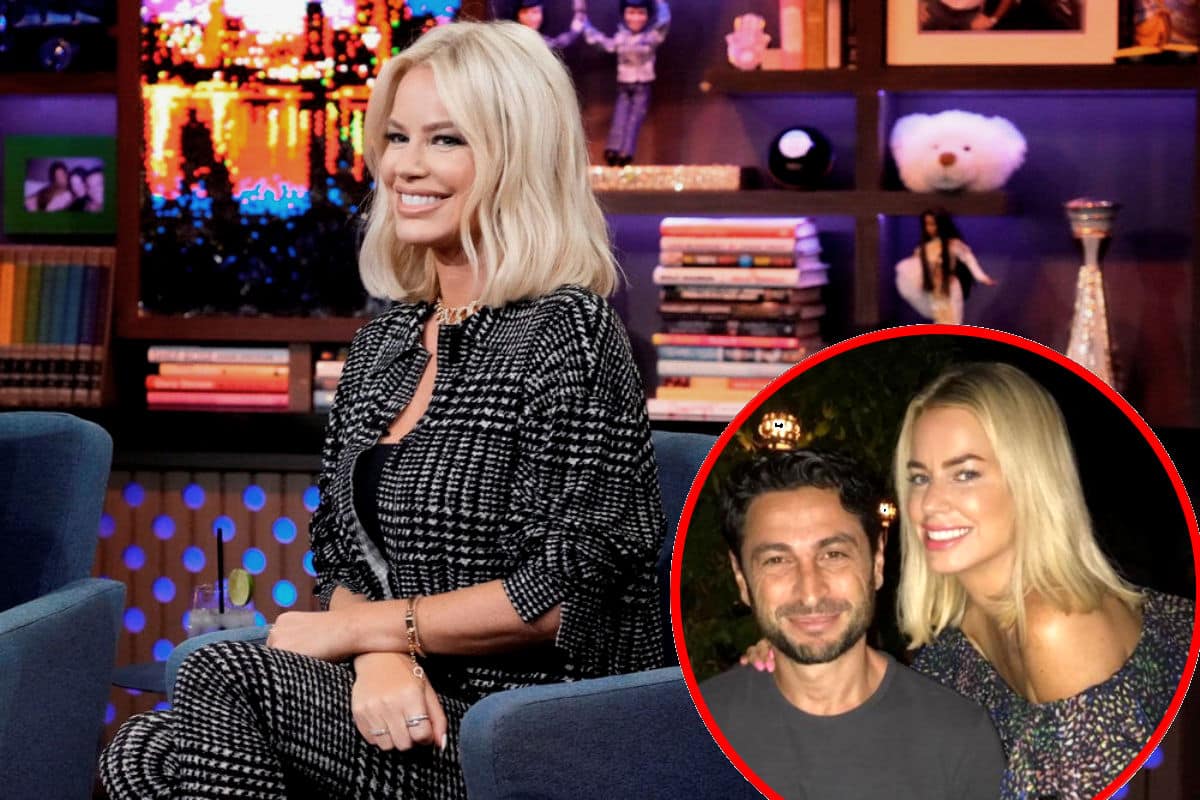 The robberies and burglaries of Real Housewives cast members are becoming far too common. Unfortunately, The Real Housewives of Dubai star Caroline Stanbury has allegedly become the latest victim.

Caroline and her husband, Sergio Carallo, along with her three children, 16-year-old Yasmine and 12-year-old twin boys Zac and Aaron (whom she shares with ex-husband Cem Habib) recently took a holiday to Mykonos, Greece. Just three hours after arriving, they found their vacation home being ransacked by burglars.

On June 26, Caroline took to Twitter to share that “so much” of their belongings were gone, but everyone was safe. She also shared that they walked in on the burglary as it was happening.

“We came home to the men still in our house,” the Ladies of London alum posted. 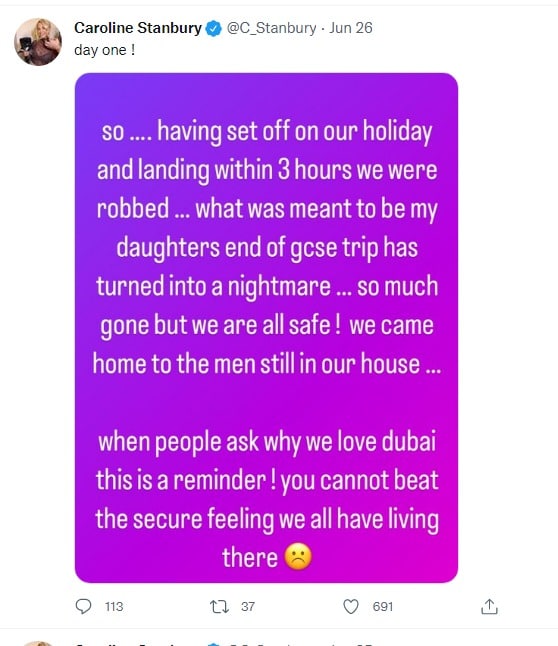 Caroline also posted a video documenting the aftermath of the robbery, showing suitcases and clothing strewn about the room. There was also a photo of a busted and broken lock, which is how the robbers presumably gained access into the house. She added “stay safe,” and she noted that she has hired extra security for now. 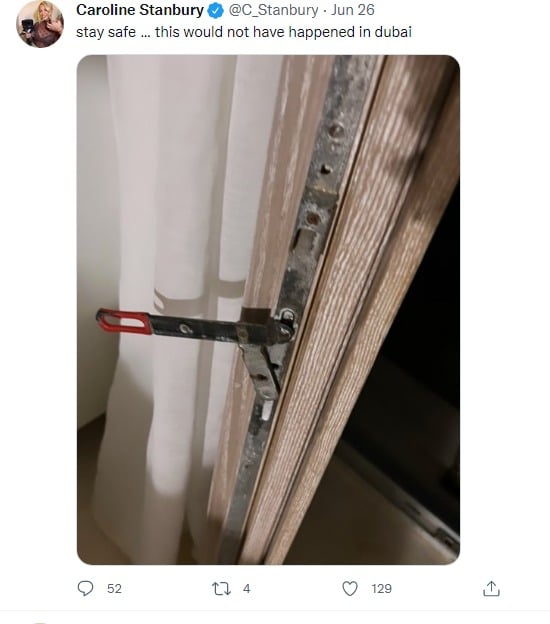 Caroline concluded by reiterating her love for Dubai and its security.

“When people ask why we love Dubai this is a reminder!” she explained. “You cannot beat the secure feeling we all have living there.”

She later posted a photo of her and Sergio together seemingly after the robbery, enjoying themselves in the sun. She captioned the pic, “All that matters.”

In much happier news, the couple recently appeared on Watch What Happens Live, and they let viewers in on the successful relationship Caroline and Sergio have with Caroline’s ex-husband, Cem Habib. She says the two not only live close to one another, but she, Sergio, and Cem also actually frequently dine out together, and they spend holidays with one another’s families.

“My relationship with my ex-husband is actually amazing,” Caroline shared. “We all go out to dinner, and [Cem] actually lives very close to us.” She added, “We spent Christmas together as a family — my parents, his parents, Sergio’s parents.”

Andy Cohen was seemingly humbled by the reveal, and he said, “Wow, that’s great. That’s all you could ask for.” Caroline replied, “More than I could ask for.”

She also explained to Andy that the “biggest misconception” about living in Dubai is that there’s a lack of freedom, stating people think that “we [women] can’t live like this.” This was referring to her freedom of wardrobe as a woman, her ability to drink, and her ability to drive.

The Real Housewives of Dubai airs Wednesdays at 9/8c on Bravo.