Home Real Housewives of Dubai RHODubai’s Lesa Milan on Why She Doesn’t Get Along With Caroline Stanbury, Addresses Twitter Feud, and Talks Friendship With Chanel Ayan

RHODubai’s Lesa Milan on Why She Doesn’t Get Along With Caroline Stanbury, Addresses Twitter Feud, and Talks Friendship With Chanel Ayan 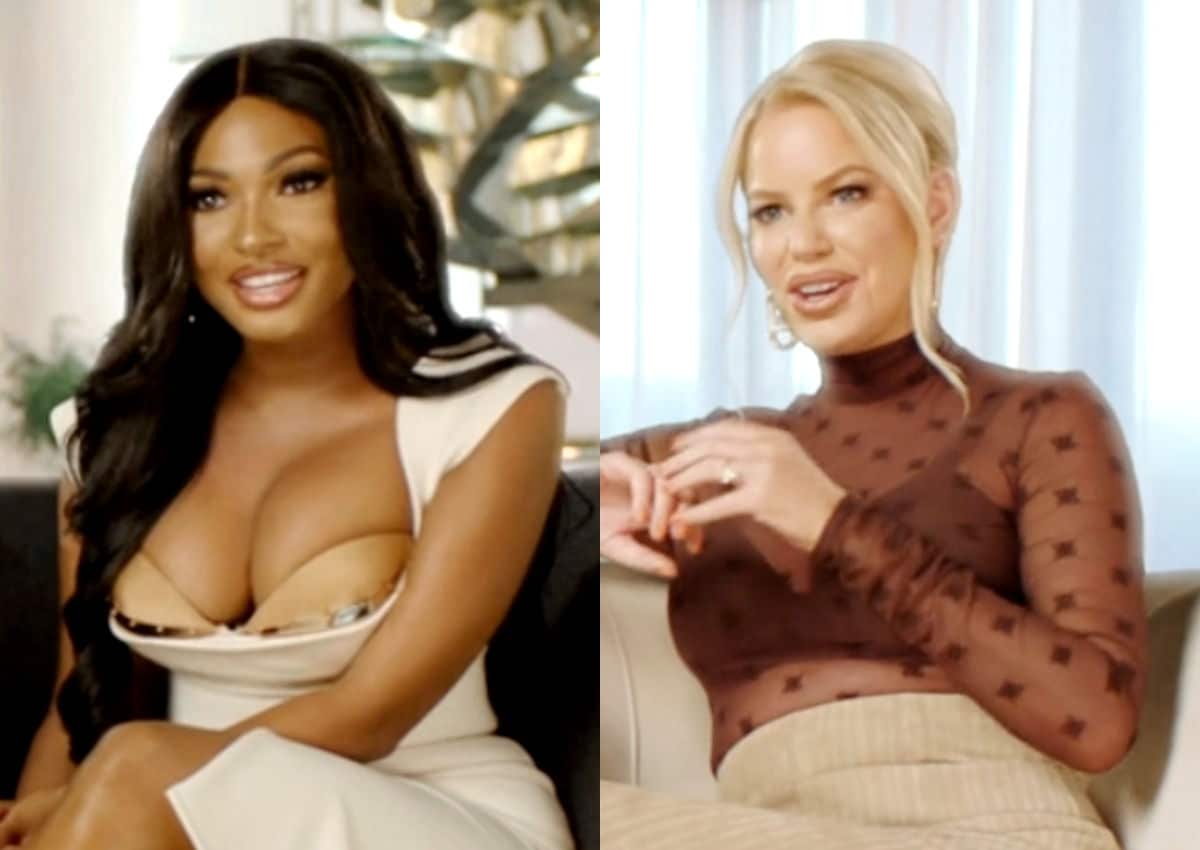 The Real Housewives of Dubai has changed the definition of ‘friendship.’

On a recent episode, Caroline Stanbury implied that her fiancé Sergio wished to be intimate with her friend Lesa Milan (because they were having a friendly conversation). This angered Lesa, who told all their friends about the exchange.

After the episode dropped, Sergio and Caroline took to Twitter, shading Lesa’s business and questioning her money. Lesa then took a swing at Sergio, calling him an unemployed “sugar baby.”

Speaking with We Should Talk, Lesa addressed her issues with Caroline. “I’m really outspoken, and I think she’s used to girls following behind her. I’m a leader, not a follower. I don’t follow behind anybody. If anything, she has to get in line. With that said, I feel like because I’m such a strong person, she naturally doesn’t take to me.”

The star continued, “Because I see what type of person she is, I naturally just don’t take to her… What you guys are seeing on the show is just our real lives being played out, real friendships — I use that word loosely — playing out.”

Lesa then discussed her recent drama on Twitter: “I actually am [surprised by it]. I’ve been friends with these ladies for many years, they know who I am, they know my heart, they know I’m never coming from a bad place, so when I do see things escalate — I’m new to Twitter, so I’m not into all of these Twitter beefs and weirdness, it’s so beneath me, really — and seeing them attacking me over some fun shade… although there’s a lot of truth to those shades and they know it.”

“That’s why [my castmates] are offended,” Lesa shared. “They know there’s some truth to the shade. […] They need to learn how to understand the assignment.”

The mother-of-three also explained the origin of her friendship with another co-star, Chanel Ayan. “She started off as one of my models, and I didn’t really have a lot of friends when I moved here,” said Lesa. “She would always take me out, because no one even knew I owned Mina Roe. I’m just now letting the world know this. She’d be like, “Come! Let me introduce you to all these different people in the fashion industry!” We would start hanging out, and one thing led to another.”

The star added, “To be honest, I call her every day, just because I know she’s going to say something that’s going to make me laugh. She’s naturally, authentically, unapologetically herself, and I’ve always loved her for that. She’s actually the person that brought me onto the show and put me forward to the casting directors. I love her and, yes, my loyalty is to her.”

It seems we’re in the midst of a new war. The battle lines are drawn. Lesa and Chanel are perhaps on one side as Caroline and Sergio wait on the other. Several shots have already been fired. Who will strike next? We can only predict when the war will conclude — if it ever does.