Kyle Richards Talks Difficulty Filming RHOBH With Sisters Kim Richards and Kathy Hilton, Where She Stands With Them 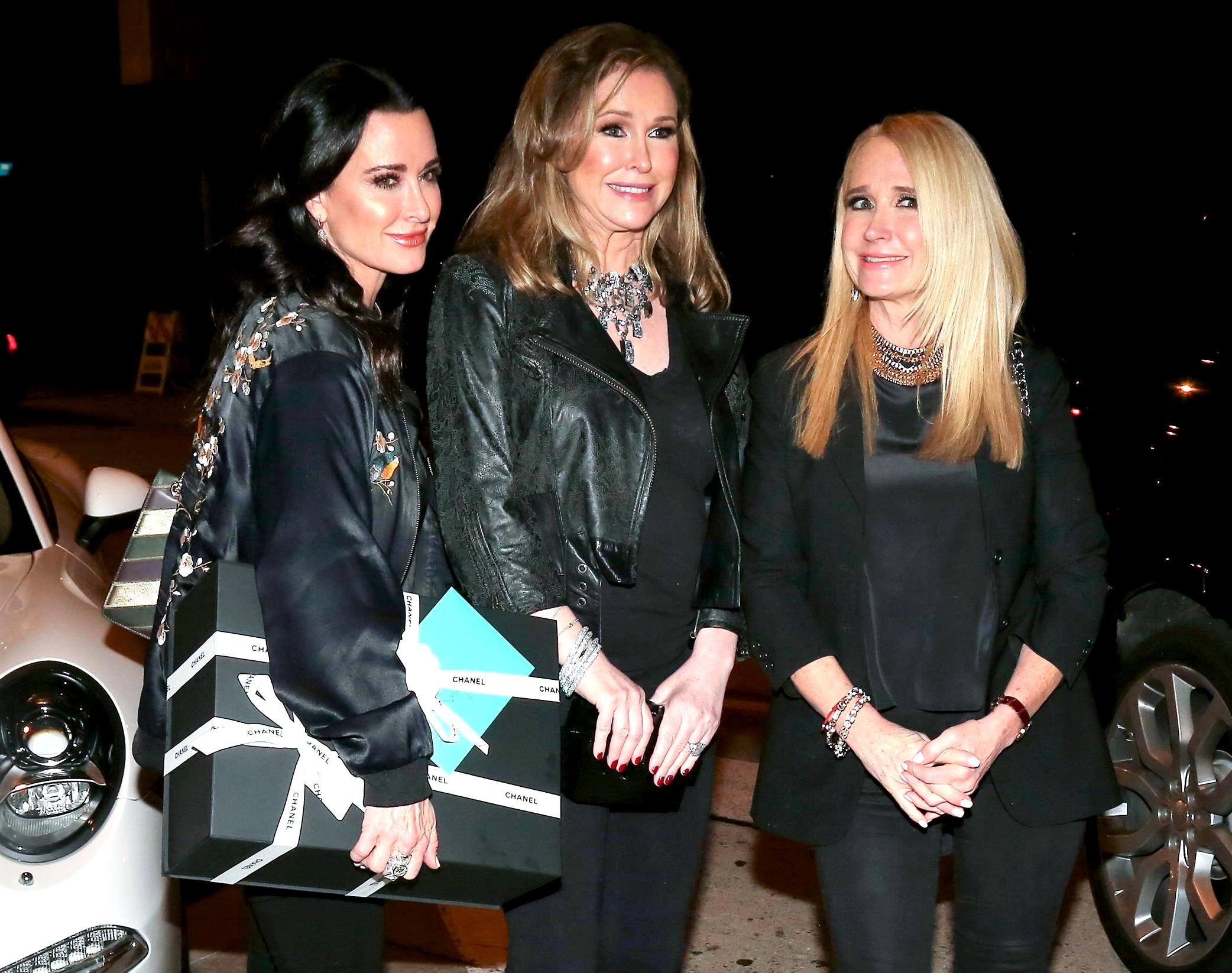 Real Housewives of Beverly Hills OG Kyle Richards has consistently shown the ups and downs of her life with the public for over a decade now on the Bravo franchise. One part of her life that Kyle has never shied away from showing is the difficult relationship between her and her two sisters, Kathy Hilton and Kim Richards, both of whom have appeared with her on the Bravo screen.

Fans will remember the infamous limo fight between Kim and Kyle in season one, which set into motion one of the show’s most iconic feuds and the subsequent documentation of Kim’s battle with addiction. Now that Kathy has entered into the past two seasons of RHOBH, viewers are going to see a breakdown in that relationship as well.

Per The Daily Mail, Kyle sat down with Channel Seven’s The Morning Show on Tuesday. She gave a candid interview on the regrets that she’s had over the years while appearing on the show, whether too many personal issues were shown, and the effect the show has had on her relationships with her sisters.

When asked if she thought too much was shown, Kyle responded, “Absolutely.  But they’re following us around, they know what’s going on in our lives and behind the cameras.” She continued by saying, “And inevitably it always comes out, but that’s what it is. That’s part of the downside.”

Kyle says that she always goes into filming with her sisters thinking it’s going to be great… until it’s not.

“That’s very difficult,” Kyle said. “When my sister Kim [Richards] was on, it was great, and then it was awful. It was one of the worst times on the show for me ever.”

The same seems to be the case when it comes to Kathy, according to Kyle. However, she says the three always find a way back to each other.

“With Kathy, I was like, ‘It’s gonna be great, we’re gonna have fun.’ And we really did last season. And of course, something happened this season, but we are sisters, we’re blood, so we’ll always come back together again at the end of the day.”

RHOBH fans will see Kyle and Kathy hit a breaking point this season on the show. During the May season 12 trailer, Kyle can be shown with tears streaming down her face after being egged on by co-star Lisa Rinna, who accuses Kathy of saying terrible things about Kyle behind her back.

‘You said some things about this beautiful sister of yours. I’m sorry, Kathy, you’re not gonna get away with it,” Lisa is heard saying.

“I feel like you hate me or something. How could you say those things?” Kyle cries.

So where do the three siblings stand today?

Kyle says that the untimely death of a dear friend brought her, Kim, and Kathy back together.

Speaking to Andy Cohen on Watch What Happens Live, Kyle explained, “This whole situation of losing my best friend, Lorene, has brought, my sisters and I are speaking again because they’ve also known Lorene since she was seven, so life works in funny ways.”

“You said you were speaking again?” Andy pushed further.

“Well, we were having a little bit of a rough patch after the season,” Kyle said of herself and Kathy.

When asked about her current relationship with Kim, Kyle says they have “rough patches,” but the two are good for the time being.

“We have good and rough patches here and there, as you may have heard. But no, we’re all… we’re in a good situation right now,” Kyle said.