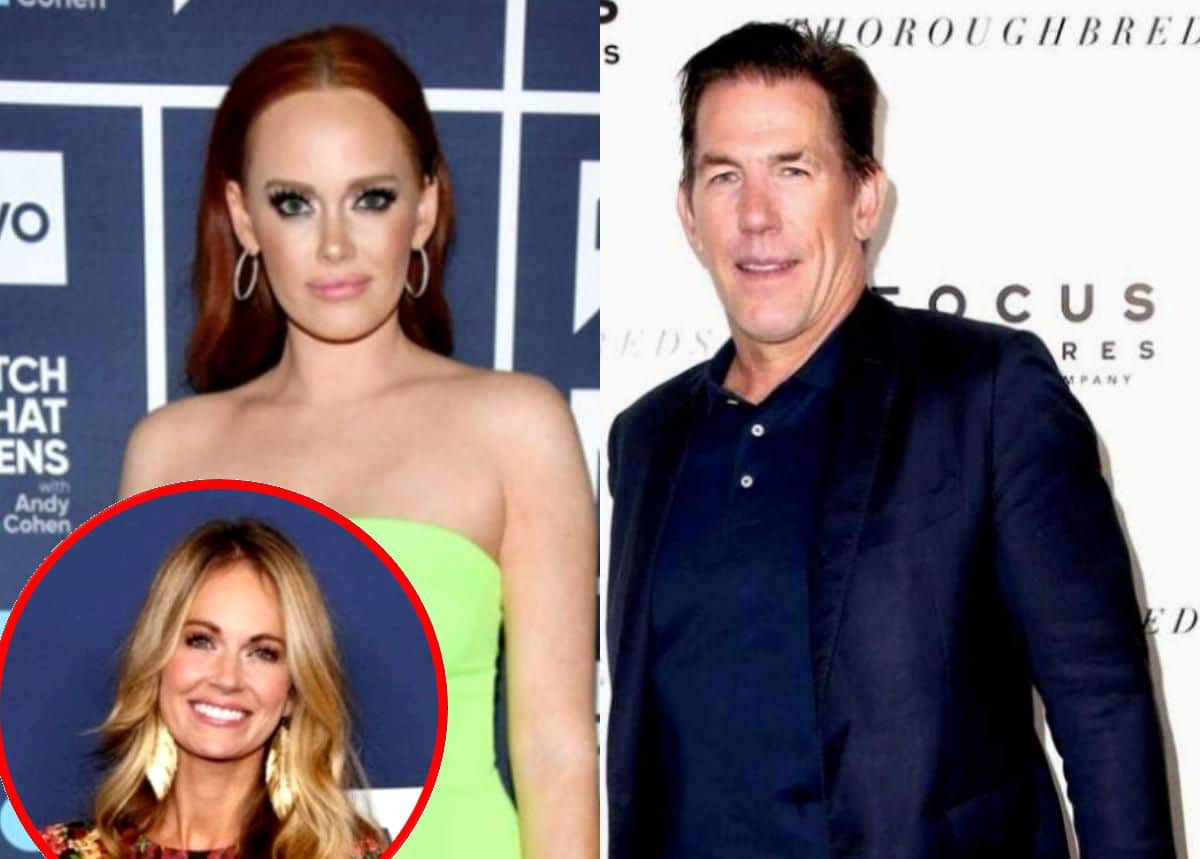 In a revealing and emotional new interview, Southern Charm star, Kathryn Dennis, sheds light on what really went down last year involving her custody battle with ex Thomas Ravenel allegedly manipulating the courts against her, and where she stands with her co-stars past and present.

Speaking on the podcast Side Piece with Melissa Pfeister, Kathryn said she thought everything involving her custody agreement with Thomas was going “completely fine” last year.

“On almost a year anniversary of us settling the case, I get served some subtle hints that [Thomas] was about to do something. I should have known better, but I didn’t,” Kathryn said.

Continuing, Kathryn knew Thomas had something up his sleeve, especially since her testing positive for marijuana.

“Yeah, it was a shock to me. You know what they said to me, that I went to rehab because I had a problem with weed, that this was considered a relapse,” she explained.

Kathryn says that ever since, she has been put through turmoil in an effort just to see her children, which according to Kathryn, is only 40 hours a month, and is completely supervised.

“I get to see my kids every other weekend 9-7 supervised by someone who is appointed by the court. They type what [my kids] eat, writing what they say. They literally follow me to every room. I can’t even go to the bathroom to take my daughter to the bathroom.”

The Southern Charm star also revealed just how much of a financial burden is put on her just to make these visits happen.

Kathryn goes on to claim that “this whole thing was a big ploy for Thomas to move to Aiken, SC which he did immediately after he took the kids away from me. Literally, on the day I was supposed to have them and pick them up from school.”

Kathryn then got audibly emotional saying, “It has been f***ing horrible…How do I even process the fact that I don’t have them.” However, she says that she’s been strong and is trying to push through with the help of the rest of her cast, some more than others.

Kathryn revealed that there’s no love lost between her former Southern Charm co-star, Cameran Eubanks, who could have “guided” her as she was the only other cast member to have children. (TBH, Kathryn did allegedly spread infidelity rumors about Cameran’s marriage.)

“To be a mother, a woman older than me period, to watch me at 21 go through all this…I was naïve, she could have guided me or helped me, stepped in, and cared. But she didn’t. So, Eff her,” adding, “I’m not saying something’s wrong with her, we’re just different, and I realize that now.”

As for who does have Kathryn’s back and is able to lean on, Kathryn has found solace in Craig Conover, Austen Kroll, and Shep Rose.

“I will say Shep, Austin, and Craig have all been supportive. I talk to probably Austen the most, and he really is compassionate, and he listens, and what he says back actually has thought put into it.” Kathryn said before adding, “I will never question their respect for me. That they do see me for all that I am.”

As for where things will go from here, Kathryn has a message for the naysayers.

“Everyone was like ‘Oh, she reached her peak’…Clearly, I’m going to get way better than I ever was.”