Home Real Housewives of Dubai RHODubai’s Caroline Brooks Shares Where She Stands With Sara Al Madani and Nina Ali After Explosive Fights, Claims She Was “Fed Lies” by Costar, and Teases What’s to Come

RHODubai’s Caroline Brooks Shares Where She Stands With Sara Al Madani and Nina Ali After Explosive Fights, Claims She Was “Fed Lies” by Costar, and Teases What’s to Come 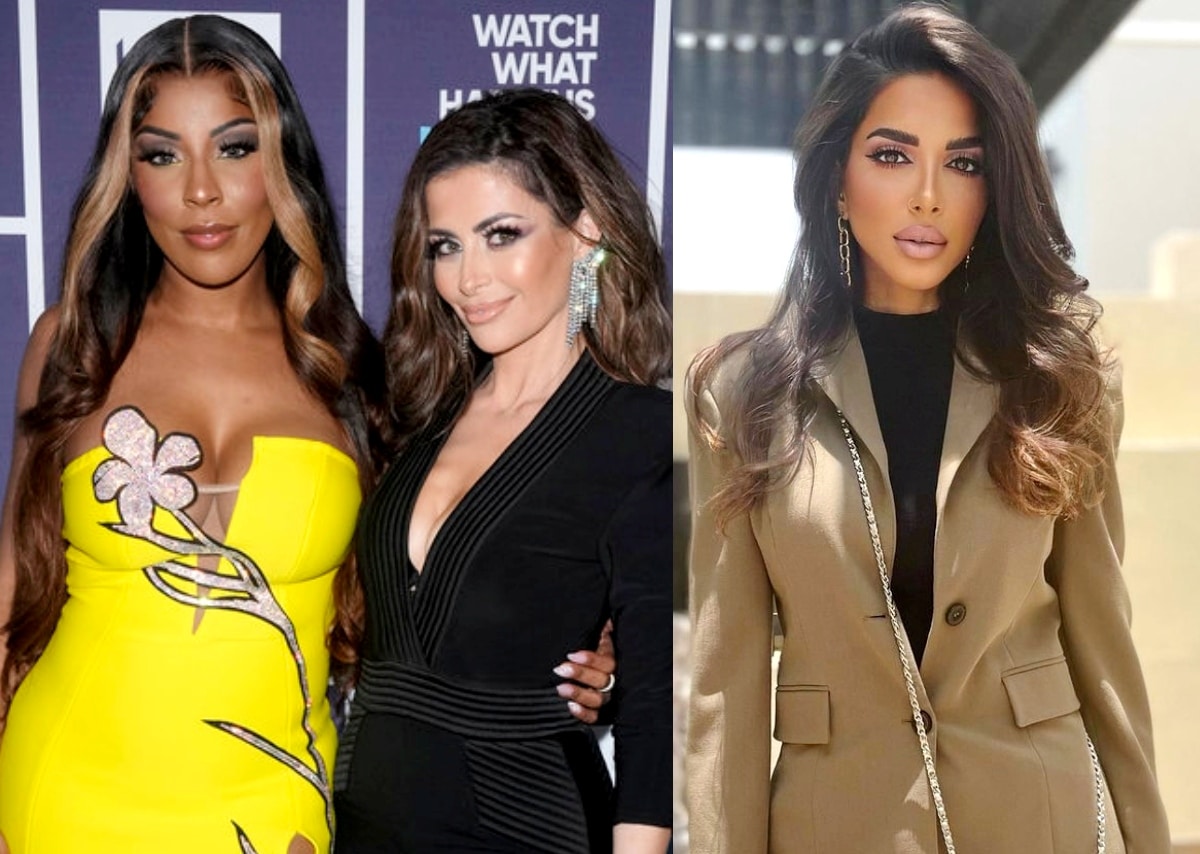 At an elegant engagement party, Caroline Brooks and Sara Al Madani had a verbal altercation. In the midst of their quarrel, Brooks (who perhaps was over-served) reached the point of yelling, which drew the attention of guests.

Their dispute began on a previous day, when Sara hinted that Brooks should be “closer” to her son. According to Brooks, Sara was bashing her parenting skills – though the fashion designer denied it.

In an interview with E! News, Brooks opened up about the fight, revealing more details behind the story.

Brooks described the fight as “very intense,” and she quipped, “I [didn’t] get any more sober!” She went on to say, “It’s a tough situation. The situation wasn’t good. It takes time to heal things like this.”

Nina Ali (who also got yelled at) made the situation worse when she told Sara that Brooks was upset. According to Brooks’ interview, however, there’s a hidden element to the story.

“I yelled at Nina and I regret it so much,” said Brooks. “We’re so close now. I regret it so much because what I didn’t know then, I know now. And you’re gonna have to wait to find out what that means. My anger was directed at the wrong person because I was fed lies. Right before I got there I was fed lies. I was pushed to that direction not knowing the person who pushed me in that direction was the actual culprit. They’re the one who did it.”

Fortunately, Brooks also worked though her differences with Sara. “Me, Sara, Caroline [Stanbury] and Nina are [now] like the best of friends. We are so close,” she expressed. “If [Sara] told me what she told me then today, I would never take it wrong. I know who she is now. I know what her intentions are, who this woman is. I know her child has been in my home and played with my son and their friends. We are now friends.”

The businesswoman continued, “Sara, if you ask her, she would have never said it if she could go back. Everybody has regrets. She regrets it ’cause you don’t talk about people’s parenting. Now that it’s happened to her a few times, now that she’s on a public stage where people can talk, it doesn’t feel good does it?”

Now viewers are asking: Who’s the ‘actual culprit?’ If the 36-year-old is now on good terms with Nina, Sara, and Stanbury – as she claims – they likely aren’t on the suspect list. By the process of elimination, the only options are Chanel Ayan and Lesa Milan.

What exactly went down – and when will the secret reveal itself?