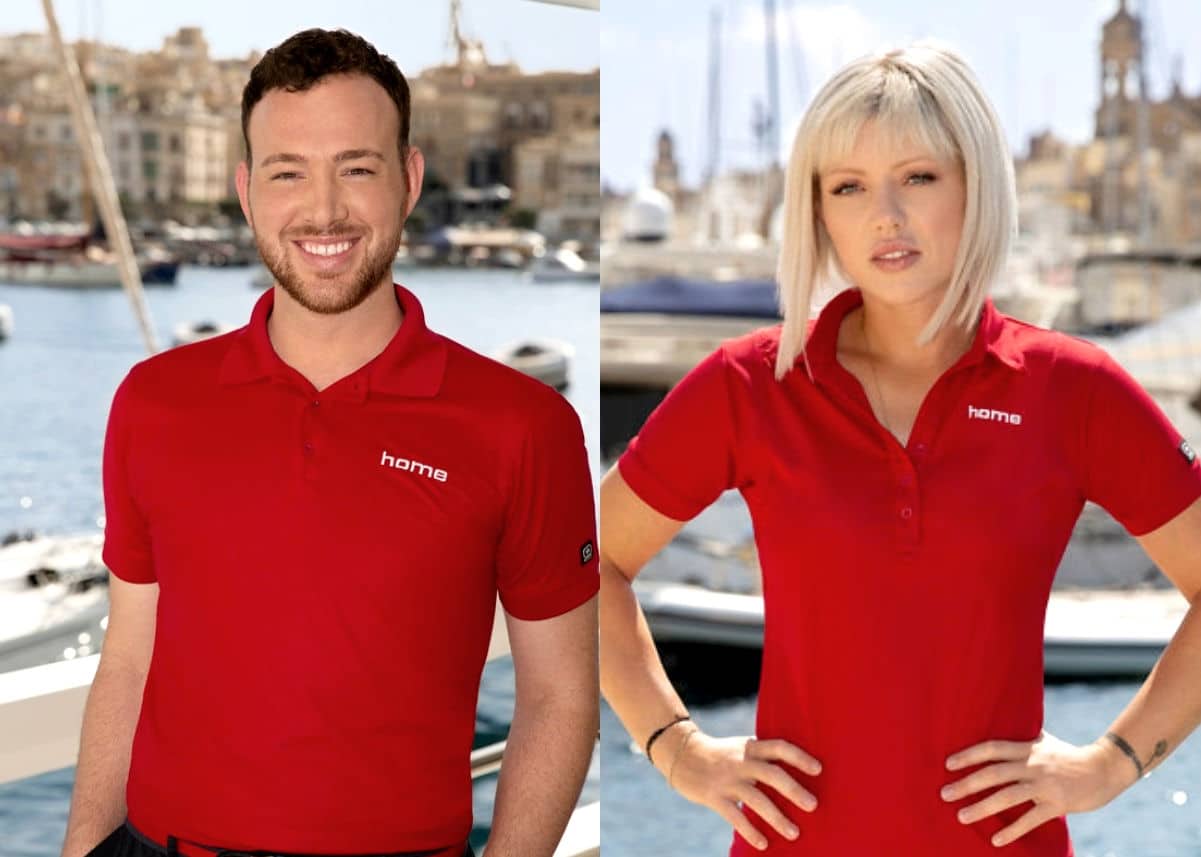 The season seven trailer of Below Deck Mediterranean promises plenty of drama. Within the first few episodes, bosun Raygan Tyler was headed toward the proverbial chopping block after Captain Sandy Yawn noticed her lacking work ethic.

Meanwhile, stew Kyle Viljoen is enjoying his position entertaining guests and colleagues (though the trailer teased some future tension with co-star Natalya Scudder).

In an interview with ET, Kyle discussed the situation concerning Raygan’s performance.

“You would like to think so after having multiple warnings and all that, [she’d improve],” said the star, “but … these charters are back to back. You know what I mean? There’s not a lot of time to really change the whole person, who you are. As for the exterior, I personally don’t see a change. You’re hearing people complain, you’re hearing people bring things up. So one can only hope that there is a massive change coming and that you can realize this feedback from captain Sandy, perhaps, and then we’ll see.”

Kyle then teased, “There is a lot of dynamic shifts and change … and I think it’s definitely all for the good, because at the end, you want a really strong unified team to carry you throughout the season. This is going to be the struggle in the beginning for anybody on the vessel, you want to pinch it in the bud and say, ‘This needs to change.’ So I definitely see improvement throughout the season for the exterior, but I still hold to my gut, and I say the interior is carrying season 7.”

The stew then praised Storm Smith, the deckhand who stepped up during the turmoil.

“[Storm] has such great leadership skills. He’s like, ‘OK, I see there’s a problem. Someone needs to jump in and take over. We can’t carry on flying around s**t here, so we need to take charge of this scenario,'” said Kyle. “And he seems like the person that can step up to it. If I had the opportunity to, I would’ve definitely promoted him.”

Kyle also addressed a future blowout with his colleague Natalya, which was highlighted in the dramatic trailer.

“I still sometimes struggle to actually fathom how I even got to that point,” he explained. “Natalya and myself, we’re like brother and sister. So, we have that back to back to back and forth banter, but there comes a point where … enough was just enough, and it’s unfortunate that it came to that point, but I think a lot of these really close-knit relationships, after having so many charters back to back, it’s exhausting for you. You don’t want to joke around anymore.”

“I never knew how passionate and intense the relationship is between Dave and Natasha,” said Kyle, “and I only start to get to learn more as you’re going to see it coming up. And then I realized in my mind, maybe this isn’t a good relationship later on and why the reasons behind that.”

“It starts taking toll on the vessel as a whole,” he added. “It’s in your face, you can’t ignore it. There are sometimes disappearing, Casper moves going on, then he’s returning. You know what I’m saying? So I feel like if you bring a lot of emotion on the boat of your personal life, it’s going to affect your professional life.”

Kyle also expressed, “I genuinely do feel that they can work through it, that they can sustain this working relationship … They’re very mature individuals, but as for the relationship, perhaps not that mature.”

Below Deck Mediterranean season seven airs Mondays on Bravo at 8/7c. New episodes are released one week early on Peacock.