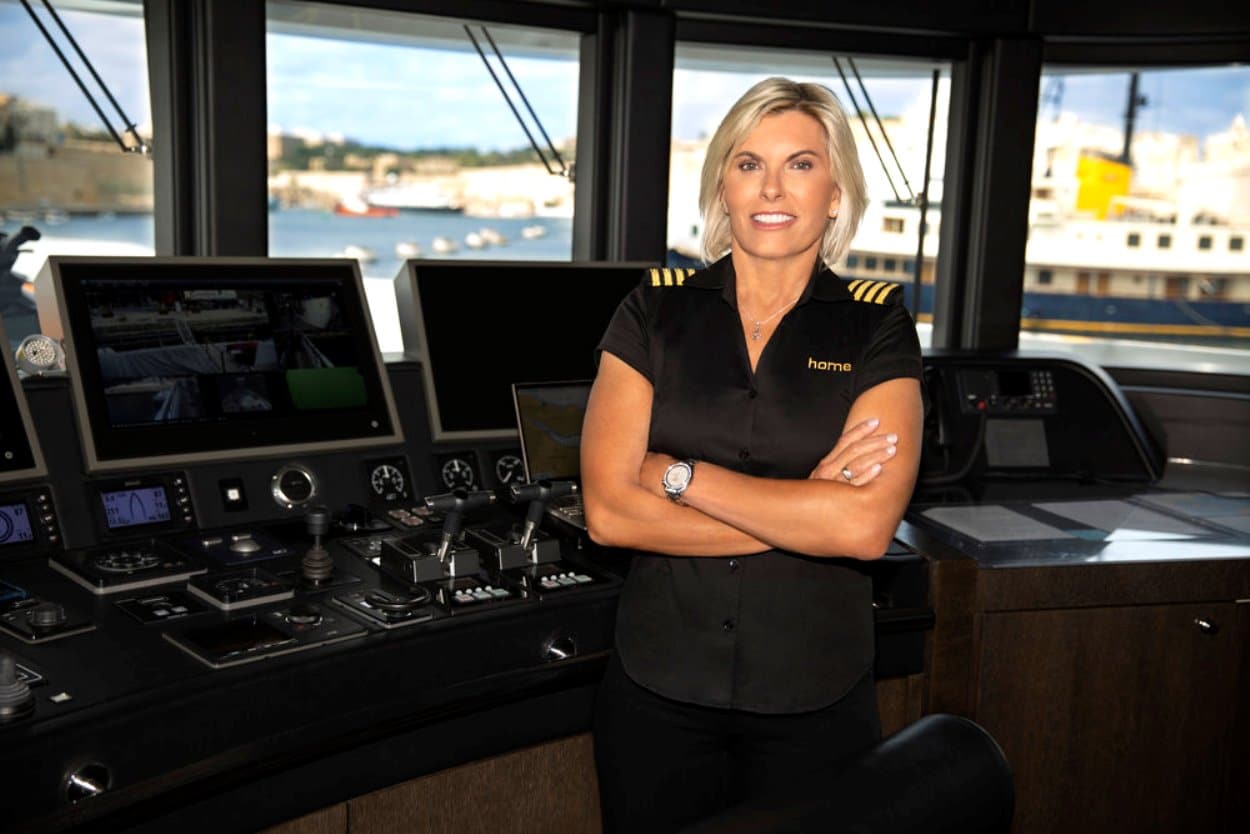 Below Deck: Mediterranean is back! The upcoming season seven trailer just dropped, and it does not disappoint.

In the trailer, we see Captain Sandy Yawn dealing with a whole new crew and department heads. Plus, on top of that, there’s a ship collision. It was a first for the veteran yacht captain, who reacted with a very relatable response: “F*ck.”

“This is my first time ever in Malta. This season for me, it’s a new place [and] a new boat with new department heads,” Captain Sandy says in Us Weekly‘s sneak peek at season seven. She confidently added, “Challenge accepted.”

Of course, it wouldn’t be Below Deck if there wasn’t some friction between the crew and ill-advised hookups between crew members.

During the clip, Captain Sandy has to address what she calls a “boatmance” between the new chief stew, Natasha Webb, and Chef Dave White.

“The chief stew and the chef have to work well together. It permeates through the boat,” Sandy says in a nod to the relationship interfering with Natasha’s fellow stews, Natalya Scudder and Kyle Viljoen.

Speaking of sassy Kyle, he ends up having his own issues with his fellow crew. In the trailer, he can be seen saying he’s had enough with some apparent drama, and he has held his tongue “until now,” saying that he’s been abused “for so long” during a crew’s night out. Those always end well, right? The trailer also shows Kyle allegedly hooking up with a guest. Those usually don’t end well either. Anyone recall the Hannah Ferrier guest situation?

Captain Sandy also has issues with the exterior crew, and at one point, she straight-up questions new crew member and bosun Raygan Tyler’s ability to handle his position.

“You gotta manage this deck. I don’t want to be the bosun,” Captain Sandy is seen reprimanding Raygan.

Also in the mix, the crew has one familiar face and a couple of new ones.

After Malia White’s somewhat “controversial” exit, Raygan will be taking over as bosun. Season six veteran Mzi “Zee” Dampers will still be on the show, and he’s joined by two new deckhands, Storm Smith and Jason Gaskell.

It looks like this season is shaping up to be a real drama-filled one. Per Us Weekly, the synopsis reads that “surprising friction in the galley intensifies between the Chief Stew and the Chef, who came onto the boat as colleagues and friends.” They added that the deck team will be facing an “uphill battle” after a crew member is “unable to adapt to high demands.” This then forces others to pull the extra weight.

Captain Sandy is hoping to learn from the past and not make the same mistakes that were made during season six after a physical fight broke out between Zee and former castmate Lexi Wilson.

“No one was giving me facts. You know, like, I didn’t have any facts. I just heard it’s bad. It’s real bad. That’s not [enough for me]. Write it out. Write a report, send it to me,” she told Us in September 2021. “[The crew] learns the minute they step on this boat, we go through all the legalities. But I never got that information, if they would’ve told me the facts, of course, I would’ve let her go sooner, but I never got them.”