Home Below Deck Mediterranean Below Deck Med: Natasha Webb Says Chef Dave’s Text Messages Were Worse Than What Was Shown and Opens Up About Their Relationship as Dave Speaks

Below Deck Med: Natasha Webb Says Chef Dave’s Text Messages Were Worse Than What Was Shown and Opens Up About Their Relationship as Dave Speaks 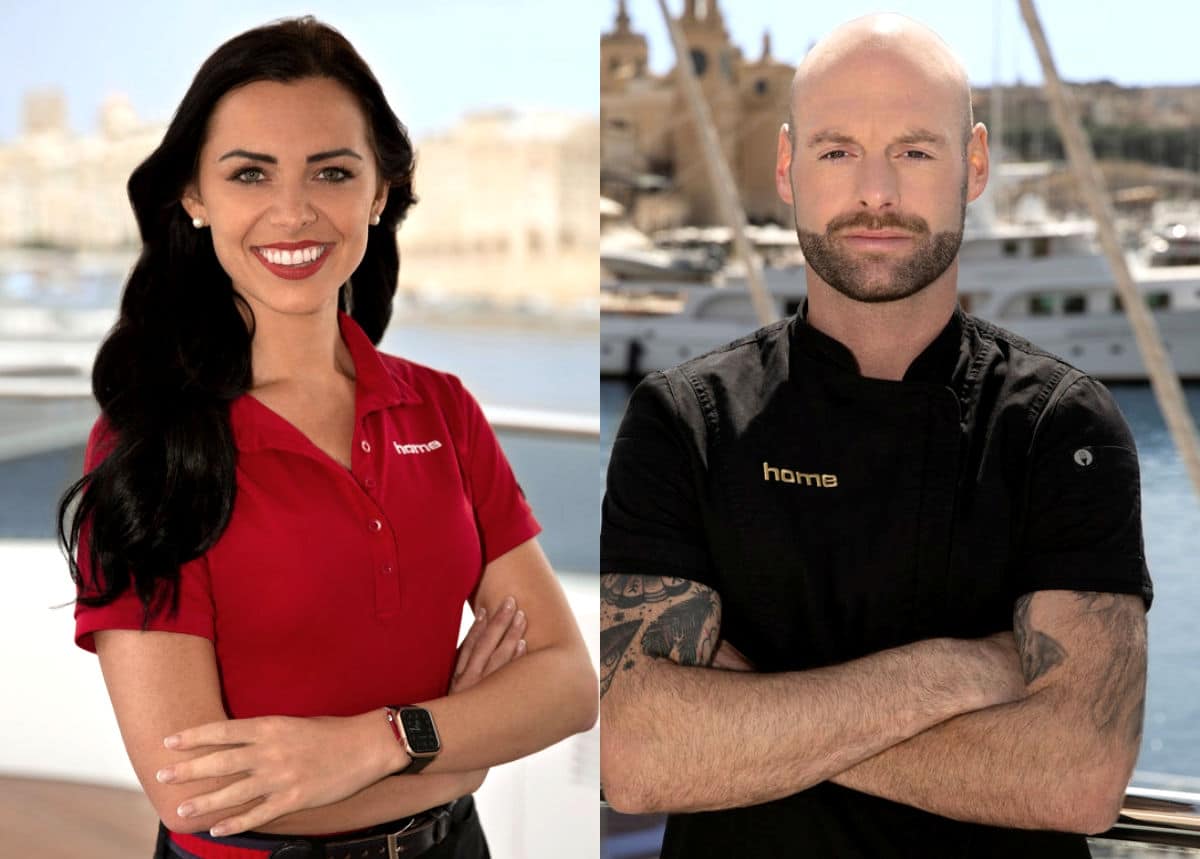 Below Deck Mediterranean’s Natasha Webb is in a forgiving mood even if fans aren’t.

The latest episode of Below Deck Med has caused quite the commotion after Chief Stew Natasha was on the receiving end of “threatening” text messages from hook-up buddy Chef Dave White.

The two have been caught in relationship purgatory for quite some time now as they have flirtatiously navigated working together and maintaining a professional relationship.

However, Dave took things way too far recently. He sent Natasha “drunk” texts threatening her and calling her derogatory terms, such as “wh*re,” after a boozy night out.

Natasha is claiming that the show edited texts and footage to make Dave look more sympathetic to viewers than what actually transpired between the two.

During a recent appearance on Watch What Happens Live with Andy Cohen, Natasha explained, “[The text messages] were pretty threatening… None of it was shown really. And I did feel really shocked at the time.

“Jason knows the real story,” Natasha said as deckhand Jason Gaskell sat beside her on WWHL. “That’s why. Dave’s side was portrayed very well, I must say. People have not seen my side because I hid it.”

However, Natasha says she is not one to hold a grudge, and she is willing to forgive Chef Dave’s drunken behavior.

“I’m a very forgiving person,” Natasha said. “I believe you should never hold a grudge against anyone, you never know what’s going to happen tomorrow.”

Natasha was also quick to add that she and Dave were never in an official relationship regardless of what fans have seen on the show, noting that the two just “hooked up” a few times prior to filming.

“Dave and I were never in a relationship,” Natasha said. “We never agreed to that. A month before joining Motoryacht Home we hooked up a few times. It was a very messy situation. I wanted to keep it a secret because it was a mess, and it was wrong. And I admit it was wrong.”

For his part, Chef Dave is 100% regretful of his actions toward Natasha, and he admits he was definitely in the wrong for his abhorrent behavior and texts.

“What I did and what I said were completely out of line,” Dave told outlet Decider. “No matter how much I felt ill-treated, I should have never sent her what I did. I’m absolutely gutted by my behavior and wish I could take it back. Even though I was super upset, there’s no excuse for what I did. I feel like I need to apologize to everyone because the way I reacted was disgusting.”

Dave says he can’t even bring himself to watch his past behavior in the episode, and he’s reflecting on if he even deserves a “second chance” after behaving in the manner that he did.

“To be honest, I can’t watch the episode. I don’t know how I came across. I obviously know what happened, but I don’t know. Do I deserve a second chance? I was out of order, and it was the second time I slipped up,” Dave admitted.

Does Dave deserve a second chance?