‘RHOC’ Kelly Dodd Claps Back at Melissa Gorga’s “Horrible” Comment Claims, Says She’s “Altered” Her Face and Accuses Her of Being a Snob 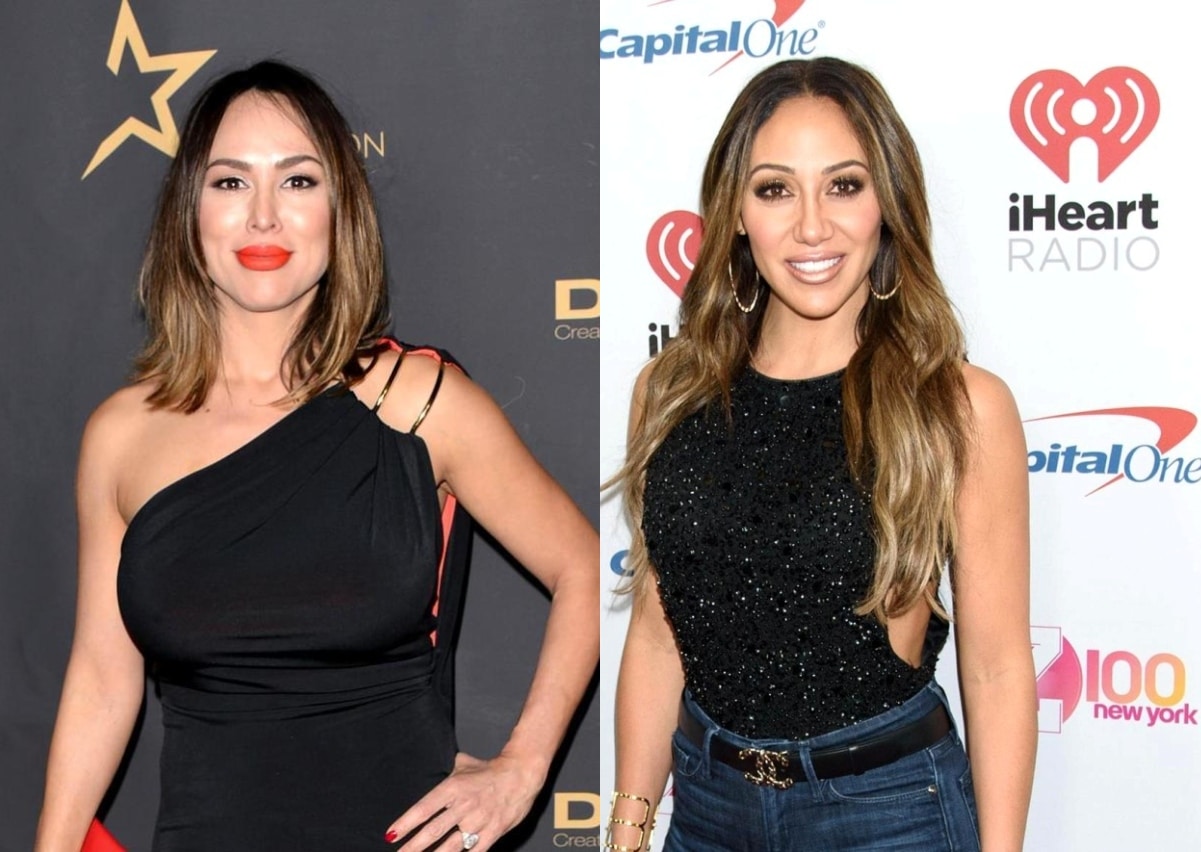 Thus were the words of Kelly Dodd uttered three years before her firing from Real Housewives of Orange County. Although her Bravo orange is long gone, Kelly’s controversial behavior is as alive as ever. The alum has gone head-to-head with several ex-colleagues from the network.

Her latest platform is The Rick and Kelly Show, where Kelly unleashes her thoughts on the current seasons of the franchise (alongside her husband Rick Leventhal). In a recent episode, Kelly discussed Melissa Gorga‘s plastic surgery, comparing her face from before and after.

Melissa then discussed Kelly on her On Display podcast while interviewing Reza Farahan from Shahs of Sunset, which was recently canceled. Reza first broached the subject, pointing out Kelly’s behavior.

“What I do notice is how repulsed I am by people that were formerly on shows and now they do commentary and it’s all negative. You know? And I’m not going to mention the people’s names but like I would never do that. It’s not my thing but like I would disappear,” he said, via Heavy.

“Like Kelly Dodd,” he answered before Melissa seemed to agree.

“She says the most horrible things about me,” said Kelly. “Can I just tell you? And any time I have ever seen the woman, she’s run to me. She’s like ‘hi, how are you?’ She talks about my looks.”

Reza then expressed his theory that jealousy was a factor. “In the world of the ‘Housewives,’ if I was going to put people that you could be envious of… you would be on the top of that hit list,” he said. “You’ve been on your show for so many seasons you do ‘Girls Trip.’ You have so much success, you have your relationship.”

After hearing about the podcast, Kelly made a special episode of her YouTube show. She first addressed Reza’s claim that he’d rather ‘disappear’ than talk negatively about a colleague.

“That’s so hypocritical,” said Kelly. “You’re on a podcast, Reza. I mean, duh. Are these people just complete morons? How is that disappearing?”

Kelly claimed she never trashed Melissa’s looks — she was simply stating that Melissa has an “altered face.”

She went on to say, “And that’s fine. I’m all for plastic surgery.” She then joked that she “made Rick get a nose job.” Rick, who was behind the camera (because he indeed was recovering from a nose job), said Kelly didn’t “make” him do it.

“I just love how people love to spin their BS, because what would she actually have to talk about? What does Melissa Gorga really actually have to say?” asked Kelly. “And by the way, when I always ran up to her and said hi to her… She was a snob.”

“She was very snobby to me. Yeah, and I did [approach her]. I’m the one that had to come up to her and say hello. She would look at me. I met her maybe five times, and she was a snob. ‘Hi,’ and she’d walk away, and not even give me the time of day,” added the star. “I didn’t care for her.”