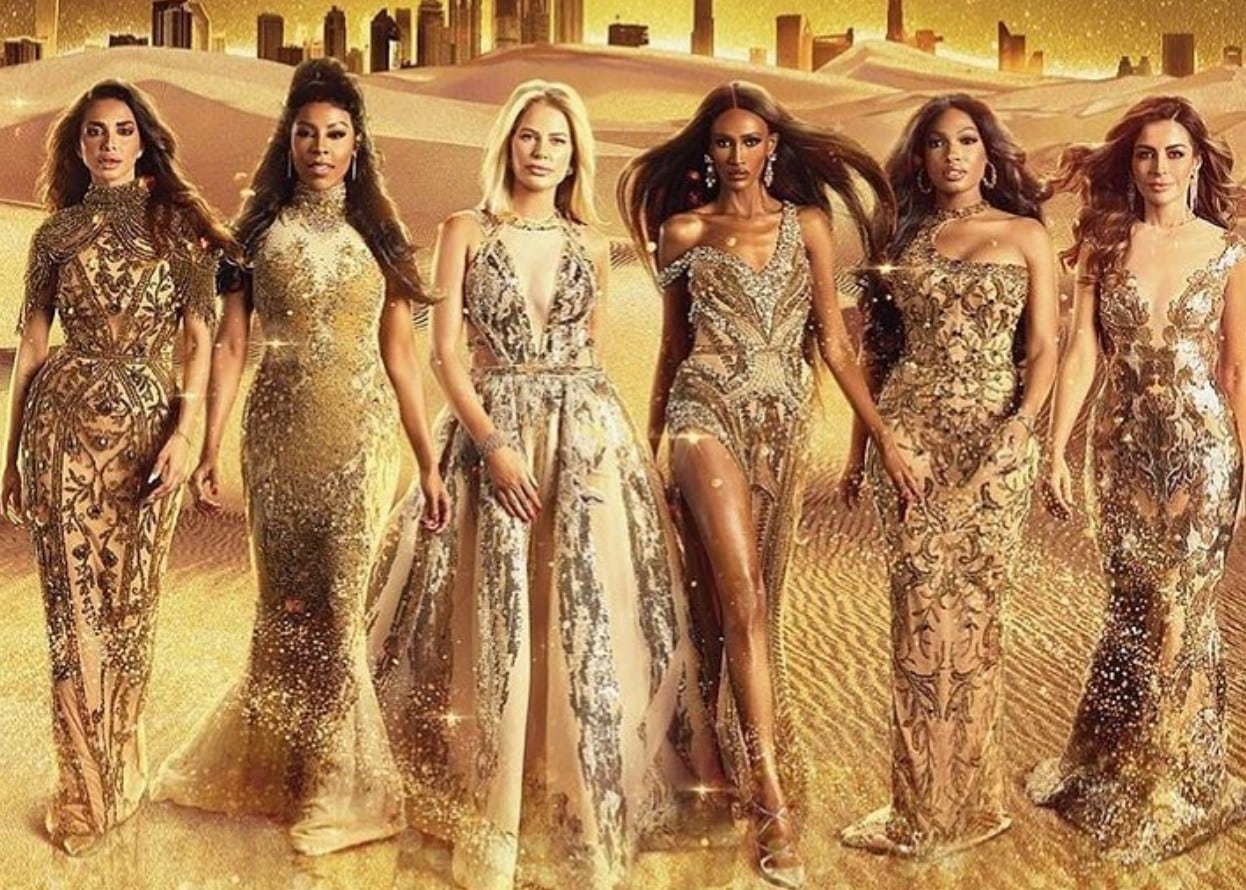 The fire of the Real Housewives of Dubai cast is just as hot on social media as it is on Bravo. In what seemed to be an endless supply of online battles, the cast proved their willingness to throw shade (even at Housewives from other franchises).

Many fans are at the edge of their seats waiting for the season one reunion when host Andy Cohen will address all the mayhem.

In a July 27 interview with Today, just before they filmed the anticipated reunion, Chanel Ayan, Lesa Milan, Caroline Stanbury, Caroline Brooks, Nina Ali, and Sara Al Madani opened up about the ongoing drama.

Chanel told the outlet she stands by her previous statement about Stanbury (i.e. Stanbury has a “collaboration relationship” with husband Sergio Carallo), though Stanbury told Today that the claim was “just ridiculous.”

Stanbury also said that Lesa (Chanel’s good friend) is “not genuine.” The Ladies of London alum thinks she’s “a better person” than Lesa because she doesn’t discuss Lesa’s marriage in the same manner that Lesa discusses hers. This, in Stanbury’s opinion, comes “from class.”

The Brit continued, “You just don’t do that to another woman. I don’t need to raise myself by bringing other people down. I will never be friends with that woman. She’s the one that has made my life very hard and very hard for me to make friends in this group from the beginning.”

What’s the source of Lesa’s grudge? “I think it’s because of my previous history and show, unless I murdered one of her family members without knowing it before,” answered Stanbury.

Lesa, however, gave the outlet a different tale: “Stanbury is the one that has the problem.”

She went on, “I feel like [Stanbury] is a Karen. When I say that, I mean, she’s the type of woman that throws darts, causes an issue and then says ‘fix it.’ Everyone watched it and saw I was not the problem, but then she expects an apology. She’s not going to get one from me because I don’t feel like I’m in the wrong.”

She also believes Stanbury is “intimidated” by Chanel and herself, though Stanbury stated that “Ayan feeds off of Lesa.”

Chanel, for her part, thinks her British co-star is a “hater,” and she behaves “holier than thou because she did a show that I’ve never seen before. We’re an ensemble cast, we’re all in the show together. It’s not her show.”

Chanel said their drama began in pre-production when Stanbury called Chanel, inquiring if she was hired to be on “her show.”

According to Chanel, once the series was greenlit, Stanbury would “not film with me intentionally, and always [was] causing issues for no reason without getting to know me as a person.”

Stanbury said her castmates had “preconceived ideas about who [she] was” based on her history with Ladies of London, which made filming “a lot harder” for her.

Will the castmates be able to move on? According to Lesa, “the ball is in her [Stanbury’s] court … [Chanel and I are] not the problem, but the solution.”

Discussing the upcoming reunion, Stanbury compared Lesa to “Pinnochio,” expressing, “It’s quite incredible. If [Lesa’s] nose doesn’t fall off at the reunion, it’s going to be a miracle.” According to Chanel, however, Brooks will tell the most lies at the taping “because she’s a pathological liar.”

One topic which will surely be addressed is Sara’s suggestion that Brooks be “closer” to her son. The comment was made after Brooks considered placing him in boarding school. Brooks, who was offended by Sara’s words, voiced her feelings to Nina, who relayed them back to Sara.

Nina told the outlet, “I was trying to be a good friend to Caroline, but I think maybe she was intoxicated and she forgot that she asked me to call Sara. She told me to tell Sara and called me at six in the morning. She was upset, rightfully so. I’m a mama bear, so I understand.”

The star added, “I can see both sides. No mother wants to be told what to do with your kids, how to raise your kids. So I completely understand that … I think Sara was coming from a place where she was just trying to give advice. She asked her, and that’s what I told Caroline. They each have their valid points.”

During Stanbury’s engagement party, Brooks admittedly yelled at Nina over the miscommunication. Nina explained to the outlet, “I thought [Brooks] was yelling at me as if I betrayed her, but she told me to tell Sara.”

Brooks claimed she and Sara are now “very good friends,” but she added, “I do still feel as though she was wrong. You don’t come into my home and tell me what I should do with my child. You know nothing about how I parent him. But look, if I reversed it back on her, she wouldn’t have liked it.”

Brooks apparently “watched the show through [her] fingertips,” as she felt her behavior was “so cringy.”

In Lesa’s opinion, Sara “overstepped” in the situation because Brooks just wanted “[Sara’s] opinion on boarding school, not parenting … [but I’m] on no one’s side, because Brooks overreacted.”

All the cast members agreed, however, that Sara was coming from a good place.

Nina shared, “I told [Brooks], ‘Listen, I’m sure that was not Sara’s intention. She wouldn’t purposely try to question your parenting.’”

Stanbury then added, “I think her best intentions are at heart, but I think it’s coming across as a little preachy.”

Another source of drama was Lesa’s claim that Nina called Stanbury “ghetto, ratchet, [and] trashy.” Nina, however, previously denied ever making this remark — so Lesa promised to show receipts at the reunion.

Nina declared, “She can bring all the receipts she wants, that’s fine. If that’s what she’s got, go for it. Stanbury already knows everything I’ve said about her, she told me what she said about me. … Lesa should be more concerned why as her friend of seven, eight years, she’s throwing me under the bus in front of everyone.”

“She should be more concerned and focused on that … What is your point? Why are you so determined to bring the receipts, do you think that’s gonna break my relationship (with Stanbury) up?” asked Nina.

Brooks added cryptically, “[Lesa] has receipts, we have a novel.”