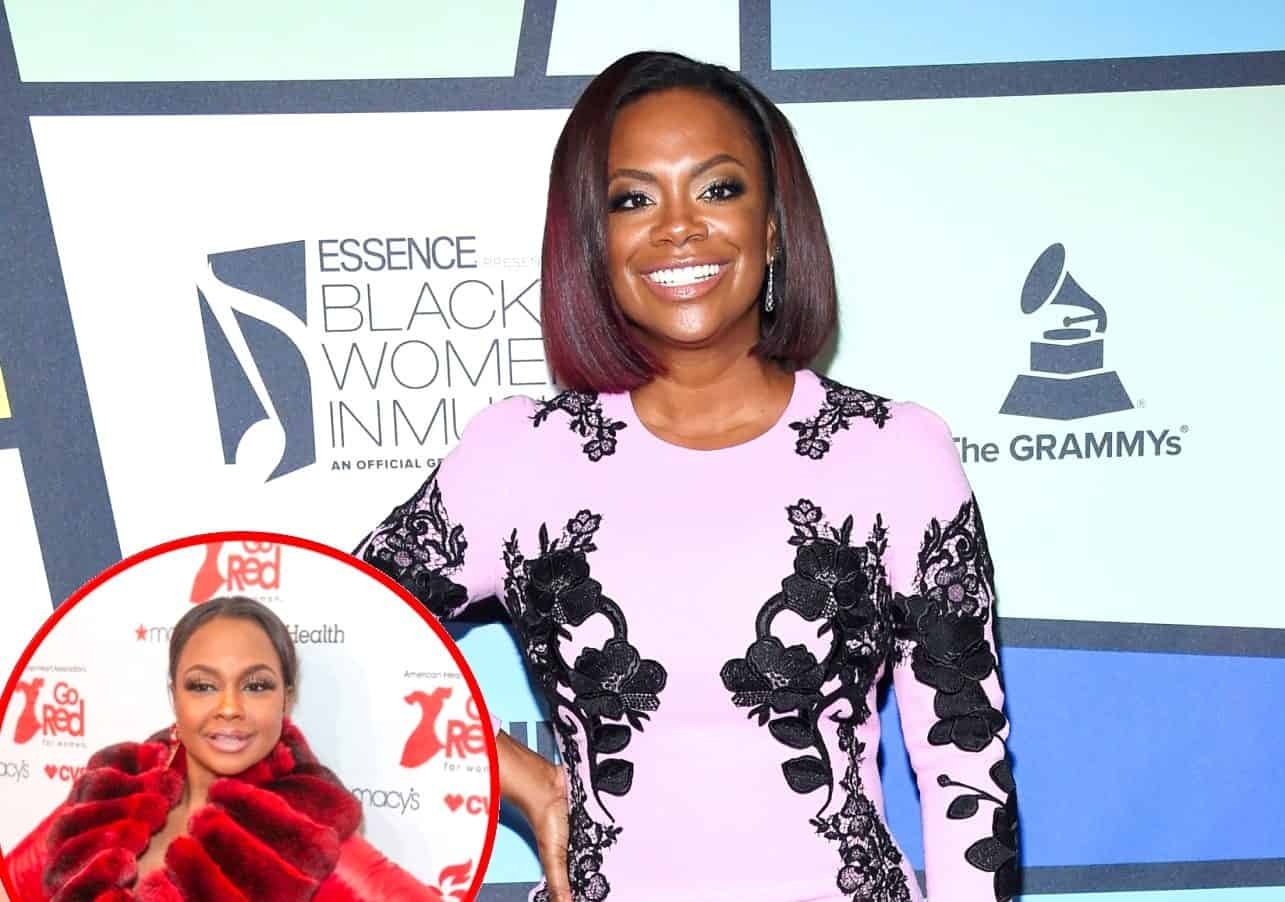 The famous mortician was ousted from her original show after season 9, when she reportedly spread a controversial rumor about castmate Kandi Burruss, who was once her friend. However, many viewers were confused by the firing, and argued that, if all the ‘Housewives’ who spread false rumors were let go, there would be very few ‘Housewives.’

In an interview People, Kandi was asked if she’d be interested in a potential new season with Phaedra. The star responded, “No, no … I mean, I’m just being honest.” The recording artist added, “I understand the fans want to support her, and I say, ‘Sure, support her.’ ”

Kandi then responded to fans’ speculation about her own exit from the show. She expressed, “I don’t really think about it … It’s going to be what it’s going to be. I enjoy being a part of the Bravo family. Regardless of whatever, I’m still part of it.”

When Kandi was asked if the upcoming reunion would be ‘spicy,’ the star shared, “Yeah can bet everything you got on it. It’s definitely spicy.”

I’ll tell you a little tidbit,” said Kandi. “I arrived, and I was like, ‘Who did this damn seating lineup?’ Because usually they sit you across from the person you’re feuding with. But there are a couple of people who were definitely not getting along during the season, and they sat them right next to each other! I was like, ‘Who came up with this? I always thought the point was to separate us!’ I came into the room and was like, ‘Ummm I don’t know if this is a good idea!'”

Unfortunately, Kandi’s castmates aren’t the only ones to be affected from the show. According to the star, her own daughter Riley has been the target of bullying. The mother-of-three said viewers have body-shamed Riley throughout the seasons.

“I despise it. It bothers me so much,” said the singer. “Everybody already knows that Riley dealt with her weight issues growing up in the public eye. People would make comments on her body and say things about her personal look, and it really boils my blood.”

Although Kandi believes she herself “can deal with anything” as a reality star, she never wants her children to be “bullied online.”

“The people who watch our show and who are on our show, sometimes they take things too far, and it’s not cool,” she continued. “It’s crazy. This is a TV show at the end of the day.”

Riley continues to be harassed online, even as a 20-year-old college student.

“Words definitely matter. I’ve seen one of my kids definitely get bullied multiple times,” said Kandi, who shared that “[last week] somebody was posting that [Riley] was pregnant, and she was so upset about it.”

“She was like, ‘Where are they getting this information from? Here I was feeling good about myself and losing and getting my body where I want it to be, and now they’re posting that I’m pregnant?’”

The recent conversation on bullying began when Garcelle Beauvais – from Real Housewives of Beverly Hills – called out viewers who wrote racist messages to her son, a 14-year-old.