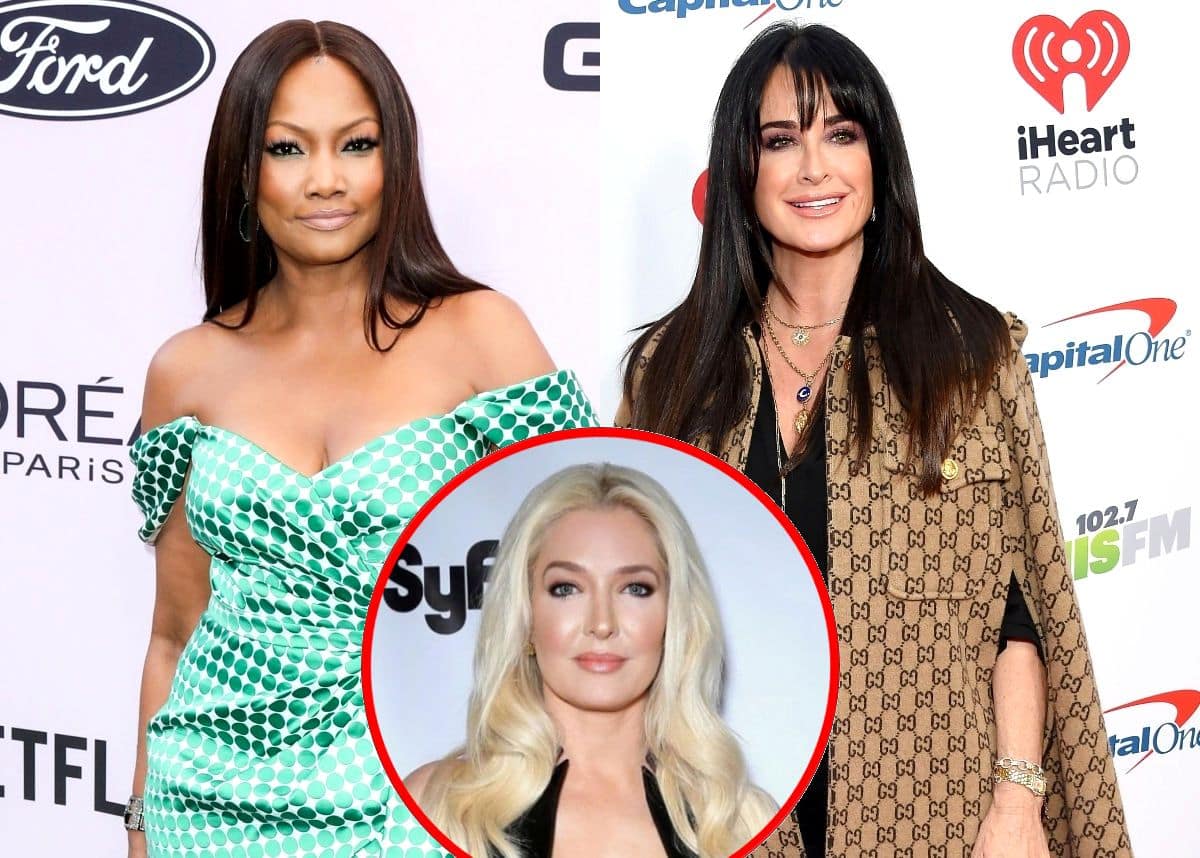 During the Aspen trip from hell, Real Housewives of Beverly Hills castmates fought in every direction. During an intense evening, Garcelle Beauvais and Crystal Kung Minkoff questioned Erika Jayne repeatedly over her lack of empathy for the victims in her husband’s alleged embezzlement. Again.

This time, however, in a surprise twist, Erika’s friend Kyle Richards joined the firing squad, calling her out for saying she only cared about herself. This turned into a rare yelling match as the co-stars’ relationship was tested. But the next day – much to Garcelle and Crystal’s chagrin – the castmates made up.

In a deleted scene from Crystal’s birthday party, which occurred after the trip, Garcelle discussed her issues with Kyle’s forgiveness.

“Erika and Kyle seem to have made up really quick in Aspen,” declared Garcelle, in a conversation with Dorit Kemsley, Sutton Stracke, and Crystal. “And you [Dorit] made up quick with Kyle too.”

Dorit explained that she and Kyle are like “two little annoying sisters that fight and argue.”

Sutton then argued, “I think what’s more surprising is how quickly the apologies are taken.”

When Dorit questioned her meaning, Garcelle stepped in: “It feels like with Erika and Kyle… It just seems like you guys made up really quickly and when it’s anybody else, it’s not so quick.”

Dorit said she didn’t have the heart to “leave someone or not be there for them.” She also added, “If I have to explain myself, which I do and I did, and I explained myself to Kyle… I don’t believe you [all] would do anything different.”

In a confessional interview, Crystal stated, “There’s definitely a few people in this group that protect each other at all costs, and they hold none of each other accountable.”

The 39-year-old continued, “And if they do something wrong, they just get a little slap on the hand. But with us, the wrath comes out. And I’m really sick and tired of the double standard.”