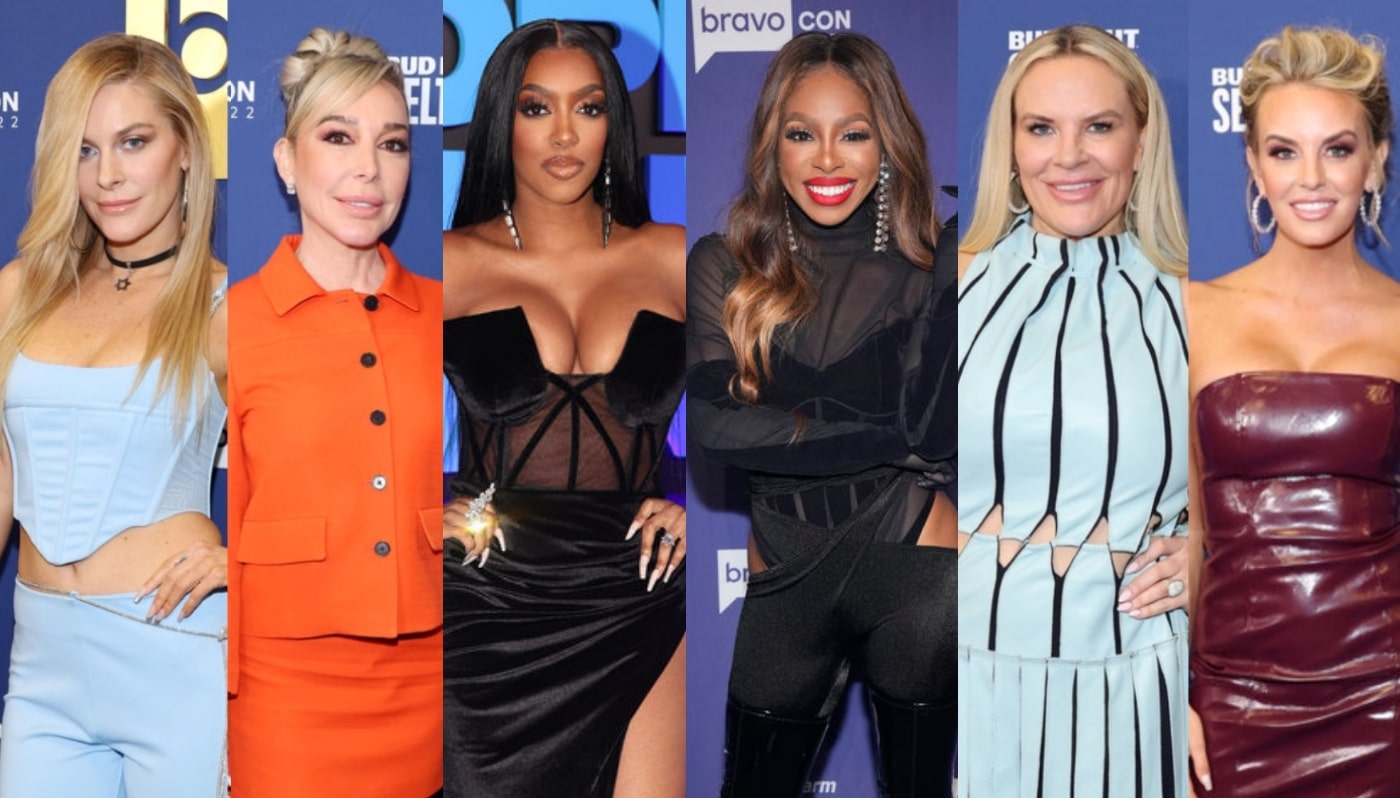 When the season three cast of Real Housewives Ultimate Girls Trip was revealed, little was known about Heather Gay’s fallout with her cousin Whitney Rose, which occurred before their trip to Thailand.

But as we now know from the current season of Real Housewives of Salt Lake City, their feud began when Whitney suggested Heather was lying about her knowledge of a rumor involving Lisa Barlow. Their cousinly drama, of course, didn’t end in Salt Lake City, but rather, it carried over to Southeast Asia.

In a season three trailer of RHUGT, shared by All About TRH on Instagram, Heather seems to tell Whitney, “You chose a TV show over me, and that is a compromise of character!” The Beauty Lab owner also states, “I don’t owe you anything for you to be loyal to me as a f**king cousin!”

In a scene with Gizelle Bryant, Heather addresses her mysterious facial bruise. “I don’t recall how I got [my] black eye,” she says, before Gizelle responds, “I don’t believe you. No one believes it!”

Later on, Candiace Dillard Bassett tells Gizelle, “You can kiss my a**!”

In another clip, Porsha Williams tells co-star Leah McSweeney, “You don’t like me, I don’t like you… Leah, bye.”

“Porsha, bye,” Leah claps back. Next, the stars go back and forth repeating goodbye to each other.

Leah also has a problem with Marysol Patton, telling her, “Marysol, you’re in a bad mood because your stomach hurts. It’s not my fault that you’re drinking vodka every morning.”

In the next scene, Marysol tells her friend Alexia Echevarria, “Alexia, this [discussion] is between me and Gizelle.” When Alexia tries to respond, Marysol yells back, “Stop!”

Alexia then throws shade at Candiace, saying “Candiace is rubbing off on you [Marysol]… screaming rubs off!”

Eventually, Candiace alluded to Porsha’s fast engagement to Simon Guobadia, which began when Simon was legally married to Porsha’s co-star Falynn Guobadia. “The rumor was that you stole somebody’s man,” says Candiace on the trip.

In a separate scene, Porsha calls out Candiace, saying, “I can use my mouth to talk about things!”

During another surprising moment, Heather tells the group, “Let’s get Leah drunk!”

Leah, who’s openly discussed her involvement with AA, claps back, “Heather wants me to relapse on this trip for her own entertainment.”

Toward the end of the video, a Housewife who seems to be Leah is lying on the floor as several castmates attend to her.

“I don’t want to die!” she yells before one castmate tries to comfort her. She then adds, “I’m not wearing underwear.”

At a different moment, Leah walks up to the group and declares, “You guys just gave me my period!” After sarcastically telling them “thank you,” she asks, “Does anybody have a tampon?”

The premiere date for Real Housewives: Ultimate Girls Trip season three has yet to be announced.