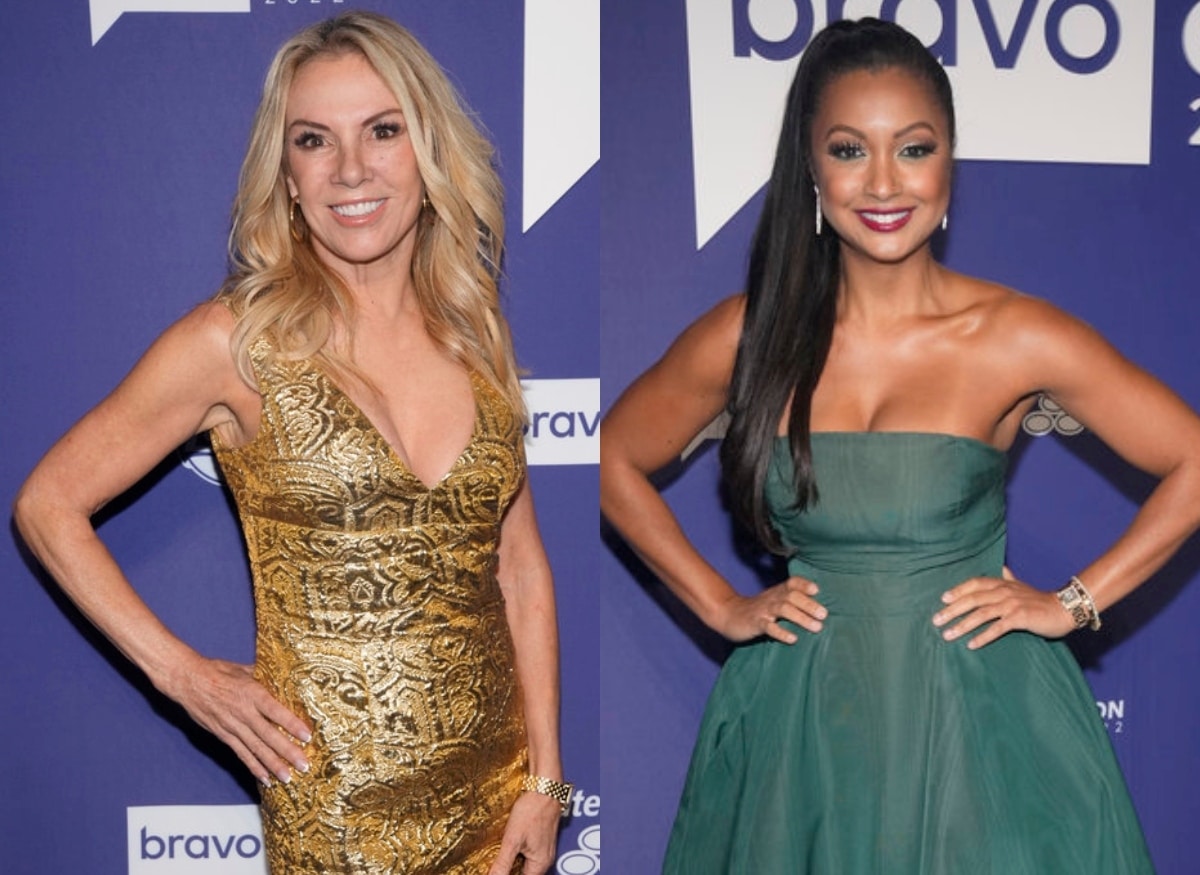 In 2021, the fate of the Real Housewives of New York became a question mark when the show was placed on hiatus following an investigation into Ramona Singer’s allegedly racist remarks. The star was reported by castmate Eboni K. Williams.

After the investigation concluded, Ramona was purportedly cleared of any misconduct, though many fans still feel outraged for the 65-year-old, who’s been on the show since season 1.

In a rare interview for the Reality With The King podcast, with host Carlos King, Ramona opened up about the show.

She shared that the reason she joined RHONY was to promote her “True Faith Jewelry” brand with then-husband Mario Singer.

Ramona was asked if RHONY lost its magic in recent seasons.

She said she was “very disappointed that they got rid of everybody starting fresh,” and believes the decision was made because “they were afraid of a backlash.”

Ramona shared that she and Eboni are “friendly,” and still are in contact. The star, however, suggested Eboni “wasn’t cast” to be an educational voice, despite her costar’s alleged belief that this was the case.

According to Ramona, Eboni ‘tested’ with Luann de Lesseps before the season, and “was a totally different person and talked about totally different subjects. She did not show this other side of her, so no one knew this is what she wanted to talk about.”

She also hinted that Eboni’s breakup with “a very wealthy Jewish man” perhaps affected her storyline.

“That whole relationship fell apart, and maybe this is the only thing she had to fall back on, was to talk about, you know the struggle of herself, of her race … I think she felt she had to take a stand, and because of that we lost viewership, [but] I respect her for wanting to take a stand.”

She went on to say, “No one wants to be preached [to]. It almost felt like she was a teacher to us … I was bored to tell you the truth.”

Ramona also suggested that producers should’ve changed the subject when Eboni discussed politics on the Salem, Massachusetts trip. At one point, Ramona went to the bathroom and called an executive to get producers to switch the subject, but was told, “‘You figure it out.'”

“I’m like, ‘Ok gosh, it’s on me again.’ So I walk out, and I go, ok I’m gonna just change the mood. ‘Alright girls, come on, let’s dance. Let’s have some turtle time.’ And they turn around [and say] ‘Oh, you can’t talk about serious subjects.’ Yes I can but I don’t want our viewership to fall, go down the tubes. And that’s when I knew our show was not gonna be a great season.”

Ramona also claimed RHONY was scheduled to film season 14 until Eboni “made some accusations that weren’t true about me … She went to Human Resources, which was really hurtful to me, and plus it was not true, it’s founded untrue, that I was a racist … and the press picked that up, and they had a field day … I actually went to a lawyer to say, ‘Can I sue The Post?'”

She said this was the reason they didn’t have a reunion – and not because she was afraid to face Eboni.

Ramona shared that Eboni “likes to write things in the press, and the PR department couldn’t control her. She would say things and give interviews that she shouldn’t have given.”

She also revealed she had a conversation with Eboni, asking her why she went to HR to report her for racism. “[Eboni] goes, ‘Well, cause you know, Dave from People told me A, B, C and D.’ Well, I know Dave never said that. Plus I know … other things that she said that came back to me from head people at Bravo, which they said, ‘I don’t know where she got this information. She’s making it up. We never said that. So she was found wrong on a lot of accounts.'”

Ramona said that, during the investigation, she shared a video which Eboni allegedly sent Ramona after reporting her. The alleged video was very positive, as Eboni called Ramona a “sister,” and claimed her mom loves Ramona.

“They were shocked [after I sent the video],” said Ramona. “So she’s acting like she’s my best friend, and she loves me, but yet she’s accusing me of horrendous things that could ruin my career.”

When asked if she’ll be a part of RHONY Legacy, Ramona answered, “I don’t know … I don’t know if I want to do it again, for a lot of reasons. I’m much calmer now that I haven’t done the show … I also feel like the legacy [show], like how could it be really good? The people they’re gonna bring back are the people they didn’t want to renew anyway. So now what are you gonna call it? The Loser Show? The Loser Legacy?”

When asked if she’d film with alums Kelly Bensimon and Jill Zarin, Ramona hinted there’s a “reason” they weren’t renewed in the past.

If Ramona could choose, she’d work with Luann, Sonja Morgan, some newbies, and Dorinda Medley – as a part-time cast member until Dorinda “proved herself.” She said she doesn’t believe Bethenny Frankel wants to come back, as she’s still getting “love and attention” from fans through her podcast.

Ramona then revealed why she skipped Teresa Giudice‘s wedding (after accidentally leaking the invite).

According to Ramona, Teresa called her within “3 minutes” of leaking the invite, and told her to take it down. When the host indicated that Teresa wants Ramona to compensate her for extra security, Ramona declared, “I don’t think that’s true, but ok. I think it makes a good story. I don’t think that’s the truth. And guess what? It was filmed. So Bravo had to pay the money, and they have deep pockets.”

When asked if she was in love, Ramona said she’s in “heavy like” with someone who lives in New York. “I don’t really want to talk about it,” she explained, “but it’s very, it’s really nice. Let me just tell you it’s really nice.”

Ramona said the show isn’t always about “empowering women.” Though she called it a “fun show,” the star also expressed, “A lot of times they’re kind of condescending to women I think a little bit, in my opinion.”