Leah McSweeney on Moment She Called Cops on Her Parents, Plus She Addresses RHONY Reboot 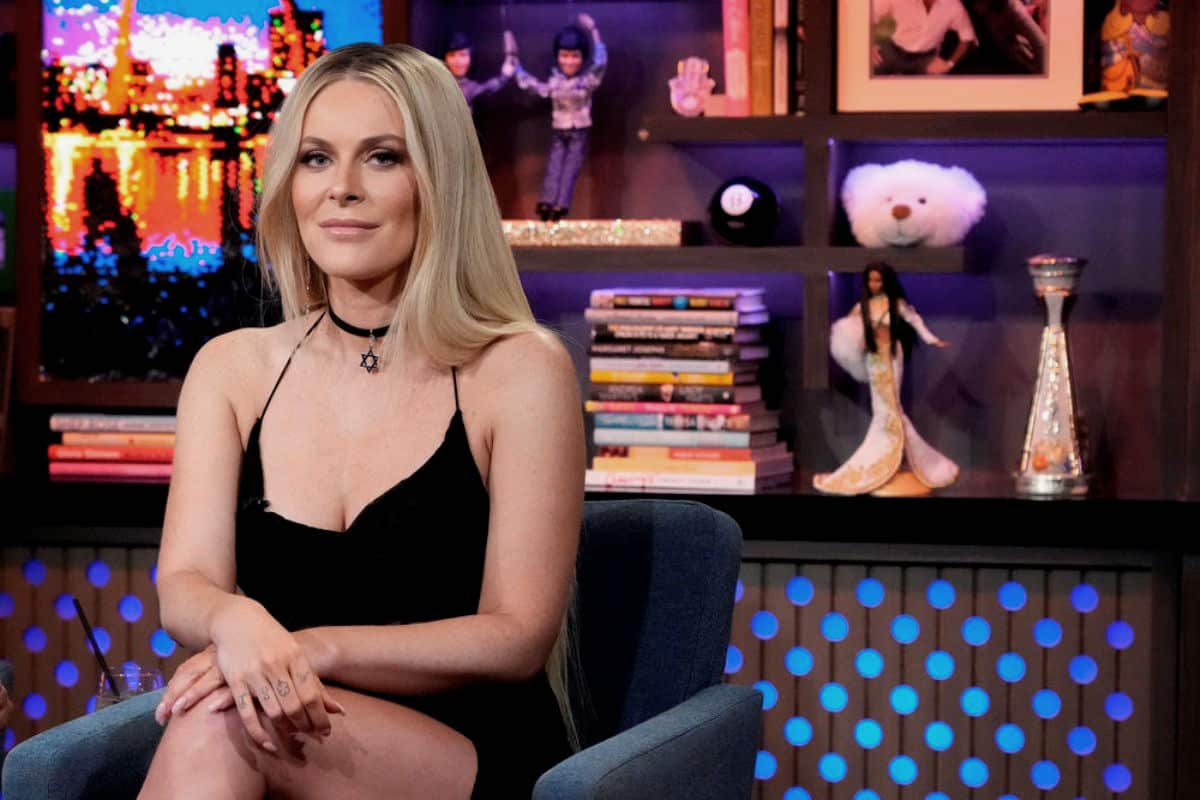 As she promotes her new book, Chaos Theory, Leah McSweeney is unleashing some undisclosed memories. During her teens, the Real Housewives of New York star battled an addiction to drugs and alcohol.

The fashion designer has a rocky history with her parents, who clashed with the teen as she struggled with the addictions.

In an interview with WWD, Leah shared a harrowing story that involved her mom and dad.

“When I was 16 I called the cops on my parents,” she said. “The cop was like, ‘you have to let her go,’ and my mom followed me outside to where the taxi was and tried to physically keep me.”

The memory is meaningful for Leah because she now has a daughter of her own. She expressed, “Now being a parent, knowing the kind of terror that was going through [my mom’s] head, that I was maybe going to overdose that night…and at the time, I had no idea what I was doing and how much pain I was causing them.”

“And that was just one of hundreds of things that happened like that. That was hard, thinking about that. I can’t imagine my daughter having an addiction issue at such a young age, and having to worry that she’s going to die every night. How the f–-k do you sleep?” she asked. “If she’s had a hard day at school I’m a mess.”

Leah’s rehab counselors asked them to “‘look through her diary to find out how [much] drugs and drinking she’s doing.'” Later on, her parents told Leah, “‘We know what you did with so-and-so and so-and-so.'”

Finally, Leah addressed the franchise’s big news (that RHONY will be split in two: one with ‘legacy’ stars and another with new castmates).

The 39-year-old doesn’t know if she’ll get a spot on either show, but she admitted, “I feel great… I feel grounded and I feel like I don’t need to worry about things, that the universe takes care of them for me.”

She added, “I enjoy being on the show, and I’ve enjoyed working with Andy and everybody. In the future we have to see what happens.”

Leah is “confident” Bravo will “make the best decision and the right decision when the time comes.”

Of all the theories floating around the Bravosphere, one is that Leah and Eboni K. Williams will land the reboot while Ramona Singer, Luann de Lesseps, and Sonja Morgan transition to ‘Legacy’ — which is set for Peacock.

Bethenny Frankel revealed she was approached for ‘Legacy,’ but she didn’t confirm if her salary requirement was accepted. According to rumors, the other castmates’ paychecks are getting slashed.