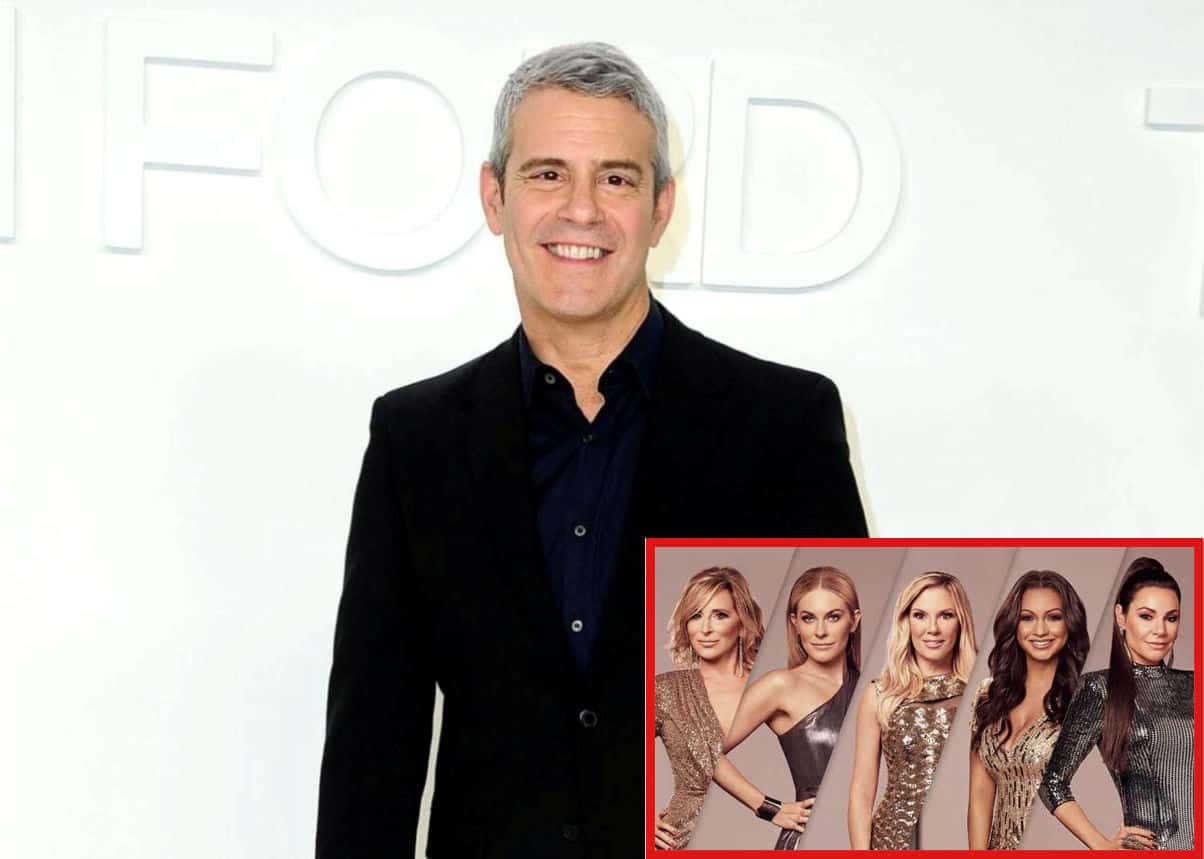 Andy Cohen is making some major changes to The Real Housewives of New York City.

As the long-running executive producer of the franchise, he’s just revealed that he and his team will be rebooting the show from scratch as they take “everything that our passionate audience has really been telling us over the last year” into account and including several past members of the series in an all-new show.

“We’re at a crossroads for RHONY,” Andy said during a March 23 interview with Variety. “We’ve spent a lot of time figuring out where to go. And the plan that we’ve come up with, I think, is a real gift to the fans.”

First on his list, Andy will be zoning in on the casting of RHONY season 14.

“There are thousands of stories to tell here,” he said. “This is the most multicultural, diverse, and energetic and exciting city in America: We are searching for a multicultural group of friends who really best reflect the most exciting city in the country. We’re looking for a group of women who are real friends, and who are of diverse backgrounds, races and religions.”

During season 13, the show welcomed its first Black cast member in Eboni K. Williams. But in terms of the future, her potential inclusion in season 14 will be based around her friend group.

“We are interviewing multiple groups of friends,” Andy stated. “So certainly if Eboni is interested and has friends that would meet our casting goals, then of course they would be considered.”

Andy will then put a plan into place for an OG series, which could be deemed RHONY: Throwback or RHONY: Legacy. And as he looks forward to casting that show, he’s expecting to hear from Jill Zarin, who appeared in a full-time role on the first four seasons.

The RHONY reboot is “being developed and produced for Bravo.” But, as Andy noted, a platform for the OG series has not yet been decided, although Peacock is certainly a possibility.

“Our loyal fans have spoken as to what they want to see and what they don’t want to see — and we’ve taken that all into account,” Andy said of the OG series. “And this is a series where you’re going to expect to see fan-favorites from the show’s great history. It’s organic, you know? They were in each other’s lives, and they are in each other’s lives. We’re looking at people who are beloved by fans.”

While Andy is certainly excited about both shows, it’s the reboot he’s focused on currently.

“I’ve got to tell you that in my almost 20 years working with Bravo, to me, this is the most exciting casting proposition that I’ve been involved with,” he exclaimed. “We are quite literally looking for who will be the new Real Housewives of New York City! And I think this represents a tremendous opportunity for a rebirth of the show.”

“I want us to find five new stars that nobody’s ever heard of, who have real connections to each other. Who are friends,” Andy continued. “I want it to be fun! I want it to be funny. I want it to tick the boxes for everything that we love about the Housewives. They’re fun, they’re outspoken, they’re dramatic. They’re aspirational. They’re successful, they’re opinionated. And they’re their own group.”

Regarding the OG series, Andy went on to reveal that he hasn’t made any firm decisions quite yet regarding who will be included. That said, he did respond to a question about two of RHONY‘s longest-running cast members: Sonja Morgan and Luann de Lesseps.

“Sonja and Luann have been a part of the show — for Luann, from the beginning, and Sonja since Season 3. So I think, in theory, sure!” he shared of their potential inclusion. “I could talk to you about hypothetical situations involving a lot of people that used to be on the show. I think the good news is, that’s a group that’s all still in each other’s lives.”

Andy also said that while he “can’t imagine [Bethenny Frankel] wanting to” be a part of the OG series, he would “never turn down a conversation” about her coming back.