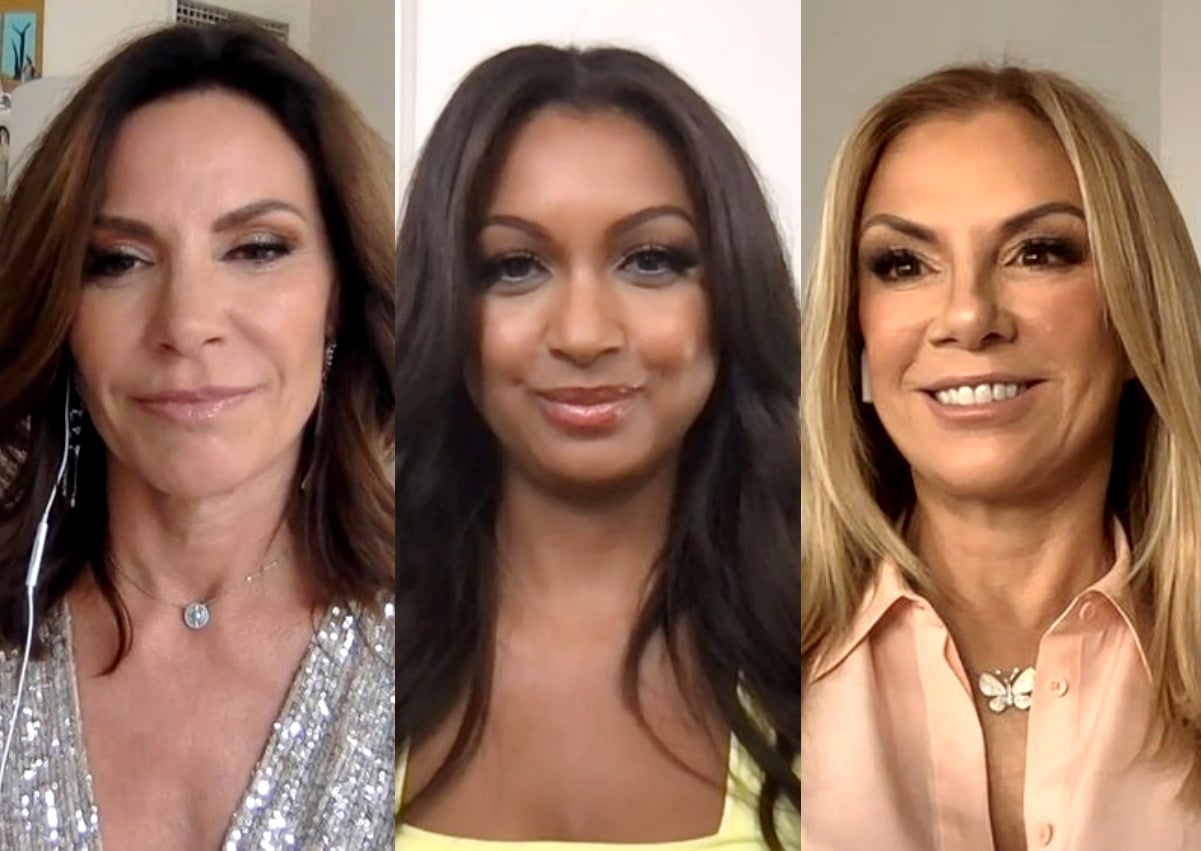 After the Real Housewives of New York City reunion was canceled, allegedly due to an extended investigation into an allegedly racially-charged statement Ramona Singer made amid production on season 13, Luann reacted to the possibility of Eboni leaking the information. Then, she addressed a number of other Real Housewives hot topics.

“It just makes me wonder who the spies are and who are the people around us that we can’t be trusting,” Luann admitted on the December 6 episode of Hot Takes & Deep Dives after being asked about the leak. “It feels unnerving. It’s like, is there a thief in the house? Is there somebody stealing something from me while I’m having a shower? I’m not quite sure where it’s coming from but that’s a little worrisome.”

Then, after the host pointed out that Kyle Richards once said, “You always have to look at who the story benefits,” and noted that it was quite clear who the story, which included just Eboni and Ramona, benefitted in terms of the investigation, Luann agreed.

In addition to taking issue with the person behind the leak, who she did not name, Luann said she’s also upset to see a spotlight being placed on the criminal behavior of a number of Housewives.

“I just think it’s unfortunate. I don’t think any of it’s a great example for young women out there. But they’re following people’s lives and you just never know,” she said, asking, “Did you think I went to Palm Beach thinking I would get arrested because I was drunk in my hotel? I was a woman in jeopardy that needed some help, and instead, they slapped handcuffs on me, took advantage of me, and that’s what really happened.”

As RHONY fans may have heard, the man who arrested Luann in December 2017 has since been accused of making unfounded arrests.

“The police officer who arrested me is now in jail for making false arrests against people. I was in a very bad situation,” Luann noted.

Speaking of Erika Jayne, of The Real Housewives of Beverly Hills, Luann said she isn’t convinced Erika was involved in estranged husband Thomas Girardi‘s crimes against his former clients.

“Does she know her husband did those things? We don’t know that. She could be a victim as well. Just like [Teresa Giudice],” Luann stated. “She didn’t know what she was signing. So, these women are also victims in a lot of ways. Now, Jen Shah, that’s a whole nother story. That is something that she seems to be accused of and we’ll have to wait until the jury is in on that one.”

“To be following these women when these things are happening, I’m sure they’re like, ‘TV Gold!’ But, it’s hard to watch people go through that kind of thing,” she added.

Looking ahead to the upcoming season of RHONY, Luann said she’s open to a lesbian or transgender cast member.

“We need to mix it up. Bring it on. We could absolutely use somebody who is LGBT. If I was one of the producers, which, after all this time, they do weigh in with me on terms of who they cast because I’ve been doing this a long time, certainly I’m open to it.”

The Real Housewives of New York City season 14 is expected to return to Bravo sometime in 2023.