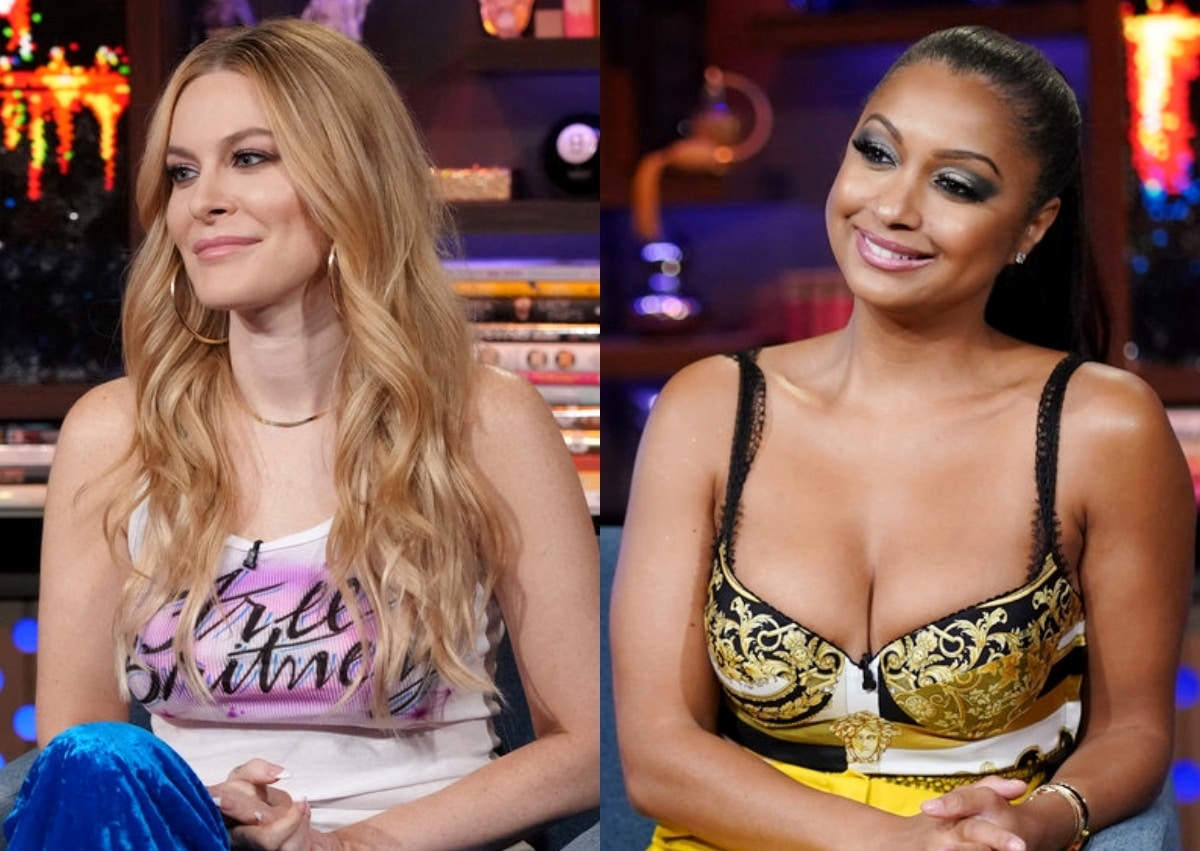 Leah McSweeney formed what appeared to be a close friendship with Eboni K. Williams amid filming on the 13th season of The Real Housewives of New York City. But where do they stand today?

Following a report claiming Leah, Ramona Singer, and Luann de Lesseps snubbed Eboni at last week’s Not All Diamonds and Rosé: The Inside Story of The Real Housewives From the People That Lived It book launch by bolting as soon as she arrived, Leah revealed the two of them haven’t spoken for some time.

“I honestly haven’t talked to her, haven’t seen her, haven’t heard too much from her,” Leah admitted to Entertainment Tonight. “I think she was traveling? But everything’s OK.”

According to Leah, she’s “cool with everybody” from the show and has “moved on” from any issues that arose during filming.

As for her potential return, Leah said she’s on board with RHONY season 14 — if it happens.

“Of course, I think I would definitely [come back], absolutely, because I really wouldn’t want the last season to be the way I went out, just because it was a weird season with COVID and everything,” she explained. “I think RHONY‘s definitely coming back. Who’s gonna be a part of it, I have no idea. And when it’s coming back? I don’t know.”

As fans well know, the RHONY season 13 reunion was canceled after the ratings plummeted.

As she awaits a possible start date for filming on season 14, Leah is focused on her upcoming book, Chaos Theory: How to Embrace the Unexpected and Find Meaning in the Madness, which is described as part memoir, part atypical self-help guide.

“I’ve been working so hard on this for so many months and I’m just so excited to share my journey with mental health and addiction issues that I think, I’m happy to talk about it in a way that I have more control over it,” she explained. “It’s a different platform than the show. I can be more detailed, I can tell people more about it. So, I’m just excited about that part.”

“There’s no editing, there’s no one to, like, yell at me, yell back at me or react towards me. So it’s been a really, like, just a freeing and amazing process,” she added.

Leah has been featured in a full-time role on The Real Housewives of New York City since season 12.