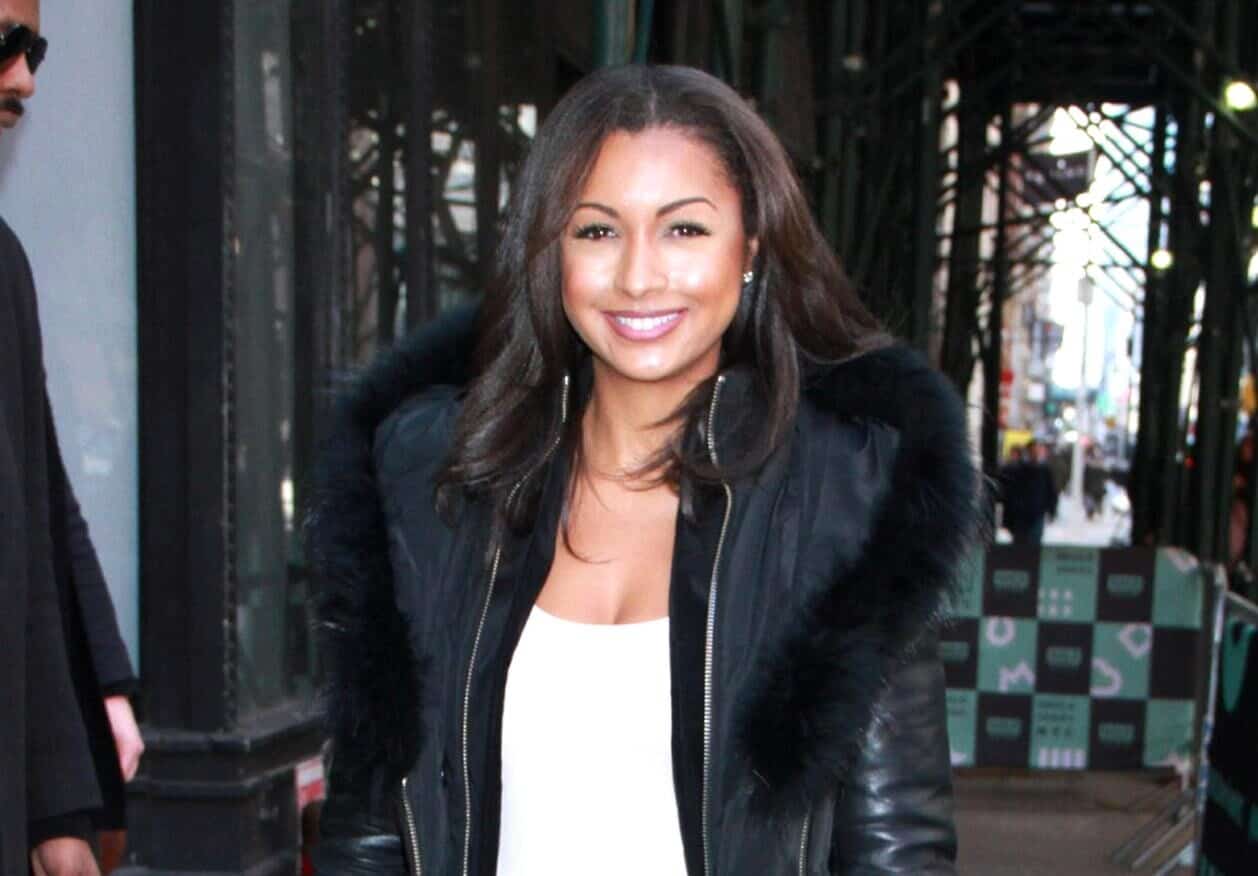 Eboni K. Williams is taking a break from social media for the next two weeks.

In a video shared to her Instagram page on Tuesday, the newest member of The Real Housewives of New York City cast said that as viewers watch the upcoming episodes of the show, she’ll be taking a step back to let them have their own discussions and to protect her peace.

“This season is different. We’re in a pandemic. We’re in the middle of the most dynamic call to action around racial reconciliation, certainly in our generation and we’re in the heartbeat of it all in New York City so we’re doing a heavy lift here,” she continued. “[And] I’m not doing it by myself. I’m doing it with my castmates and the support of our network.”

According to Eboni, she’s taking a break from social media because she wants viewers of RHONY to have discussions and debates about what they would be seeing on Tuesday night’s episode and the episode that airs next week.

“I’m going to pull back to protect my peace because I know a lot of that conversation and discussion is going to be rich and in dynamic and important and productive. And a lot of it’s going to be some bullsh-t,” she stated. “Some of the people that live on social media and live to make other people’s [lives] a terror and a horror, I’m not here for it. And I won’t be a part of it.”

“It’s not about who’s right and who’s wrong. This is about leaning in, listening, making space for the ability to sit with someone else’s pain, even when you don’t understand it,” she added.

Eboni also gave a special shoutout to her “good sis” Leah McSweeney, who she praised for raising her 14-year-old daughter, Kier, “beautifully,” and she shared kind words for the “good, brilliant, beautiful, loving people” of Tulsa, whose community was burned to the ground 100 years ago.

“This was the highest population of Black wealth in America at the time and they had managed to build an incredible amount of wealth and self-sustainability, real estate, banking, hospitals, schools, you name it, and one gentleman, who was an attorney, had his law practice burned down and the day after his practice was f-cking burned to the ground, this man set up a tent and started practicing law out of a tent in the face of terrorism,” she revealed. “So there’s nothing that I can’t do. There’s nothing my people can’t do.”

Following Eboni’s post, her RHONY co-star and friend, Leah, shared a post of her own, thanking her for having her back amid season 13 and applauding her as a “gem.”

“Thank you for holding me, standing up for me and being there for me in every way. You are a gem. ILSYM. No one could ever!” she wrote. “[Eboni K. Williams] is taking some [time] off from social cus the next couple episodes are heavy (and let’s be real this platform can be toxic af) but as she said in her live she will be back.” 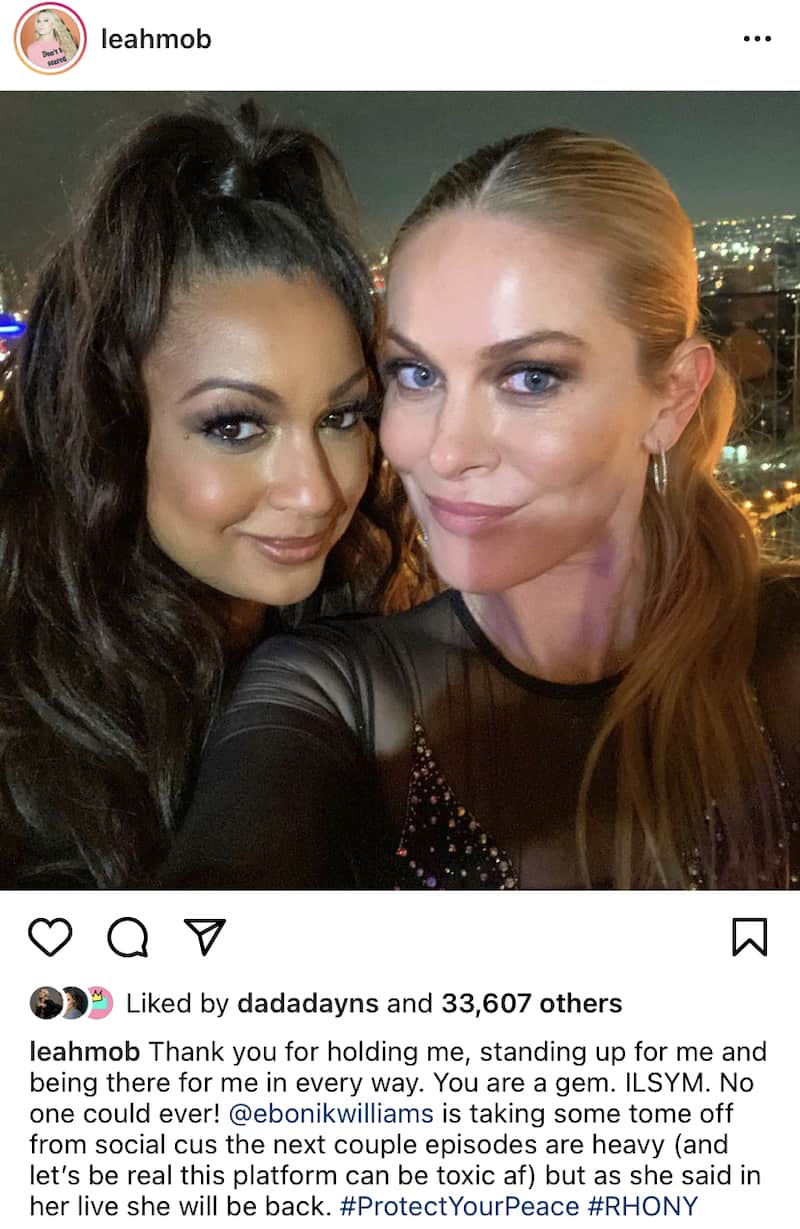