Home Real Housewives of New York City News Eboni K.Williams Slams Ramona Singer Over Racial Issues, Says It’s Not Her “F**king Job” To Educate RHONY Costar About BLM as Leah McSweeney Ponders How To Be “Shady” Without Being “Racist”

Eboni K.Williams Slams Ramona Singer Over Racial Issues, Says It’s Not Her “F**king Job” To Educate RHONY Costar About BLM as Leah McSweeney Ponders How To Be “Shady” Without Being “Racist” 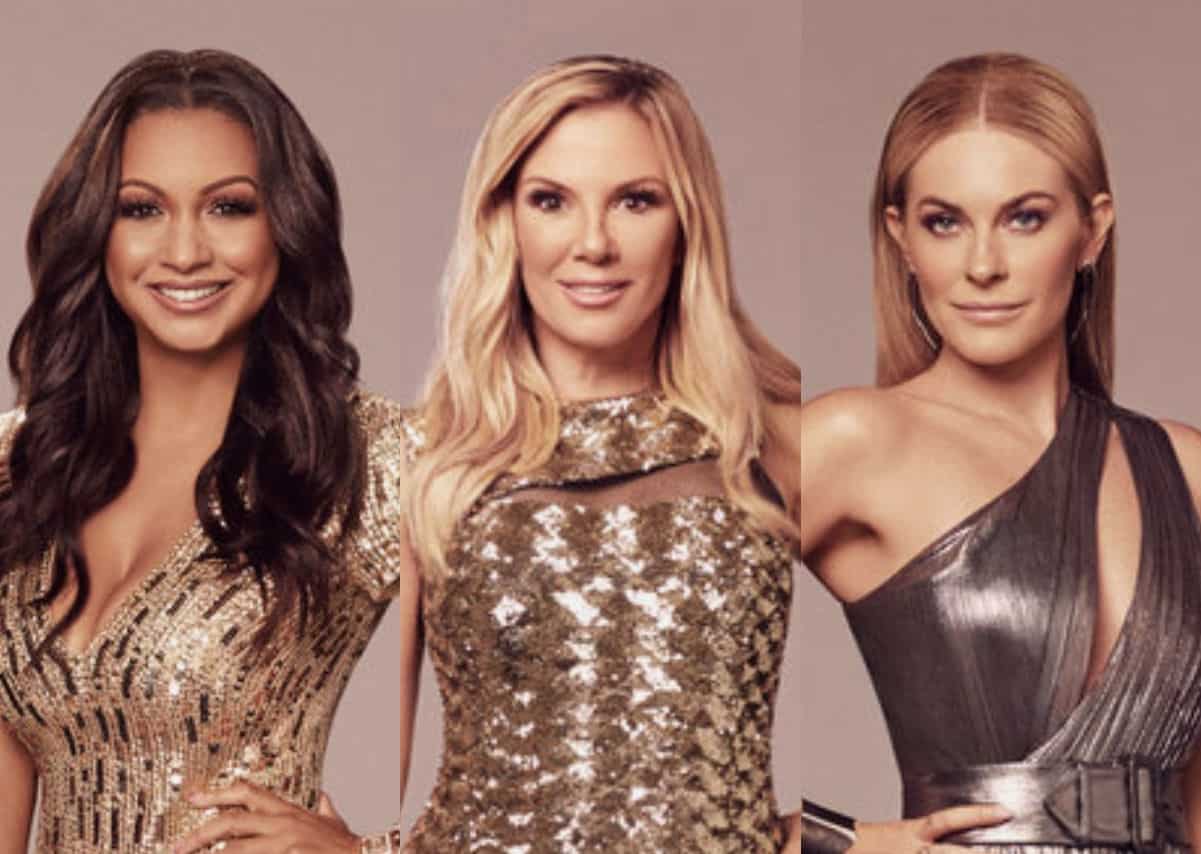 Leah McSweeney claims her co-stars were “walking on eggshells” when newcomer Eboni K. Williams joined the cast, and she explains why it was difficult to throw shade this season as Eboni declares it’s not her job to teach Ramona Singer about race in America.

The new season of The Real Housewives of New York City is set to premiere on May 4, and judging by the season 13 trailer, it’s going to be a wild one. Of course, Eboni joined the cast as the first Black RHONY Housewife, and Bershan Shaw also joined the series in a “friend” role. Therefore, the women were “forced” to have difficult conversations about race, especially considering some of Ramona’s past comments and behavior.

During a recent interview, Leah explained how her new co-stars changed the dynamic among the women.

“At first, the women were definitely walking on eggshells a bit,” Leah told Vulture. “Even New York City, where there’s so many different ethnicities, we are a segregated city. You saw Ramona’s birthday; there was not even a brunette person there. That doesn’t mean that Ramona doesn’t like Black people. There’s just no Black people in her circle of friends.”

She added, “When you see this season, it is the microcosm of what’s happening in our country. We were forced to have these conversations.”

Though the Married to the Mob founder called Ramona out for lacking a diverse group of friends, she went on to admit Eboni and Bershan’s presence made it difficult for her to throw shade because she was afraid it might come off as “racist.”

“How do you be the shady b*tches that you’re supposed to be without looking like racist shady b*tches,” she wondered.

As for Eboni, she also recently addressed the conversations she had with her new co-stars, and she seemingly hinted at what viewers can expect from Ramona.

“I would say that my time at Fox News was a great primer for my experience on the show,” Eboni explained. “It’s a fool’s errand to go into these conversations thinking you’re going to change the other person. All you should really concern yourself with is delivering clear, authentic, fact-based, emotionally authentic communication.”

“It’s really never me saying, ‘Oh, let me have this conversation with Ramona so I can get her to understand Black Lives Matter,'” she continued. “That is not my f*cking job. Bravo didn’t pay me for that. Nor is it even my assignment to get all of the people that watch this show to understand that. Like, I’m really not a teacher on this show.”

Nevertheless, if the viewers learn something from her presence on the show, Eboni said that will be “amazing.”