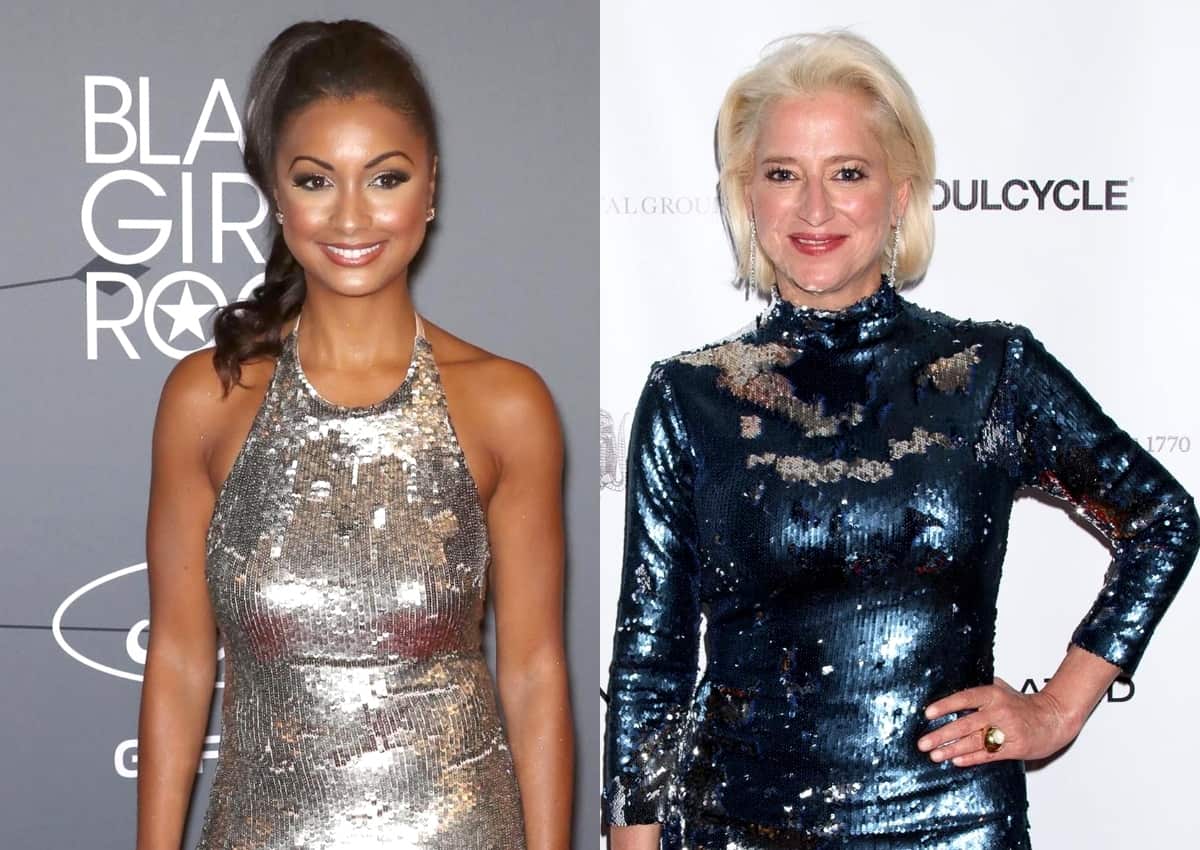 Eboni K. Williams received a surprising message after being added to the cast of The Real Housewives of New York City earlier this month.

Weeks after Bravo confirmed Eboni would be appearing on the franchise as their first Black cast member, Eboni is sharing the message she received from Dorinda Medley, revealing which other Real Housewives cast member reached out, and teasing potential drama with Sonja Morgan.

“The most surprising reach out I had was from Dorinda Medley,” Eboni said on the October 27 episode of RealiTea with Derek Z. “Dorinda actually slid in my DMs to just simply say, ‘Congratulations. I think it is wonderful you’re being added to this cast. I hate that we won’t get to work together. But go get it.’ And I thought that was extremely classy.”

As RHONY fans well know, Dorinda confirmed she was not asked to return to the show for season 13 in August.

In addition to hearing from Dorinda, Eboni also received a kind message from Gizelle Bryant of The Real Housewives of Potomac.

“I’ve not met Gizelle personally but she is my sorority sister. She reached out with a beautiful text message. ‘Sis, this is incredible. It’s a lot. If you need support, you want feedback, you want advice, I’m a phone call away.’ And I appreciate that about Gizelle,” Eboni revealed.

During another segment of the show, Eboni spoke of the ways in which she’s connected to her castmates thus far.

“My ability to make connective points with each one of my fellow housewives is there. I can tell you after this trip to the Hamptons, there’s enough foundation with every single one of them,” Eboni confirmed. “Will we get there? I don’t know. We’re early in the filming process.”

According to Eboni, her future friendships with the cast depend upon whether or not they remain authentic and continue with their willingness to get to know her.

“What I’ve already learned in the brief amount of time we’ve been filming is that when you really take the time to talk to people, I mean really talk, you will be shocked as to how much you have in common, versus your differences,” she explained. “That said, there’s a lot of differences between me and these castmates.”

“Leah and I have a really special relationship already because we have a lot of organic things in common. It’s shocking how much Leah and I vibe and connect on very deep spiritual levels. I can’t wait for everybody to see that,” Eboni gushed. “In addition to Leah, there’s some really amazing things I have in common with [Ramona Singer] [and] there’s some pretty cool things [Luann de Lesseps] and I share by way of background.”

As for Sonja, Eboni said fans will have to wait and see.