Home Real Housewives of New York City News Eboni K. Williams Dishes on RHONY and Feeling Like a “Third Wheel” With Ramona and Sonja, Shares Which Costar She’s Closest With and Says a Diverse Cast Was ‘Long Overdue’

Eboni K. Williams Dishes on RHONY and Feeling Like a “Third Wheel” With Ramona and Sonja, Shares Which Costar She’s Closest With and Says a Diverse Cast Was ‘Long Overdue’ 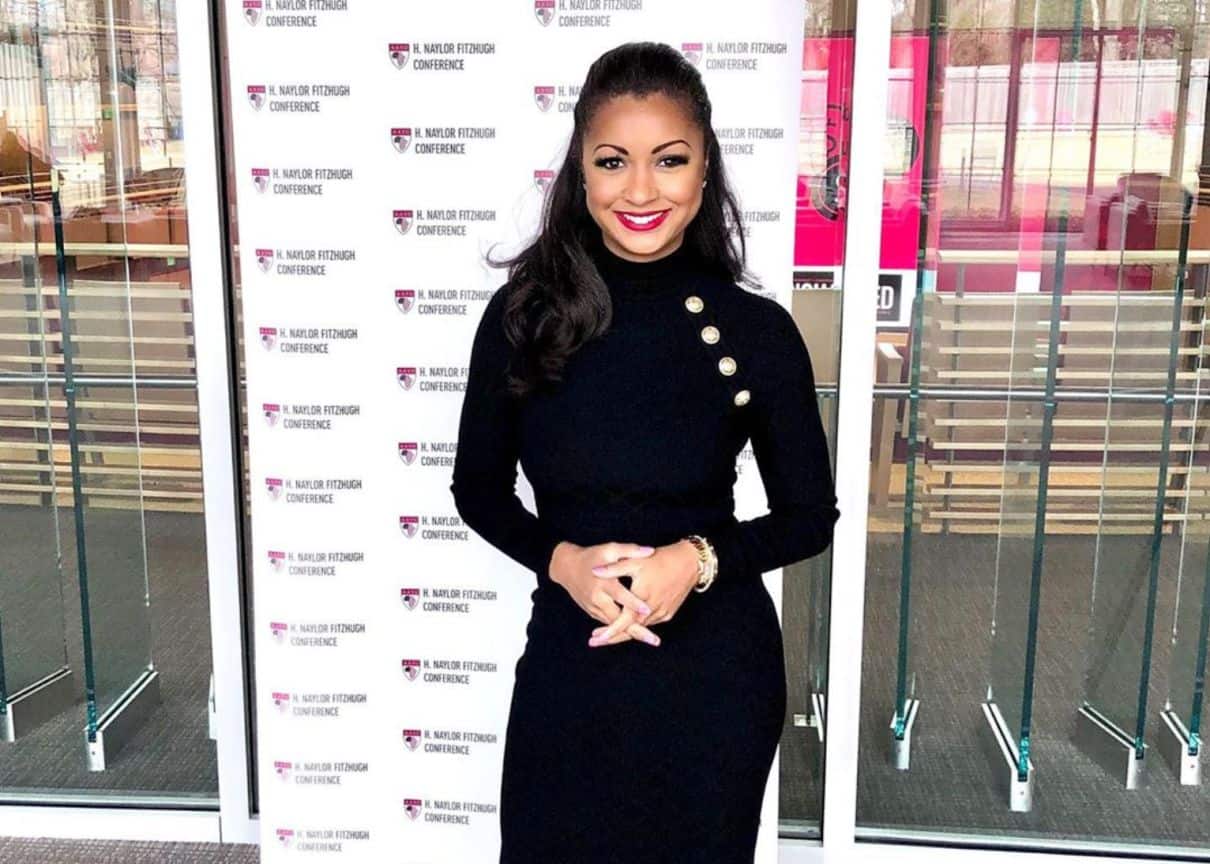 Eboni K. Williams may be new to The Real Housewives of New York City, but she has a lot of experience as a “boss” woman in the city, and she is excited to bring a new perspective to the franchise.

In a new interview, the 37-year-old opened up about joining the Bravo family, who she has become closest with on the RHONY cast thus far, and the importance of bringing more diversity to the franchise.

“We started filming a few weeks ago, and we’re absolutely taking every precaution with COVID protocol,” she told Glamour magazine on October 19. “I take that very personally and seriously because I actually had a case of COVID. I was very sick for about six weeks back in April. Thank God I didn’t have to be hospitalized, but I had no sense of taste or smell for about six weeks. I had extreme body aches. It was tough.”

The RHONY newcomer also revealed that she’s an “unapologetic and proud” fan of Bravo and has seen “every episode” of the New York franchise, which is contributing to her excitement to be a part of the cast.

“RHONY really was always one of my favorite franchises because it represents boss women. New Yorkers, we have an edge,” she stated. “I’m a Southern transplant to New York, but I’ve been here for about six years now and it’s the tempo, it’s the pace, it’s the direct way in which we communicate with each other and get s–t done. That really attracted me to the franchise and the whole history of the vast majority of women that have held an apple.”

Since the cast has already begun filming, many have wondered about Eboni’s experience with the other ladies, which reportedly consists of herself plus returning cast members Leah McSweeney, Luann de Lesseps, Sonja Morgan, and Ramona Singer.

The newfound reality star noted that she and Leah have been hanging out outside of filming because they have “a lot of organic, natural things in common,” but building relationships with the other women may take some time.

“It’s been interesting so far. [Laughs.] Overall, I would say it’s been positive,” she shared. “[There’s] Luann, who I’ve known casually throughout the years. We kind of found ourselves in similar social circles sometimes, and she’s great. Luann is Luann. That’s been fun hanging out with her in this capacity.”

Eboni continued, “I’m just meeting Ramona and Sonja. I call them Frick and Frack. They are a powerhouse duo in their own right. They’ve been at it for 20-plus years in terms of their relationship and their friendship with each other. So sometimes it’s a little hard to get in there when you’re the newbie, and this thing has been a well-oiled machine for long before I got here. Ramona and Sonja, in particular, are very, very close and that’s cool. That’s great. I love best friendships. But does it feel like a third wheel type of thing sometimes? A little bit. They have been very gracious thus far in terms of at least being open to getting to know me. I think that’s a good place to start.”

Bershan Shaw and Alicia Quarles were both linked to the cast, but a report by TMZ revealed producers opted to cast Eboni full-time but that Bershan could still make appearances on the new season.

The lawyer went on to talk about being the first Black cast member of the franchise, noting that having a more diverse cast on a show about New York City — a place with “a 26% Black populace and almost 30% Hispanic populace” — was “long overdue.”

“I’m excited to do this and really make season 13 RHONY something very special,” she said. “I know what it is to show up in all white spaces and having to be mindful of everything you say, everything you do, the way you show up aesthetically. All of it is scrutinized to the highest level. All of it tells a story. All of it represents what will be potential opportunities for all those that come behind you that look like you… Am I going to be the perfect representation of Black womanhood? Absolutely not. But I’m going to give it my damn best try.”