On the heels of Dorinda Medley‘s departure and Eboni K. Williams‘ addition, viewership on the Bravo reality series has reached an all-time low with fans online calling for Dorinda and Tinsley Mortimer‘s returns, as well as the firings of Eboni and Leah McSweeney.

“The Real Housewives of New York City has recorded its lowest-rated episode of all-time, outside of the secrets revealed episodes of 7 and 12, with only 764,000 live viewers,” the Real Housewives Franchise reported on Instagram on July 9.

Along with the post, a screenshot of a tweet from Bravo Ratings was shared in which it was revealed that just 764,000 viewers tuned into the 13th season’s eighth episode on Tuesday night. 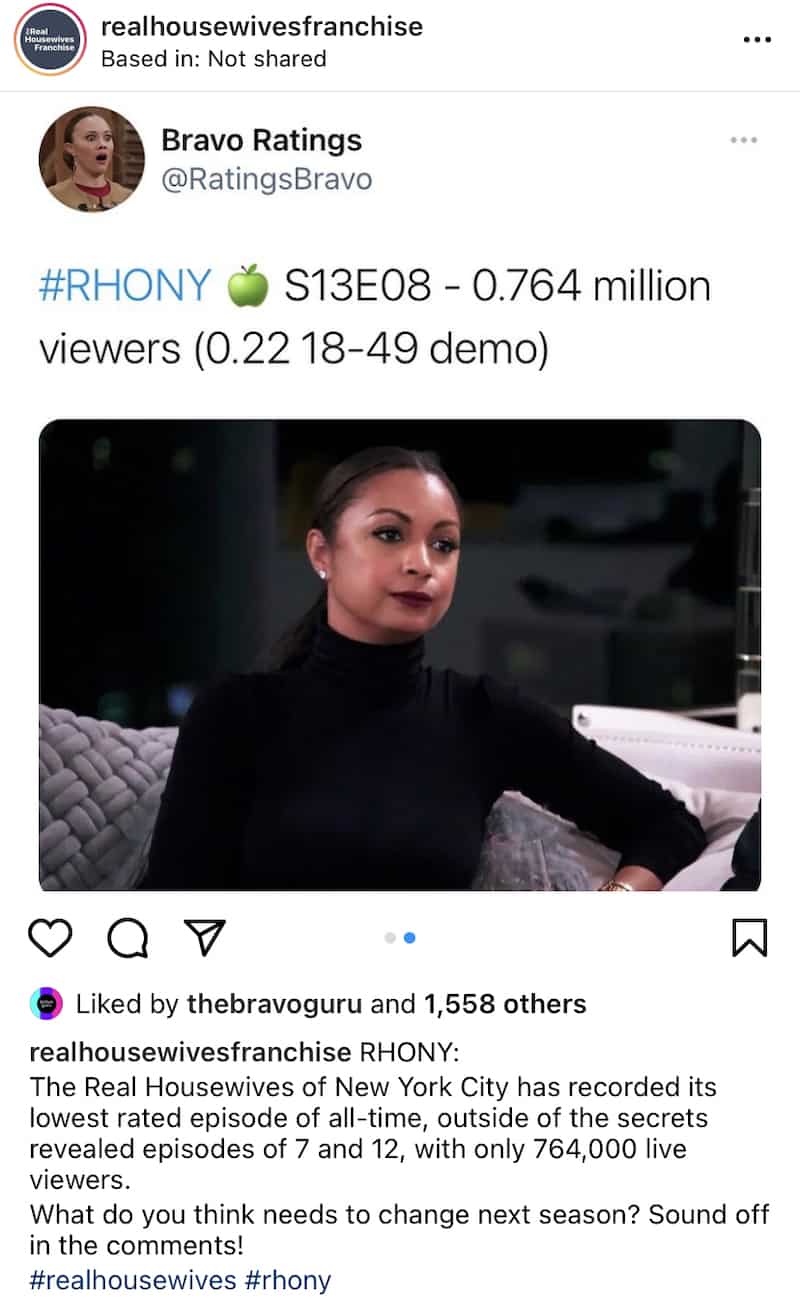 According to other tweets shared by Bravo Ratings, the previous week’s show captured just 866,000 viewers.

Also, on Instagram, the Bravo Housewives asked its followers, “What do you think is contributing to this sharp decline?”

In response, Tamra Judge, formerly of The Real Housewives of Orange County, called for the return of Dorinda as several other Instagram users weighed in.

“They need her back,” Tamra stated. 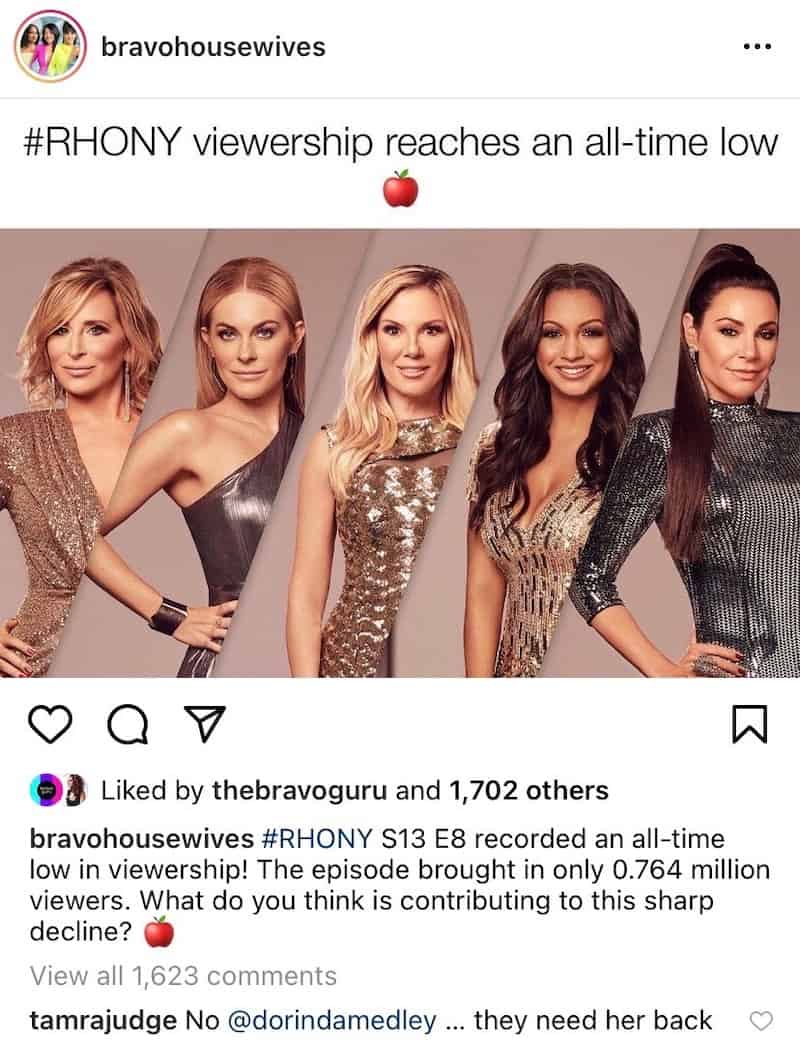 Following Tamra’s suggestion, numerous others called for the firings of Eboni and Leah.

“[Eboni] and Leah they are sooo boring!!!!! There is no fun! Bring back Tinsley!!!” one person said in regard to the reason behind the RHONY ratings decline.

“Because of the line up – get rid of Leah and [Eboni] – they bring zero to the table,” another noted.

Another person asked, “Where is Dorinda?”

TELL US – HOW SHOULD BRAVO FIX THE RHONY RATINGS SLUMP? DO YOU WANT TO SEE TINSLEY OR DORINDA RETURN?