Home Real Housewives of Beverly Hills News RHOBH Star Erika Jayne Files For Divorce From Husband Thomas Girardi After 21 Years Of Marriage, Speaks Out About the End of Her Marriage

RHOBH Star Erika Jayne Files For Divorce From Husband Thomas Girardi After 21 Years Of Marriage, Speaks Out About the End of Her Marriage 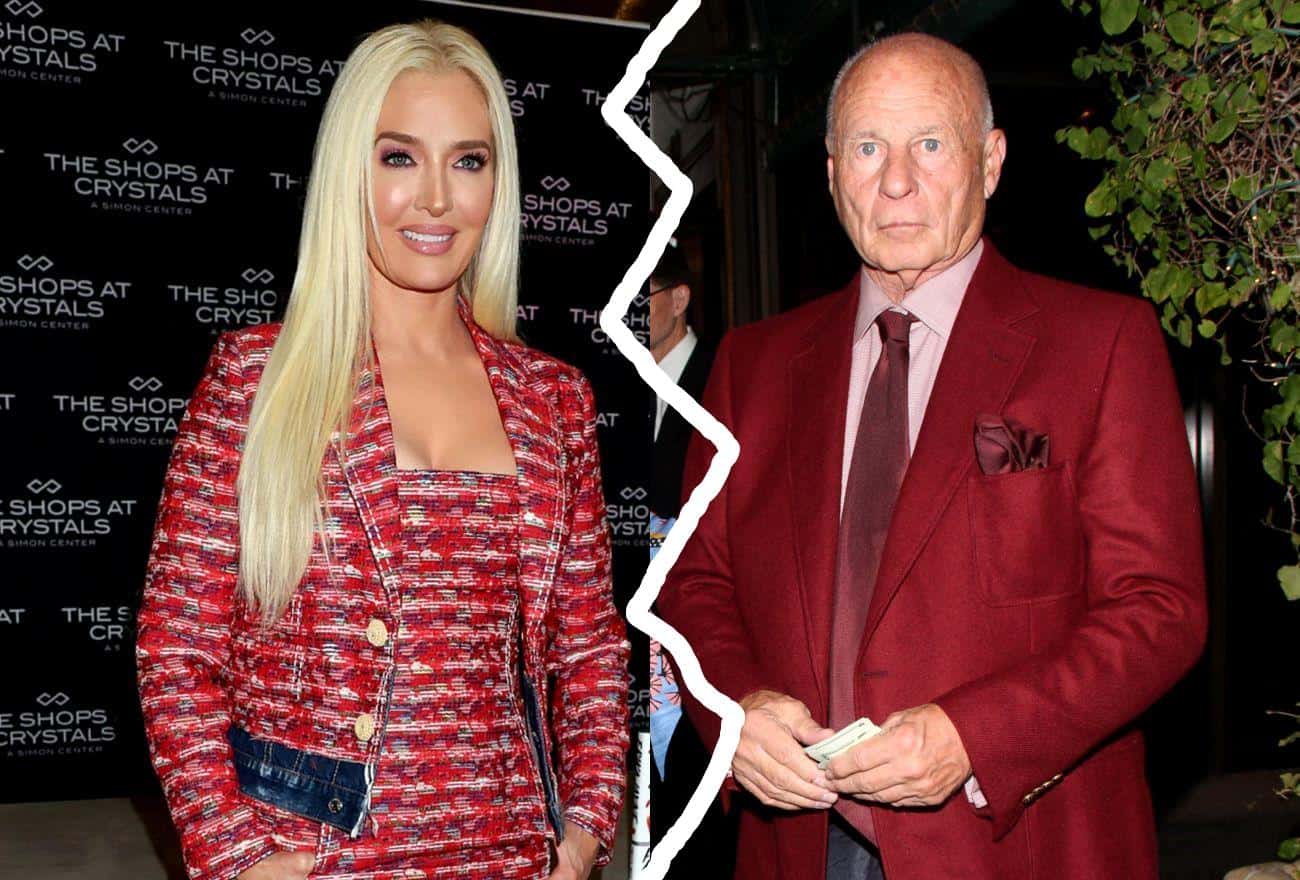 Erika Jayne and Thomas Girardi are calling it quits on their 21-year marriage.

With a number of lawsuits pending against her spouse, the Real Housewives of Beverly Hills cast member officially announced the news on Tuesday, November 3.

“After much consideration, I have decided to end my marriage to Tom Girardi,” Erika said in a statement to E! News. “This is not a step taken lightly or easily. I have great love and respect for Tom and for our years and the lives we built together.”

According to Erika, 49, she hopes fans will give her privacy as she and Thomas, 81, embark on their divorce.

“It is my absolute wish to proceed through this process with respect and with the privacy that both Tom and I deserved,” she continued. “I request others give us that privacy as well.”

Erika and Thomas got married in 1999 after meeting at a bar in West Hollywood where Erika was working.

“After a year of working in the restaurant, one night I decided to slip Tom my telephone number,” Erika wrote in her 2018 memoir, Pretty Mess. “We were standing in front of the giant fireplace. ‘Did you hear I was single?’ I asked.”

Two years ago, during an appearance on Kandi Burruss‘ Kandi Koated Nights, the RHOBH cast member opened up about the ups and downs of her and Thomas’ marriage.

She also said that she and Thomas, who is 33 years her senior, had a great sex life, explaining that “it really is all about loving and trusting one another.”

“I think that’s what you really need to do, and if you like each other, then you’re communicating and then you’re making it work,” she added.

In 2017, Erika confirmed to Andy Cohen that she and Thomas do not have a prenuptial agreement.

“Let me tell you something, let me be very clear. I’m married to a very powerful lawyer,” she said at the time. “A prenup wouldn’t stand in his way anyway…It’s gonna be all Tom’s way, I assure you. He’ll rip that piece of paper to shreds in two seconds!”

Erika was previously married to Thomas Zizzo, the father of her 26-year-old son, Tommy Zizzo.

Erika is currently in the midst of production on The Real Housewives of Beverly Hills season 11.