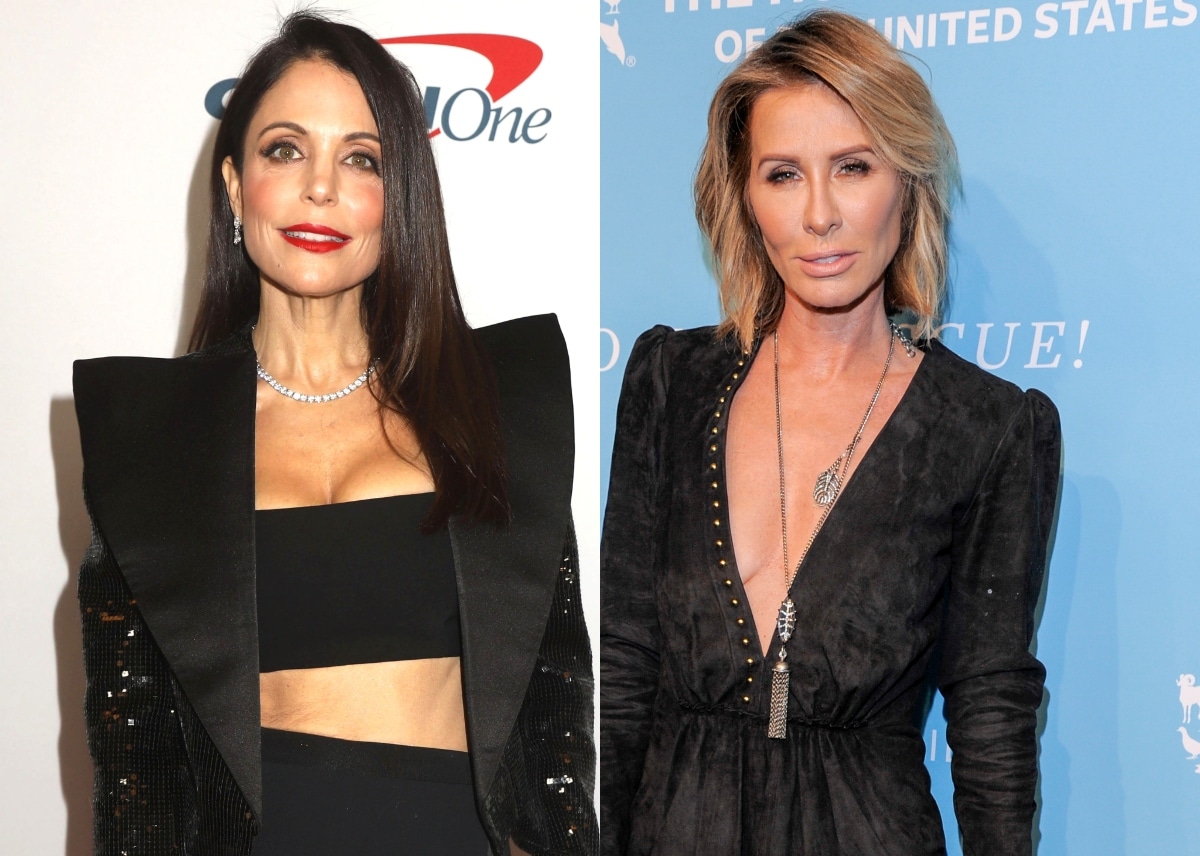 Bethenny Frankel was asked to appear on the upcoming RHONY: Legacy or RHONY: OG series — but that doesn’t mean fans shouldn’t hold their breaths about seeing her turn up as a cast member.

Days after Andy Cohen confirmed The Real Housewives of New York City would be split into two new programs, one of which will be completely recast and air on Bravo and another that will feature former cast members of the original show and potentially air on Peacock, Bethenny confirmed she’s been approached as Carole Radziwill also weighed in.

“Many of you have been asking me for a response to [the] Housewives announcement,” Bethenny began on a recent episode of her podcast, Just B With Bethenny Frankel, via PEOPLE. “So a couple weeks ago, I got a text from, you know, the powers that be in the Bravosphere saying, ‘Is there a chance? Is there a chance? Just asking, is there a chance?’ Meaning, would I come back.”

According to Bethenny, she knows from “a bunch of producers” that casting is ongoing. However, when it comes to the concept, it’s nothing new to her.

“Years ago I said to [franchise producer Andy Cohen], ‘There should be an all-stars show.’ And he said, ‘One day we’ll get to the point where we have to do that. We’re not there now,'” she explained, adding that Bravo is “smart” to keep “finding new ways to make things.”

“They can’t give that up, because you got to tap that vein and get the last juice out of that franchise,” she continued. “You got to keep going.”

As for her communication with Bravo execs, Bethenny, who appeared on seasons one through three and seven through 11, admitted that what she would require to return likely isn’t a feasible option for the network.

“When asked, I say, ‘There’s a number, but I don’t think you can afford it,'” she revealed. “[It’s] probably smarter for them to just keep mixing together the ingredients that they already have on the shelf: the people that’ll do it for so cheap because they’ll do it for next to nothing for the relevance and the jolt.”

Amid Bethenny’s comments, Carole was featured on a live episode of the Andy’s Girls with Sarah Galli podcast, where she said she’d feel like an epic failure if she joined the RHONY: Legacy or RHONY: OG series and admitted to having questions about the show’s future success.

“Taking the fans’ desire for me to come back, and putting that aside (because I love them)….if I went back I would sort of consider that to be an epic fail on my part,” she said, as shared by Page Six. “I would not go back, I could not have one more conversation about anything with any of them.”

As Carole explained, she left RHONY because it was “affecting [her] mental health.”

“The fans of the show are amazing and I love them. My beef was always with Bravo and production….would I ever come back? I would not,” she confirmed.

Carole went on to confess that she doesn’t quite understand the concept of the new show.

“I could see it running for a few episodes and then where are they going to go with that? It’s always going to compete with the show on Bravo, because the legacy show is going to be on Peacock,” she stated. “I know they’re really short on, they’re really struggling to populate Peacock with, with shows. So.”

Also during the appearance, Carole admitted she once pitched a show about her and her friends renovating New York homes to Peacock but noted that the network had passed.

“I thought it would be perfect for Peacock, but obviously they had bigger and better plans with RHONY Legacy shows,” she joked.