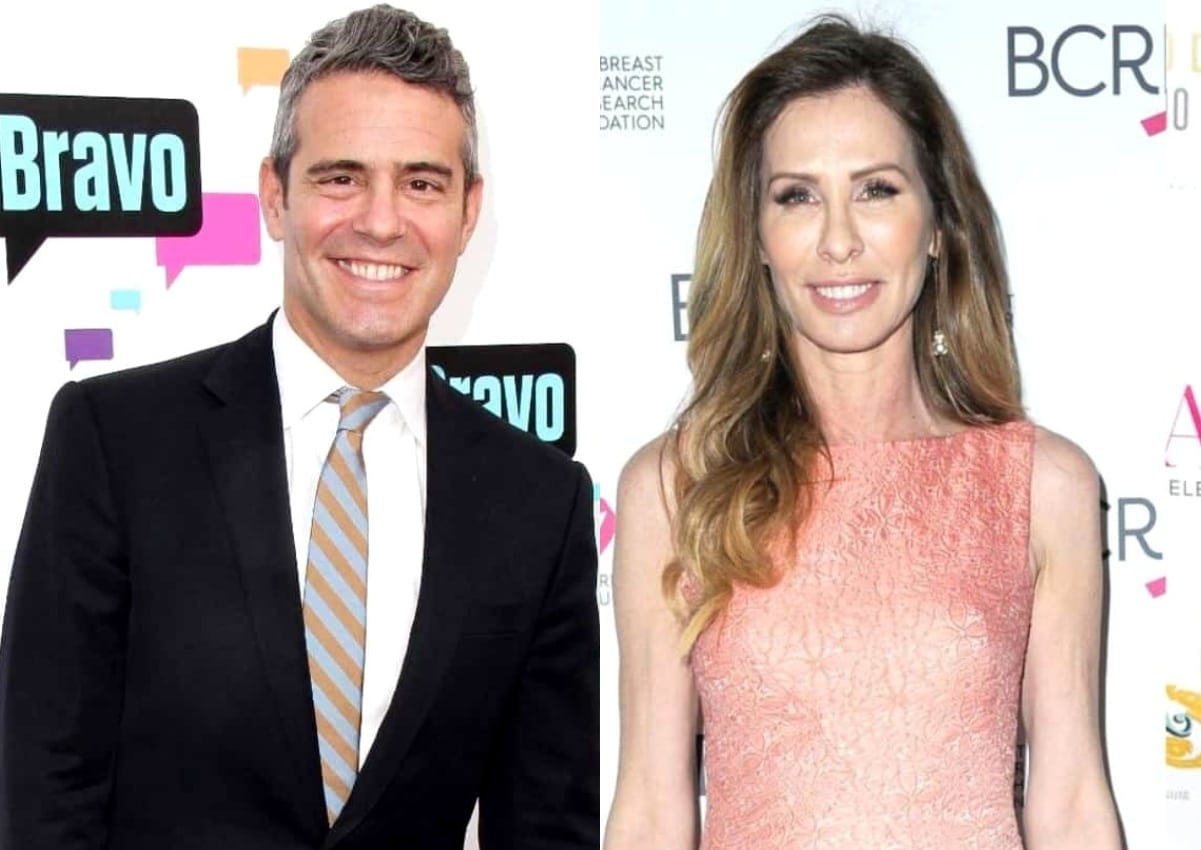 Andy Cohen is firing back at Carole Radziwill‘s reaction to comments he made in PEOPLE reporter Dave Quinn‘s recently released Real Housewives tell-all, Not All Diamonds and Rosé: The Inside Story of The Real Housewives from the People Who Lived It.

After the Real Housewives of New York City alum took to her Twitter page, where she responded to his claims of not being grateful and suggested the franchise changed his life, not hers, the Watch What Happens Live host addressed the situation on his SiriusXM Radio series.

“She is right in that the show and the women completely changed my life. Without the Housewives I would not be where I am, as I’ve said to anyone who will listen. I’ve said it in all of my books,” Andy began on Radio Andy.

While speaking to co-host John Hill, Andy said that while Carole may not feel that her life was impacted by RHONY, he believes the series has changed the lives of “everyone who’s ever been on the show.”

“Maybe except Carole. Carole said her life did not change as a result of it. So if she says her life has not changed at all, then her life hasn’t changed at all,” he continued. “[But] I think if you would talk to 99 of 100 Housewives they would probably say, ‘The show changed my life.’ It certainly changed mine and I could not be more grateful to the show, but most importantly, to the women who changed my life.”

According to Andy, his life has not only been impacted by the women who appear on the Housewives shows but also the ladies who produce them.

“I think it’s six out of eight Housewives are executive produced by women. Women run Bravo. Women have been my mentors,” he confirmed. “If you say it’s built on the backs of women, it’s built by women, for women, women changing women’s lives, it’s about the women.”

In a tweet shared in response to Andy’s claim that the show changed her life, Carole claimed the entire franchise was “built on the backs of women.”

“Just another man telling a woman she ought to be more grateful,” she wrote. “Housewives changed Andy Cohen’s life, not mine. And Bravo built a [$100 million] franchise on the backs of women. Let’s not get it twisted.”

At that point in the show, John gave a nod to the comments Carole made about her former RHONY castmates in Not All Diamonds and Rosé.

“Doesn’t Carole also go in and get petty and trash other Housewives in this book?” he asked Andy.

“Yes, she does,” Andy confirmed.

In the book, Carole targeted Bethenny Frankel by suggesting she set up a photo of Luann de Lesseps‘ former husband, Tom D’Agostino Jr., kissing another woman and also accused her of faking support for Jill Zarin by attending the funeral of her late husband, Bobby Zarin.

“It was all for the show. Nobody was better at that than Bethenny,” Carole alleged.

Carole joined the Real Housewives of New York City cast during its fifth season and left the show after season 10.