Home Real Housewives of New York City News Carole Radziwill Shades Andy Cohen for Saying He “Changed Her Life” as She Fires Back at Bravo Host: “Let’s Not Get It Twisted”

Carole Radziwill Shades Andy Cohen for Saying He “Changed Her Life” as She Fires Back at Bravo Host: “Let’s Not Get It Twisted” 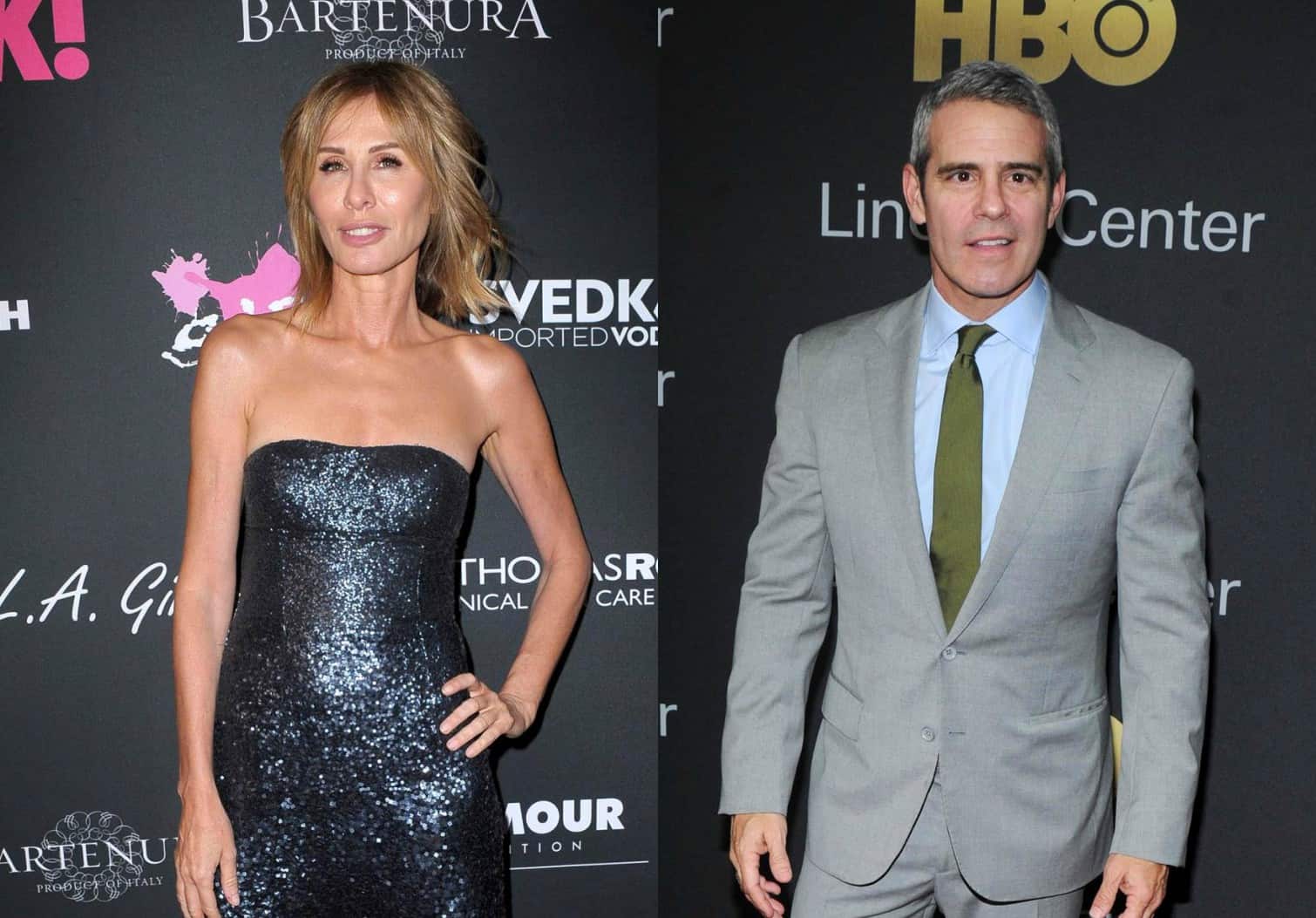 Carole Radziwill is clapping back at comments Andy Cohen made in the recently-released Real Housewives tell-all, Not All Diamonds and Rosé: The Inside Story of The Real Housewives from the People Who Lived It.

After Andy told PEOPLE’s Dave Quinn, the writer behind the book, that he was “rubbed” the “wrong way” when Carole suggested The Real Housewives of New York City was toxic in an Instagram post and noted that he “changed her life,” Carole issued a response on Twitter.

On October 20, Carole was met with a comment from a Lisa Barlow fan page, who quoted Andy in their post.

“‘I had changed her life.’ Andy Cohen really thinks any of these housewives are indebted to him… PRINCESS Radziwill doesn’t need you, she has multiple Emmy’s and a Peabody. Pipe down!” the fan page advised.

In response, Carole clarified a couple of things.

“Just another man telling a woman she ought to be more grateful,” she replied. “Housewives changed Andy Cohen’s life, not mine. And Bravo built a [$100 million] franchise on the backs of women. Let’s not get it twisted.” 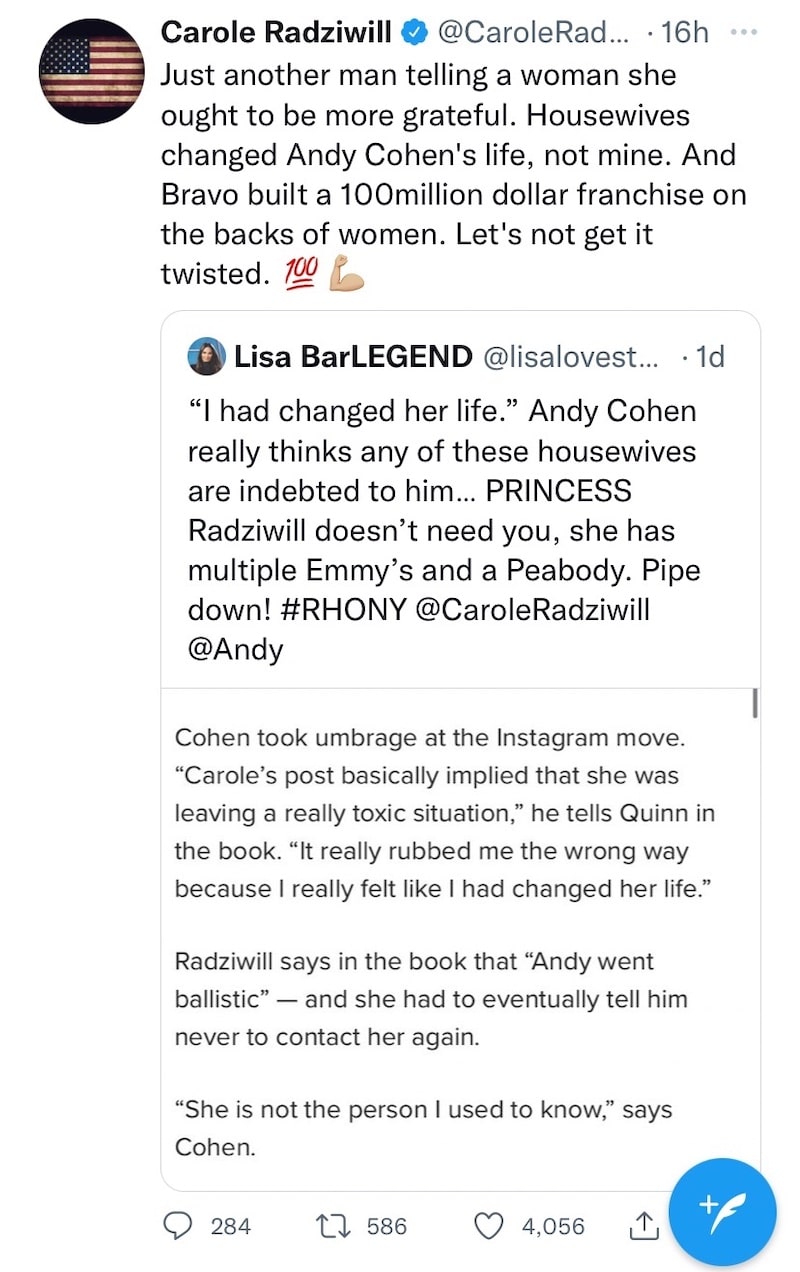 After sharing her clap back at Andy, Carole was met with a couple of Twitter users who applauded her for speaking out.

“I secretly envy your ability to tell it like it is, without any fear,” the first said.

“Well, a bit of fear but that’s how I know it needs to be said,” Carole noted.

Then, after a second fan wrote, “Carole is a strong woman that we appreciated getting to know,” Carole offered a “thank you.” 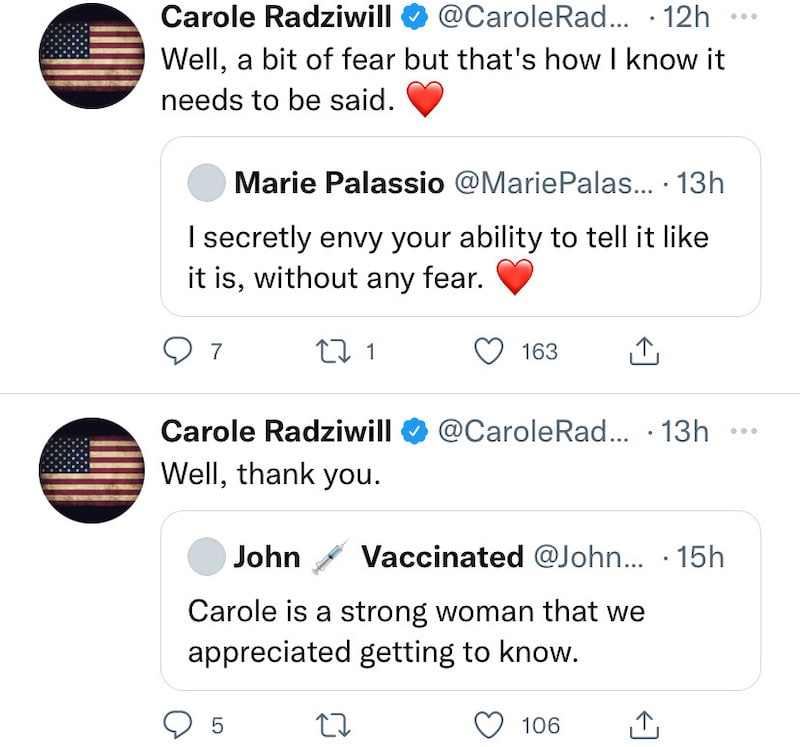 Also in Dave’s book, it was noted that Carole had taken aim at Andy following the sharing of her Instagram Story by suggesting he had gone “ballistic” over the post. She also reportedly told him never to speak to her again — and he agreed.

Carole appeared on seasons five through 10 of The Real Housewives of New York City.