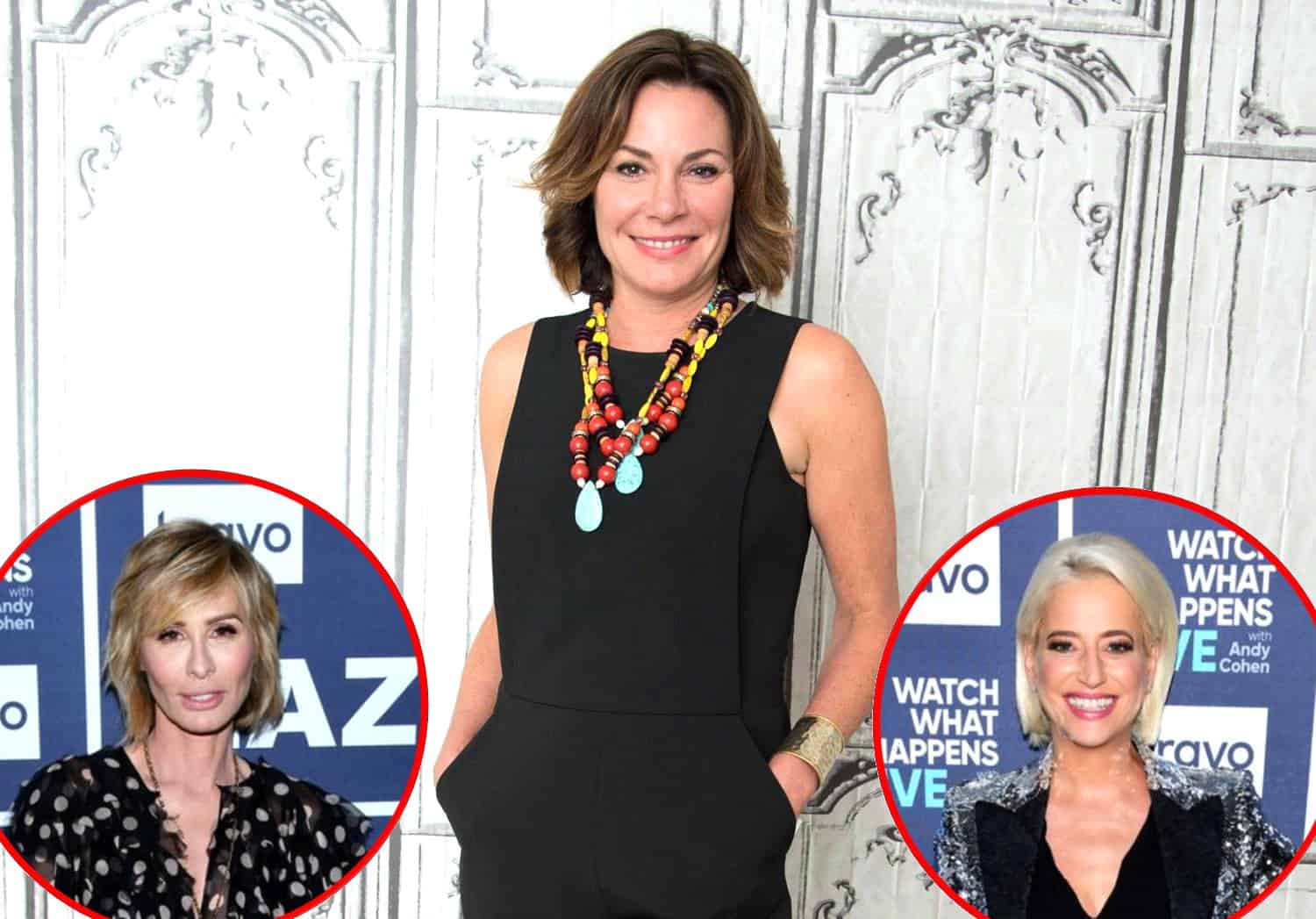 Luann de Lesseps returned to her cabaret show, #CountessandFriends, on Saturday night in Long Island, New York and during the show, the Real Housewives of New York City star received a standing ovation.

Speaking to her fans for the first time since her latest rehab stint, LuAnn said she was happy to be back and went on to address a number of hot topics in multiple interviews following the show. She discussed Carole Radziwill‘s recent exit from the RHONY, her own absence at the recent reunion taping, her tension with Dorinda Medley and where she stands now with her ex-husband Tom D’Agostino.

“I’m so thrilled to be here, you have no idea,” LuAnn told her audience, according to an E! News report on August 5. “It’s been a rough year for me and I’m finally back home in Long Island. I love you guys.”

When asked about Carole’s departure from RHONY, LuAnn seemingly sided with Bethenny Frankel in her ongoing feud with Carole, claiming she wasn’t convinced that Carole willingly left the Bravo series.

“Listen, it’s always sad to see a cast member go, and you know, I don’t know the real story behind it, I mean, I don’t think she left, I think there was a problem…but I know that she loved to do the show so I know she didn’t leave because she wanted to leave,” LuAnn explained.

Prior to the season 10 reunion taping last month, Bethenny announced LuAnn was returning to rehab and would be missing the taping. Looking back, LuAnn said her decision to forgo filming and focus on her health was a big deal.

“I was taking care of myself, that comes first,” she explained. “It was a big decision, but it comes first and I feel like, you’ll see…I can’t give away the storyline obviously but, but I feel like I was in a good place and I don’t really think I needed to be there. I would’ve loved to be, I love doing the reunion by the way, it’s my favorite, I really do and all the girls are like, ‘You’re sick!’ I like it because it’s your time where you can be honest and tell the truth about how you feel and you don’t alway get to do that on the show. So I like doing the reunion so I was sad to miss it, but my health came first.

As for her tension with Dorinda, who she suggested was drinking too much during The Real Housewives of New York City season 10, LuAnn said their issues aren’t water under the bridge quite yet. During a recent interview, Dorinda admitted she and LuAnn haven’t spoken in months.

“I love Dorinda, very much, you know, she’s a great girl Dorinda,” Luann said when asked about their relationship. “When somebody says something to you and it just hurts? You can get over it very quick–it takes a little time to heal, so I’m still healing, but I love Dorinda, but it takes me a minute, I have to get over it. She really hurt my feelings, so I’m being perfectly honest about that because, she did. So you know we’re still repairing our friendship. I still have the bandage on, I’m not ready to take the bandaid off yet.”

In a separate interview with the Daily Mail, LuAnn also spoke candidly about one of her ex-husbands, Tom, who she separated from a year ago following just seven months of marriage.

The Daily Mail reports that Luann admitted Tom ‘was great in bed,’ before going on to discuss if they still keep in touch.

“He texted me to see if I was ok. We have an amicable relationship, kind of. But we don’t see each other,” she shared.

She then went on to deny reports that she was dating her married agent Rich Super, telling the site that she was “single and dating.”

Luann once again addressed the recent lawsuit filed against her, by her kids Victoria de Lesseps and Noel de Lesseps and her ex-husband Count Alexandre de Lesseps over allegations she stole her kids’ inheritance, by putting all the blame on her ex.

“I still have a good relationship with my family. I’m going to see my children this weekend. The lawsuit is my ex-husband’s brain child, certainly not my children’s. So I’m dealing with him. It’s a personal family issue that’s going to be solved very quickly,” she stated.