Home Real Housewives of New York City News RHONY’s Dorinda Medley Responds to Claims That She Has a Drinking Problem, Plus She Reveals Status of Friendship with LuAnn de Lesseps

RHONY’s Dorinda Medley Responds to Claims That She Has a Drinking Problem, Plus She Reveals Status of Friendship with LuAnn de Lesseps 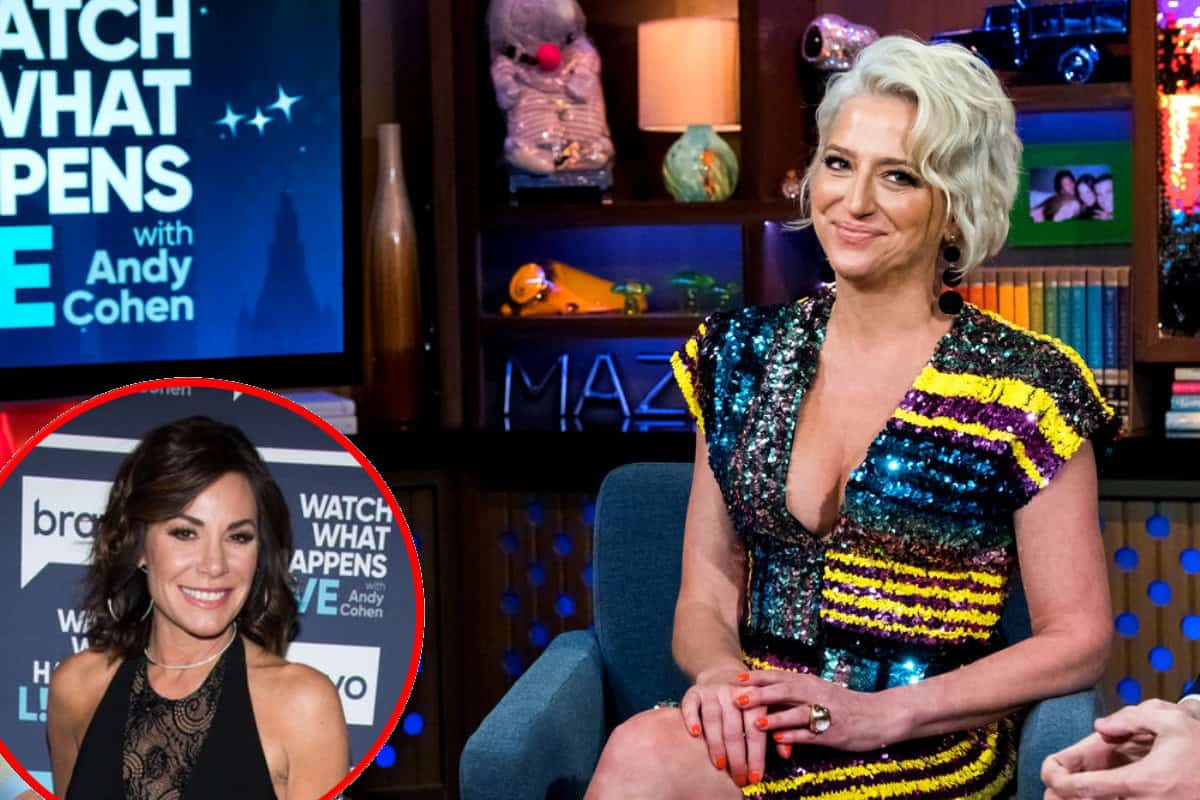 Dorinda Medley was accused of being “a drunk” by Bethenny Frankel during an early episode of The Real Housewives of New York City and last night, she addressed the ongoing allegations of a drinking problem on the Watch What Happens Live after show.

While chatting with host Andy Cohen on Wednesday, Dorinda said the suggestion that her alcohol consumption is anything to be concerned about it was “the most ridiculous thing.”

“I don’t have a drinking problem,” she told Andy during the after show. “We got to stop that topic.”

“There’s a lot of pots calling the kettle black and I don’t think anyone is in a position to be speaking like that, especially people who are supposed to be having your back. I think it’s just banter and people like to talk because I don’t think they like to look at themselves,” added Dorinda.

She went on to imply that her fellow castmates drink just as much as she does.

“Believe me, if we really dragged up every time we brought up someone’s drinking on the show, the whole place would be a s**t show,” Dorinda stated. “It would be one big rehab. So I just think it’s an opportunity to point the finger. You know what they say when you point the finger, there’s three pointing back.”

“Listen everyone, if you never want to drink again on TV again, I won’t. That will be done,” she joked.

“The thing is, Luann at that point, especially that old saying, if you knew then what you know now, wasn’t in a position to be lecturing me. She really wasn’t,” Dorinda explained. “I’ve been a really good friend to her and held all kinds of secrets over the years and for her to give me this loaded question like Mother Teresa just… I didn’t know where it came from. It was very loaded.”

When it comes to the current status of her friendship with Luann, who re-entered rehab last month, Dorinda reveals they actually haven’t spoken in months.

“I haven’t spoken to Luann since we wrapped at her cabaret March 4th,” said Dorinda. “I wish her well. I hope she’s using this time to get healthy and be happy, and get back on track.”

TELL US – DO YOU THINK DORINDA HAS ISSUES WITH DRINKING?