by Lindsay Cronin May 12, 2018 35 comments
ShareTweetWhatsappPinterestRedditTumblrMailFlipboard 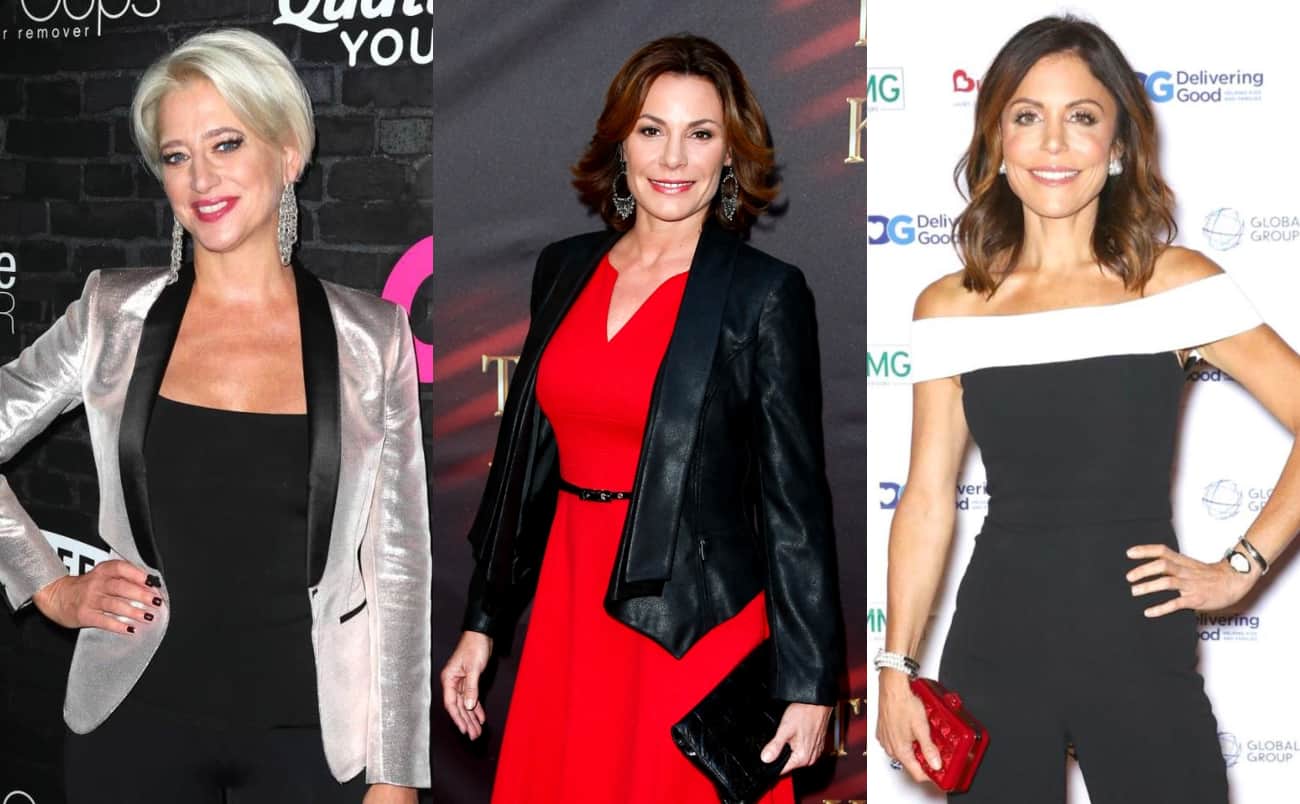 Following Wednesday night’s episode of The Real Housewives of New York City, LuAnn criticized Dorinda and her drinking and gave her some unsolicited advice. However, as Dorinda later pointed out on Twitter, she isn’t exactly the best person to be giving their opinion on boozing — especially considering her troubled past.

Dorinda tweeted, “Dear @CountessLuann are we to take advise from a pal who got so wasted she punched her then husband in the middle of a restaurant, followed by assaulting a law enforcement officer? Then Jail? You almost gotta love the complete lack of self awareness.”

Dear @CountessLuann are we to take advise from a pal who got so wasted she punched her then husband in the middle of a restaurant, followed by assaulting a law enforcement officer? Then Jail? You almost gotta love the complete lack of self awareness –

As fans well know, LuAnn was taken into custody in Palm Beach, Florida, on Christmas Eve after trespassing in a hotel room and getting violent with a police officer.

Around the time her tweet was shared, Dorinda also shared a blog post with her fans and followers in which she suggested that Bethenny Frankel may have set her up to look like a “drunk” in Miami.

“I go to Miami with my pal Bethenny. For reasons that become more obvious to me later, she has invited me to tag along on a trip to deliver cash cards to those in need in Puerto Rico,” Dorinda recalled. “I’m excited for the journey and to help my friend. We work hard all day getting ready for the trip the following morning. To unwind, we have a few drinks, then a few more. We’ve done this together too many times to count!!”

She continued, “Then as I settle in my hotel room to binge-watch my favorite show, Law & Order, order room service, and get a good night’s sleep as we had a 6am wakeup call, my phone rings. Oh no! I am meant to be downstairs in five for a dinner. Dinner? With who? Bethenny’s charity partner? Nooooo!!!!!”

“Why am I just being told this important information?” she wondered.

Although Dorinda considered skipping the dinner date and instead going to bed, she didn’t want to disappoint and headed out to meet her co-star.

“Naturally, Bethenny calls me a drunk. Is she really compassionate or is this just another TV moment?” Dorinda asked. “We’ve all seen it before —her absolute glee while waiting for one of us to make a misstep, then she pulls out her P-Touch label maker: whore, drunk, nit-wit, loser. Cue the hug.”

“Does everyone notice that Bethenny not-so-subtly puts people down to make herself look bigger, better, smarter? I often wonder how that is working for her,” she added.

[Editor’s Note – In case you’re wondering about the Ramona article, we took it down at the request of the Podcast host. Thanks.]