RHONY’s Bethenny Frankel Calls Dorinda Medley a Drunk Again, Plus She Claps Back at Carole Radziwill!

by Lindsay Cronin May 4, 2018 7 comments
ShareTweetWhatsappPinterestRedditTumblrMailFlipboard 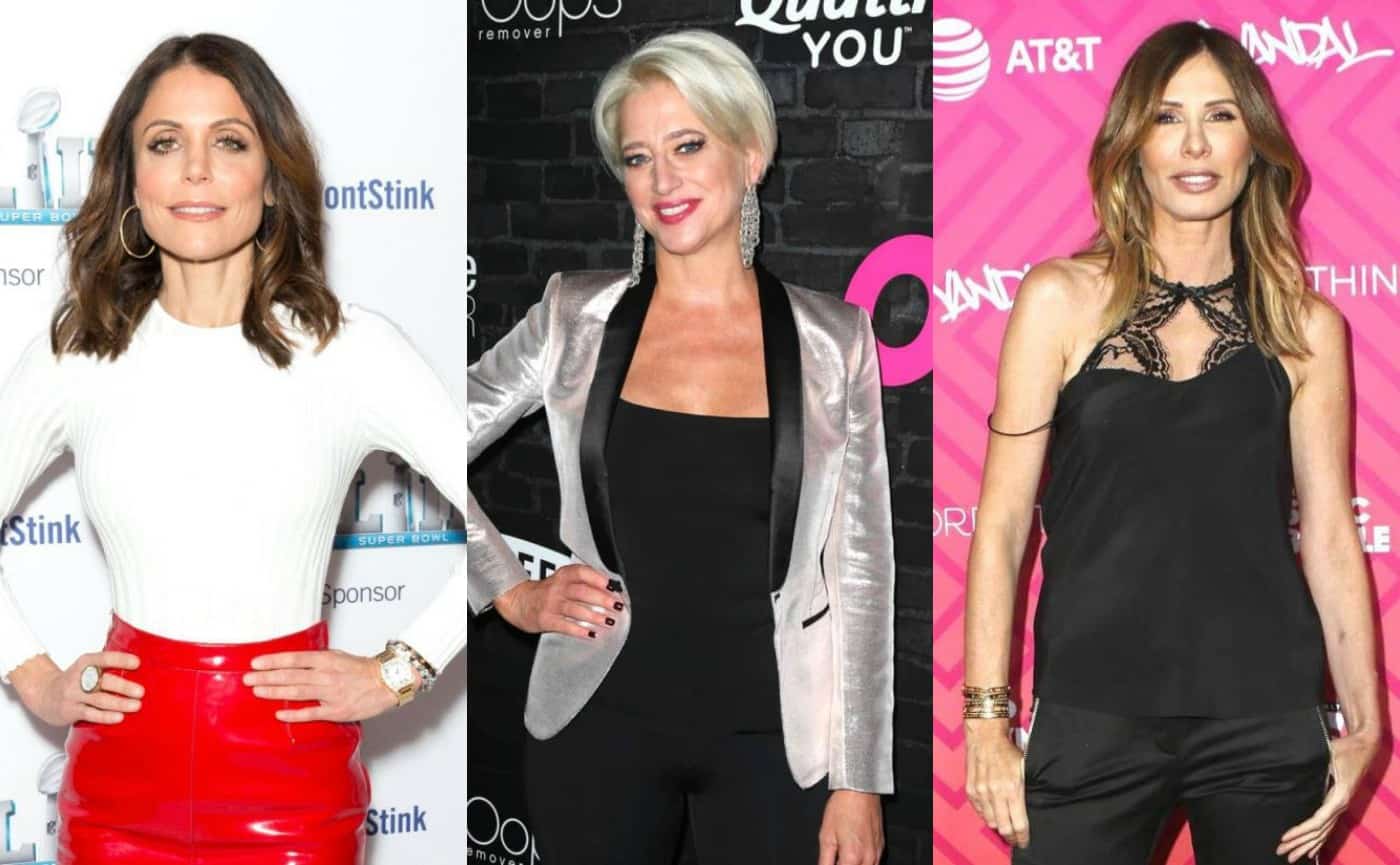 The Real Housewives of New York City star Bethenny Frankel is taking aim at her castmates following weeks of drama and even Twitter wars.

During an appearance on Wednesday night’s episode of Watch What Happens Live and during the after-show with Andy Cohen, she addressed comments made by Carole Radziwill one week prior, and also proceeded to call Dorinda Medley a drunk… again.

During a recent episode of RHONY, Bethenny was accused of being jealous over Carole’s new friendship with Tinsley Mortimer after suggesting Carole “needs to have a best friend close.”

“It’s not true. Everything Bethenny says about me is not true,” Carole said during her appearance on Andy’s show last week. “That wasn’t the friendship that I was having with her at the time, so I was just as surprised as the audience was to hear all that.”

“I think this audience would disagree with that because everything I say is always true,” Bethenny fired back on Wednesday.

According to Carole, she was “a really good friend” to Bethenny and was shocked by what she had said about her and their relationship during her cast confessionals.

“I haven’t really been talking about Carole that much in my interviews,” Bethenny explained to Andy. “I said there was a shift, and there was. And when you come onto a show and you have so many people involved in it, it becomes bigger. And the thing is, I wanted it sort of to just dissolve, and it got more intense. And it gets more intense. And I think that the way you react to something is as important as the initial something. So we had a shift that I don’t think was that big of a deal.”

Bethenny was also seen labeling Dorinda “a drunk” on the RHONY season 10 trailer which Dorinda compared to someone claiming Bethenny was “mentally unwell” after her dog Cookie died.

“With the Cookie thing, I think that I probably, at that moment, was mentally unwell,” Bethenny admitted on the WWHL after-show. “My dog of 18 years, who has been my life, died. She was seizing and I didn’t know what to do, so I probably was mentally unwell. And Dorinda, on the way to Puerto Rico, was a drunk. So if it quacks like a duck, it’s a duck!”

TELL US – THOUGHTS ON BETHENNY’S COMMENTS ABOUT HER CASTMATES?