RHONY’s Bethenny Frankel Unfollows Carole Radziwill On Instagram, As Carole Accuses Her of Lying About Not Supporting Her Charity 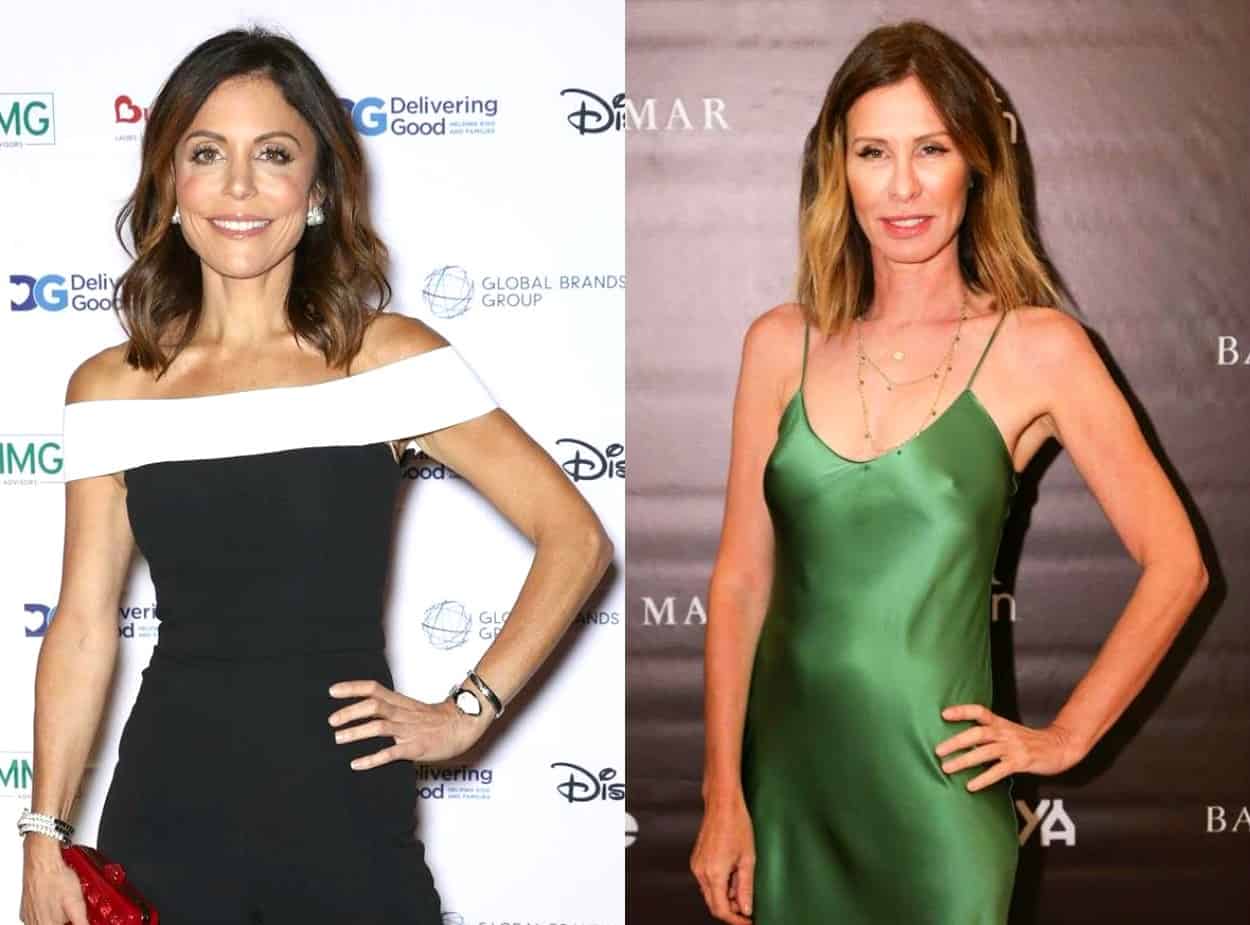 Bethenny Frankel and Carole Radziwill have both downplayed their feud publicly in recent days. However, according to the Real Housewives of New York City stars’ social media accounts, they are very much at odds.

Just days after Bethenny suggested that the drama she and Carole faced on-screen was the result of an exaggeration from their co-stars, Bethenny unfollowed her former friend on Instagram after Carole took to Twitter to slam her for not supporting her charity, and to call Bethenny out on not being honest about her support of Bethenny’s charity.

The drama started following the latest episode of RHONY when Bethenny took to Twitter to explain why she was not present when Carole ran the New York Marathon in November of last year.

Bethenny wrote, “This week @CaroleRadziwill runs the marathon. This was my actual birthday weekend & I spent it in Puerto Rico on a mission. It would have been amazing to see. I have seen the marathon but never been.”

However, Carole was having none of that as she responded to Bethenny by calling her out for not donating to her charity. Carole tweeted, “Thanks….you can still make a matching donation to the charity I raised money for during the marathon. @AnimalLeague.” 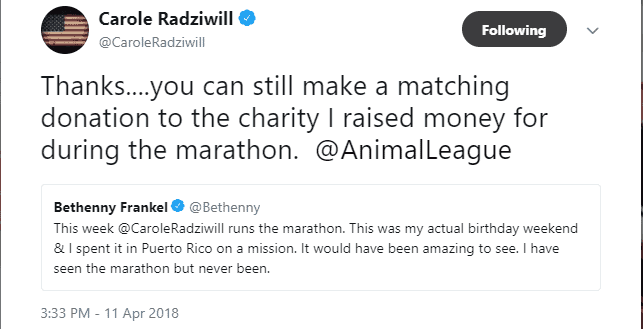 While Bethenny may not have donated to Carole’s charity of choice, Animal League, a no-kill animal rescue and adoption Organization, Carole said she didn’t hesitate to donate her money to Bethenny’s disaster relief fund, B Strong, contrary to what Bethenny has publicly stated.

Also on Twitter, Bethenny recently explained to a fan that she opted against inviting Carole to an event where she was recognized for her aide in disaster relief because she had just one table and her organization was “all about the benjamins.”

Bethenny also said in her tweet, which has since been deleted, that she invited Ramona Singer because Ramona had quietly donated to B Strong soon after the organization was launched.

Here we go Carole (my fav Bravolebrity I studied journalism as I went to your book tour years ago & you were so inspirational) pic.twitter.com/eDp41M7gKY

In response to Bethenny’s deleted tweet, Carole told a fan she was confused by her co-star’s alleged lie.

Lol…you have a bright future as a reporter!….I'm not sure why she would say that, it is not the truth…. https://t.co/scOzqOPNzw

News of Bethenny and Carole’s social media drama comes just days after Bethenny gave an interview, claiming there was “no fallout” between her and Carole.

“I really love Carole,” Bethenny insisted. “I love being on the show with her, and it’s been a great experience.”

Bethenny then admitted that friendships on reality shows are often faced with to much outsider involvement.

“Creating friendships under these circumstances on a reality show with so many people around… If you have any sort of slight shift, everybody’s like, well, what happened?” she explained. “There are too many cooks spoiling the broth.”

TELL US – THOUGHTS ON THE LATEST BETWEEN CAROLE AND BETHENNY?