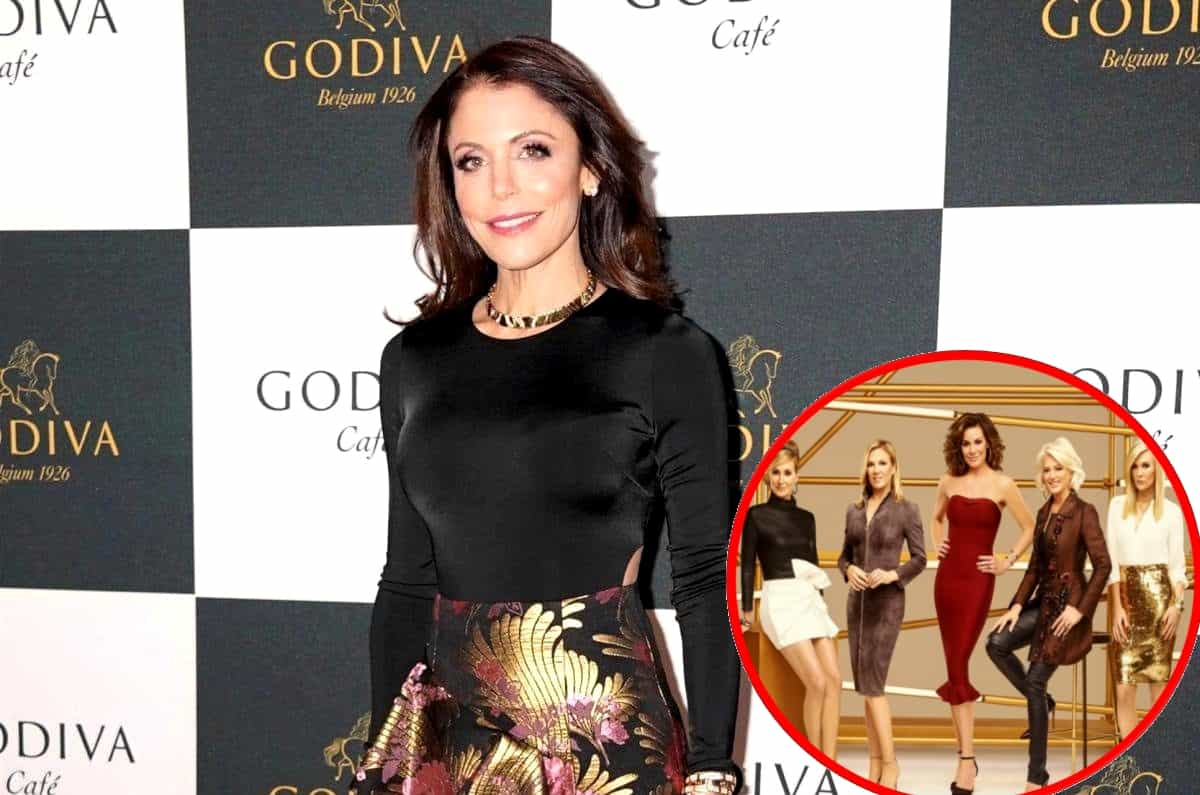 Bethenny Frankel was a hot topic in the recently released Real Housewives tell-all, Not All Diamonds and Rosé: The Inside Story of The Real Housewives From the People Who Lived It, from PEOPLE’s Dave Quinn.

In addition to the Real Housewives of New York City cast claiming she set up the photo she showed Luann De Lesseps in hopes of proving her then-fiancé and now-ex-husband, Tom D’Agostino Jr., was a cheater, Bethenny was accused of attending Bobby Zarin‘s funeral “for the show” and demanding a salary increase ahead of season 12.

Frankel came to Lu around the time of her engagement party and showed her a photo of Tom kissing another woman only days earlier. According to Carole Radziwill, Frankel herself set up the photo.

“Bethenny got a picture of Tom kissing a girl at the Regency Hotel. It was a total setup,” Carole Radziwill said in the book, via TooFab. “Bethenny knew this woman and found out that she was in contact with Tom. And Bethenny was like, ‘The next time you go see him, text me.’ And that’s what happened.”

According to Carole, Bethenny sent someone to take a photo after being tipped off about Tom and his mystery woman’s hotel visit.

“She certainly didn’t just happen to have a friend at the Regency at ten o’clock on a Tuesday night when Tom just happened to be there kissing some chick he used to bang,” Carole added.

“She knew what was going on and sent someone to photograph that,” she revealed. “For me, there are certain lines you don’t cross. And something like that? I don’t think I could ever do that.”

While Andy Cohen said he had no idea how Bethenny got the pic, Luann admitted she wasn’t surprised that Bethenny shared the bombshell about her relationship because she “always felt like Bethenny was trying to take [her] down” and “had a hard-on for [her] from day one.”

Carole also targeted Bethenny’s appearance at Bobby’s funeral, saying, “It was all for the show. Nobody was better at that than Bethenny.”

As for the rest of the cast, including Dorinda Medley and Ramona, RHONY executive producer Lisa Shannon said they didn’t want cameras at the ceremony and believed “Bethenny was using it as an opportunity.” Even Jill, who was seen sharing a hug with Bethenny at the funeral, now feels her family was used.

“It was all about the storyline because afterward when I tried to keep a relationship with [Bethenny], she wouldn’t,” Jill explained. “She blocked my number. She wouldn’t talk to me.”

Also in the book, Lisa said that before Bethenny announced her exit from the show in August 2019, she “wanted to be paid more” and Bravo wasn’t willing to compromise.

“There was a very specific thing Bethenny wanted in her contract that Bravo refused to give on and I knew they weren’t going to give her. And that’s why she left,” Andy confirmed. “I was disappointed, but I wasn’t surprised. And I’m glad Bravo didn’t cave on the contract. It would’ve set a bad precedent.”