Home Below Deck Mediterranean EXCLUSIVE: Captain Sandy and Singer Leah Rae Discuss Being Shunned After Coming Out as a Couple, and Their New Podcast Launch

EXCLUSIVE: Captain Sandy and Singer Leah Rae Discuss Being Shunned After Coming Out as a Couple, and Their New Podcast Launch 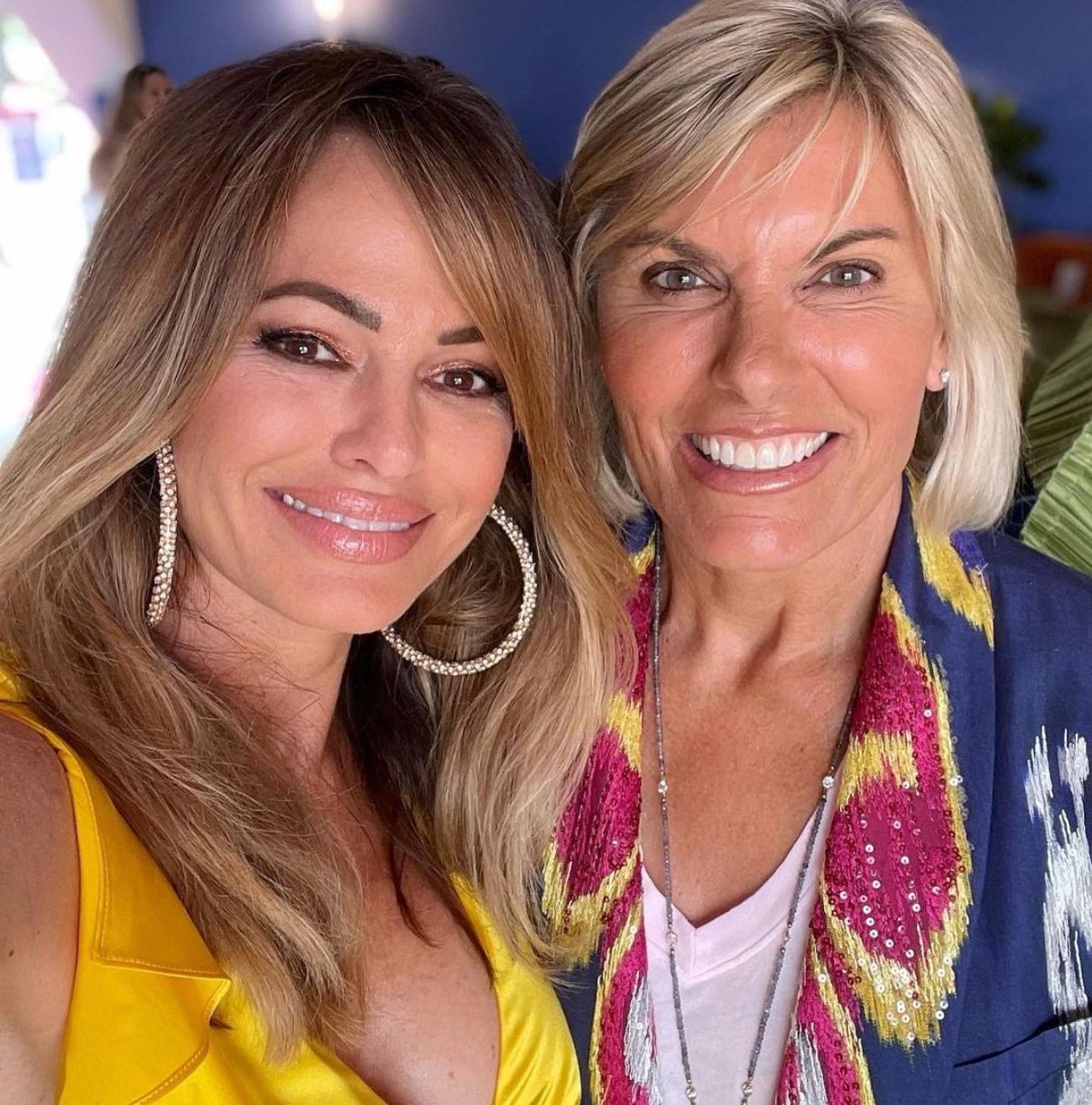 Throughout her career, Captain Sandy Yawn has encountered pirates, violent storms, and the turbulent emotions of her crew. But on each voyage of the Emmy-nominated Below Deck Mediterranean, the superyacht pro stays calm and in control regardless of the challenge.

Though cameras have captured her life at the helm, soaring across the blue waters, viewers are less familiar with her off-screen world — which she shares with international gospel singer Leah Rae.

Speaking with Reality Blurb, the two stars recalled homophobia in their careers, revealed what it was like ‘coming out’ as a couple, and teased their new podcast, The Captain Sandy and Leah Rae Show.

Regarding her own experience with homophobia, Captain Sandy shared, “I felt like I couldn’t be myself and wouldn’t be accepted because I didn’t have self-acceptance. When I got sober, I finally accepted who I was and walk[ed] freely through life, not feeling homophobic any longer.”

“I used to drink and do drugs to feel confident in who I was. Not anymore,” said the captain. “Sobriety is sexy.”

Her partner Leah, who has led worship at the largest churches in the country, faced being shunned when she “came out with Sandy after divorcing [her] husband after 20 years.”

“My career ended overnight,” explained the gospel artist. “I even had people who I thought were my friends… write me and say that my dad died of Covid because of my sin [of] being with the same sex.”

Leah’s “coming out experience” was essentially through the tabloids. “Sandy and I did an article about our love and it went all over the Internet,” she shared. “The tabloids labeled [me] ‘gospel singer turned lesbian’ … I lost close friends who said I sold my soul to the devil.”

When Captain Sandy came out to co-workers, she too faced difficulty. “It was hard to come out. I really didn’t talk about it, I let them figure it out. I’m not sure why I did that,” said the captain. “Looking back I think maybe I just wanted [not to] have to defend who I was and who I loved. Now I don’t care what people think.”

Their best advice on overcoming homophobia? “I was taught that if I was comfortable [with] who I was … [then] the people around me would be comfortable,” said the captain. For Leah, the most powerful tool is “respond in love.”

Though Captain Sandy never felt she needed an “ally,” the star named her friend Brian as a source of support, especially when her father died. “You find out who your friends are in the hard times,” she added.

As for Leah, her biggest allies were her parents. “My dad didn’t agree with same sex, but he showed me the kind of love that every child should experience,” said the singer. “My mom has always stood by my side and continues to do so.”

Did the stars ever wish to leave their careers?

For Leah, the answer is “never,” but Captain Sandy shared, “When my mother died and I was in Barcelona, I realized that most of my life was spent on board [even during] holidays, and I was missing out on family. I was young and the life at sea kept me grounded and calling me back.”

Addressing their new podcast, which launched November 1, the captain revealed, “It’s raw and real … It’s for everyone, and Leah and I want to change lives.” She described the show as a “give give” podcast, rather than a “give take.”

“We want everyone to feel special and heard. Like someone is listening to them,” she continued. “We want to show people who Leah and I are as a same-sex couple, not just what they see on TV of me … Leah had a huge gospel career before me and really took the leap of faith to choose to love me.”

Leah added, “It’s all about doing the next right thing in life. Everyone sees Sandy as a captain on Below Deck, but that’s just a glimpse. In this podcast you will see her in her everyday life, we are both raw and real and authentic and I’m excited for everyone to get to know us individually and as partners.”

For more information about Leah, visit leahraemusic.com or listen to her songs on Apple Music, Amazon, and Spotify under Leah Shafer or Leah Rae. On December 17, Captain Sandy will host Leah’s “Christmas with Love” concert in Miami, Florida. Tickets are now on sale now through Ticketmaster.com.