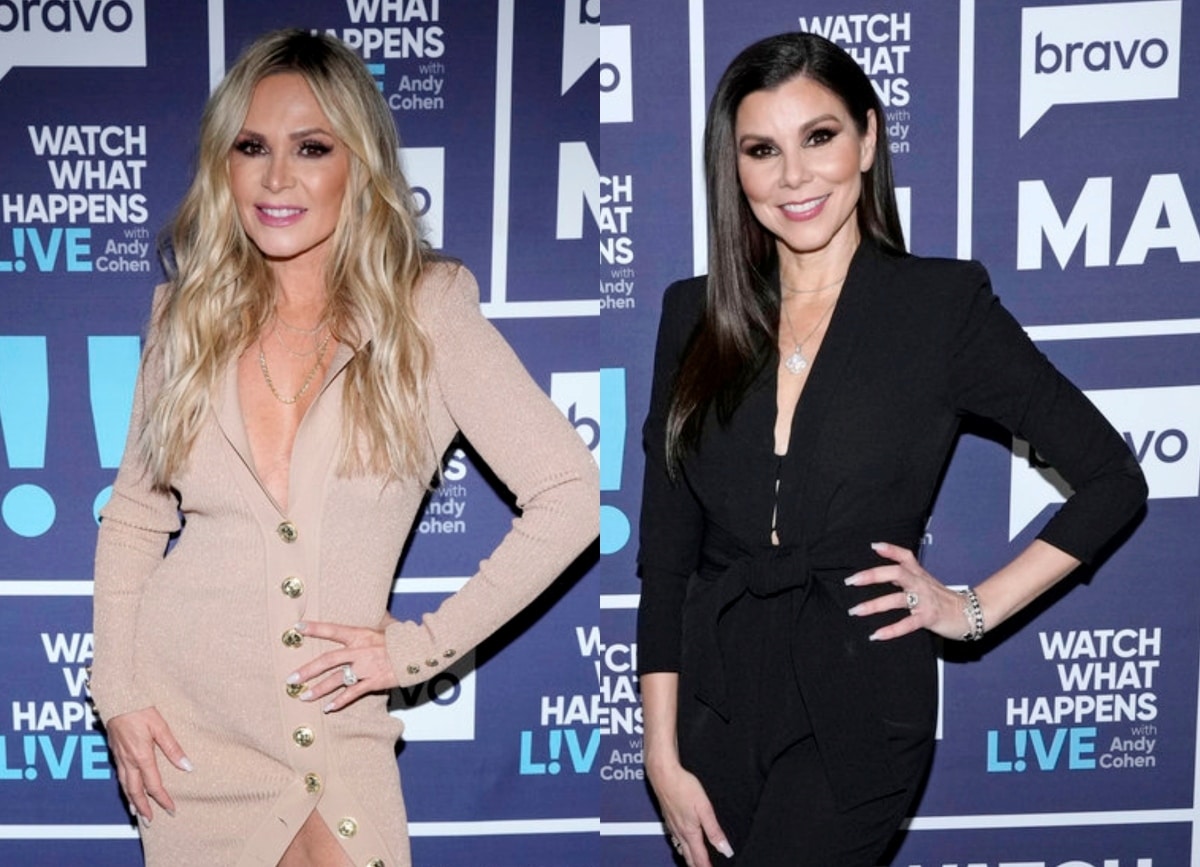 After reports of major tension with Heather Dubrow, Tamra Judge is revealing where they stand. The stars, who were close allies on earlier seasons of Real Housewives of Orange County, seemed to lose their friendship when Heather made statements suggesting Tamra wasn’t fit for the show anymore

When Tamra’s return was finally announced, it was speculated the cast was shaking in their boots, and some had reportedly danced on Tamra’s grave during her firing in 2020.

When ET asked what was her big takeaway from the season 17 return, Tamra simply exclaimed, “Holy s**t!”

She then explained, “You know, after two years of sitting on the bench, being on pause, getting fired, I came back with a lot of energy.”

Tamra added, “I had a lot of built-up resentment and anger… and it might show. I had some things to get off my chest, yes, and nobody was off limits.”

When the host questioned if she was on the ‘naughty’ or ‘nice’ list, the star answered, “Depends on who you talk to. I think I might be on the naughty list.”

Tamra was also questioned on where she stands with Heather after rumors of their feud.

“Um… we don’t stand,” said Tamra with what appeared to be a sarcastic smile. “Not together. Well, I mean, that’s all I can say.”

The 55-year-old shared, “We have some things to fix,” and she teased that fans will see their problems play out in the season.

She stated, “I think it’s probably one of the best seasons in many many years.”

She also admitted that “not all of” her cast members missed her when she was away. “I’m coming back just… a whole new Tamra. Zero s**ts this year. Zero s**ts.”

The Real Housewives of Orange County season 17 is expected to air in early 2023 on Bravo.