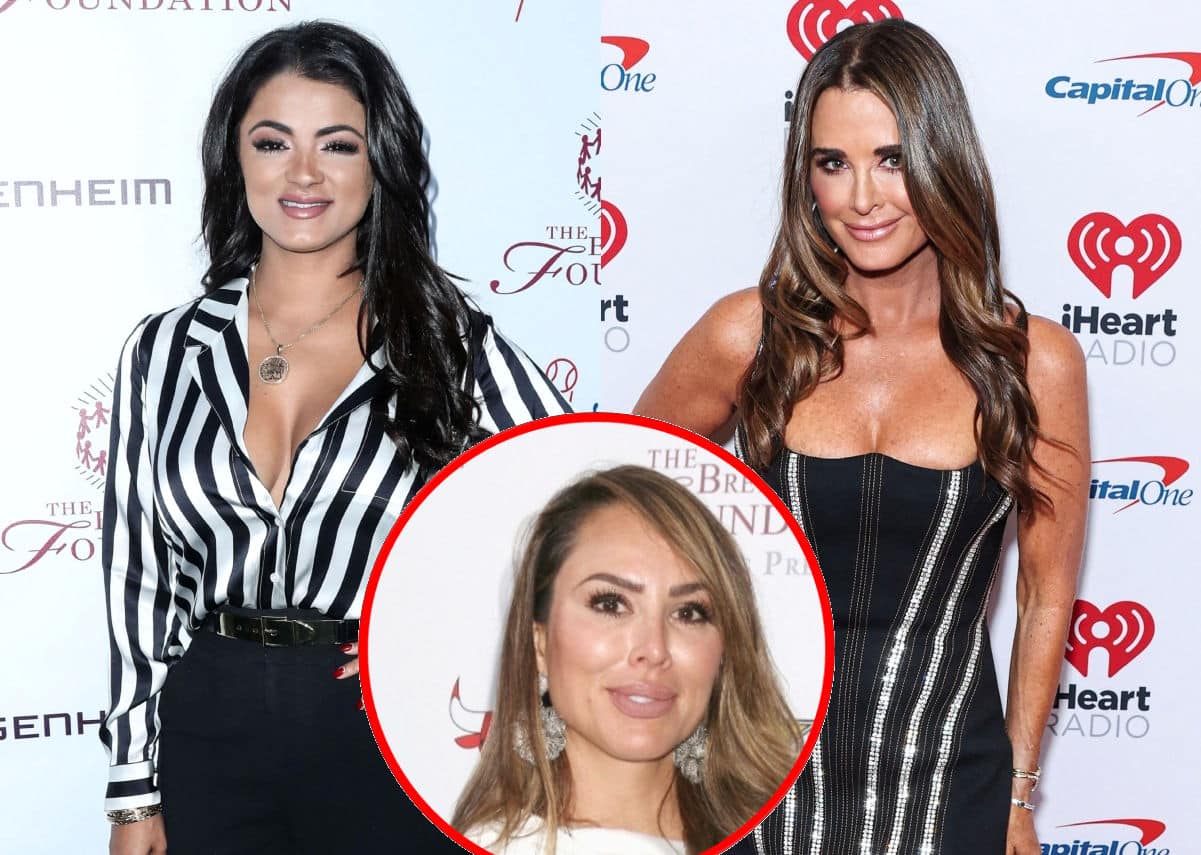 Golnesa “GG” Gharachedaghi threw shade at Real Housewives of Beverly Hills‘ Kyle Richards, who denied using Ozempic for weight loss after sharing a new bikini pic. Kelly Dodd, who’s feuded with GG in the past, entered the chat and sprinkled her own shade.

Reacting to a Page Six post about Kyle denying she used Ozempic, GG seemed to suggest Kyle wasn’t being truthful.

“I’m about to start the shots, oops, I mean start at the gym too!” wrote GG on Instagram, shared by @bravosnarkside. 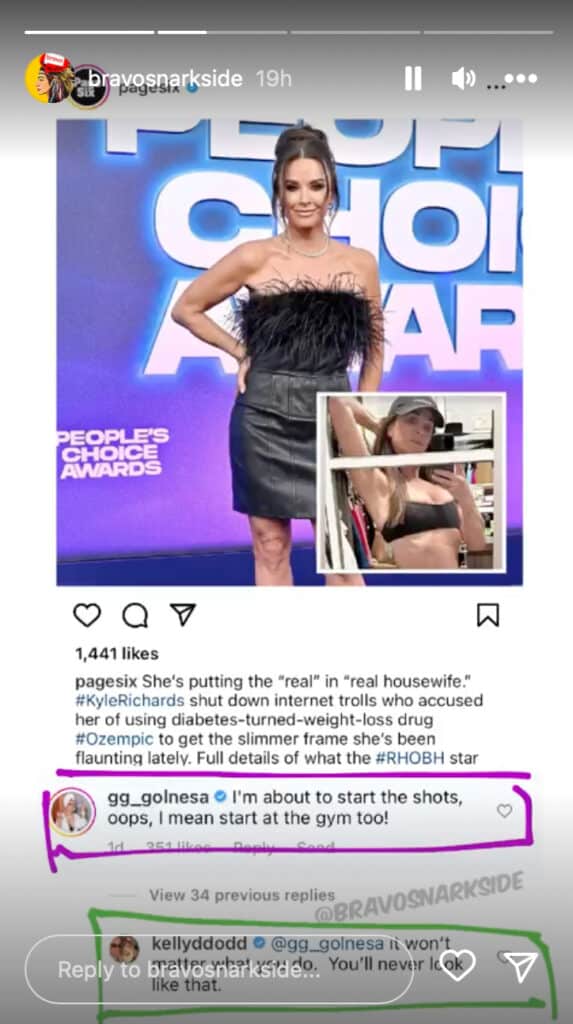 After her comment, Kelly shaded GG, writing, “@gg_golnesa it won’t matter what you do. You’ll never look like that.”

In June 2021, Kelly engaged in an internet feud with GG, which eventually culminated in accusations of racism.

Recently, Kelly’s husband Rick Leventhal suffered a car crash after which he was delivered to the hospital. At the time, Rick stated he was lucky to be alive, and he had sustained a fractured bone in his right foot as well as four broken ribs.

The former Fox News reporter explained he hydroplaned on a road outside of Palm Desert, lost control of the vehicle, and slammed into a wall.