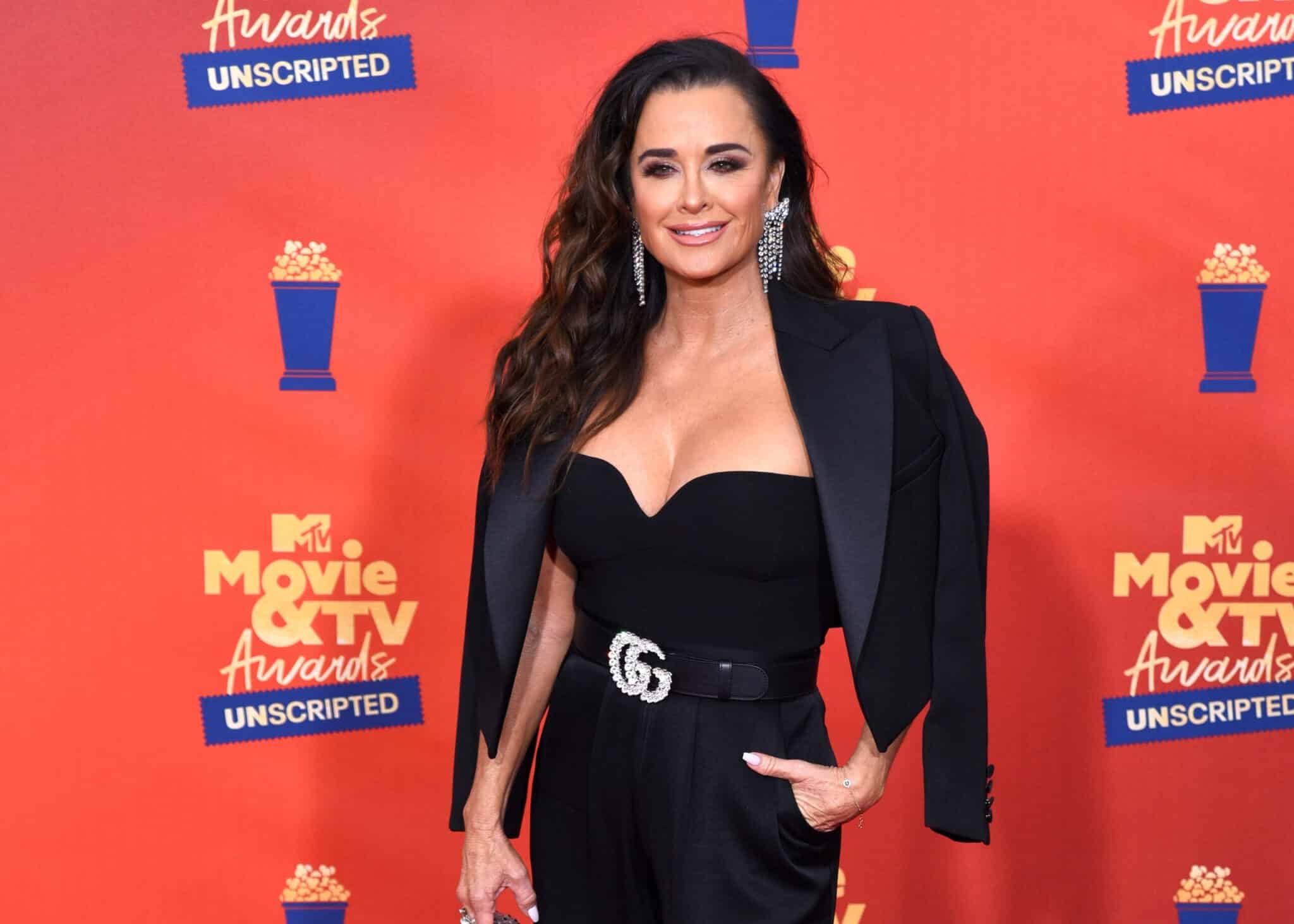 Kyle Richards is getting into great shape as she prepares to begin filming on season 13 of The Real Housewives of Beverly Hills.

Weeks after Kyle’s husband, Mauricio Umansky, appeared on Carlos King‘s podcast, where he teased her “sexy” new look and revealed she’s been “working out every single day,” Kyle took to her Instagram Story to share an updated look at her physique — while wearing a black bra and panty set.

Along with the January 15 post, Kyle included Pitbull’s single “Fireball.” 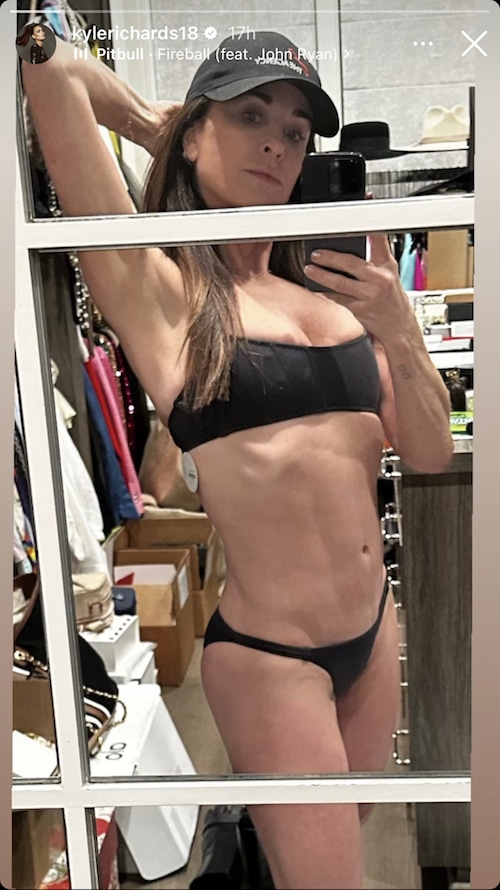 In December, Mauricio opened up about his wife’s fitness journey.

“[She’s] doing a lot of walking, [and] getting herself into shape,” Mauricio revealed. “I’ll tell you, when you guys see her, you’ve never seen a better, sexier Kyle than on the next season … She’s in such good shape.”

And days later, along with a couple of photos of herself at the gym, Kyle told fans, “One of my goals for 2023 is to take my fitness to the next level,” and she added that the gym of her $8.25 million Encino home is “where you can find me for the foreseeable future.”

In another recent photo shared to her Instagram Story, via All Things Bravo Reality on Facebook, Kyle gave fans a peek at her latest tattoo, which reads, “111,” which the fan page revealed is “considered an angel number in numerology.”

As RHOBH fans may know, Kyle turned 54 on January 11, or 1/11, and she teased her new ink while appearing on Amazon Live last week. 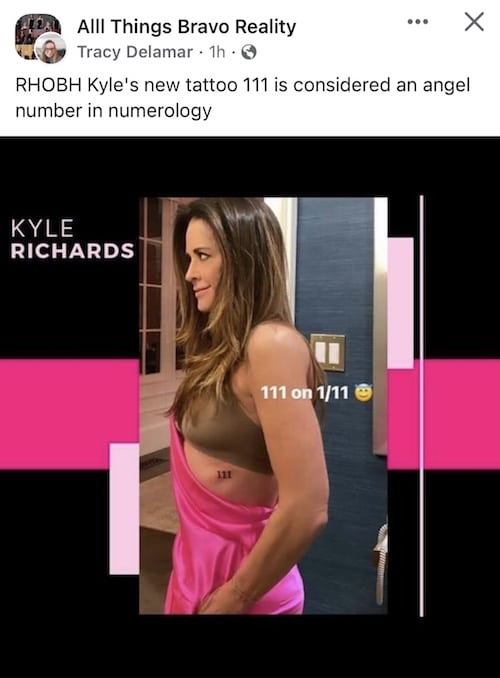 “I have four,” Kyle told a fan who asked how many tattoos she has. “Some people only know about three, because I got a fourth one, but no one’s noticed. It’s two arrows, crossed arrows. I want to get another one on my birthday, which is 1-11 … But I just haven’t told anybody yet.”

“I will [miss Rinna]. And don’t ‘at’ me because she fought with my sister last year and all that … I can put those two situations in separate [places] because we did have a lot of amazing times on the show over these years and Lisa brought a lot to the show on her eight years of being on,” Kyle shared. “Regardless of what happened last year, and I have very strong feelings about what happened last year, regardless of that, she brought a lot to the show … It’s very strange to think she’s gone and I’m not someone who likes change.”

As for Diana, Kyle added, “She’s pregnant so I totally understand that.”