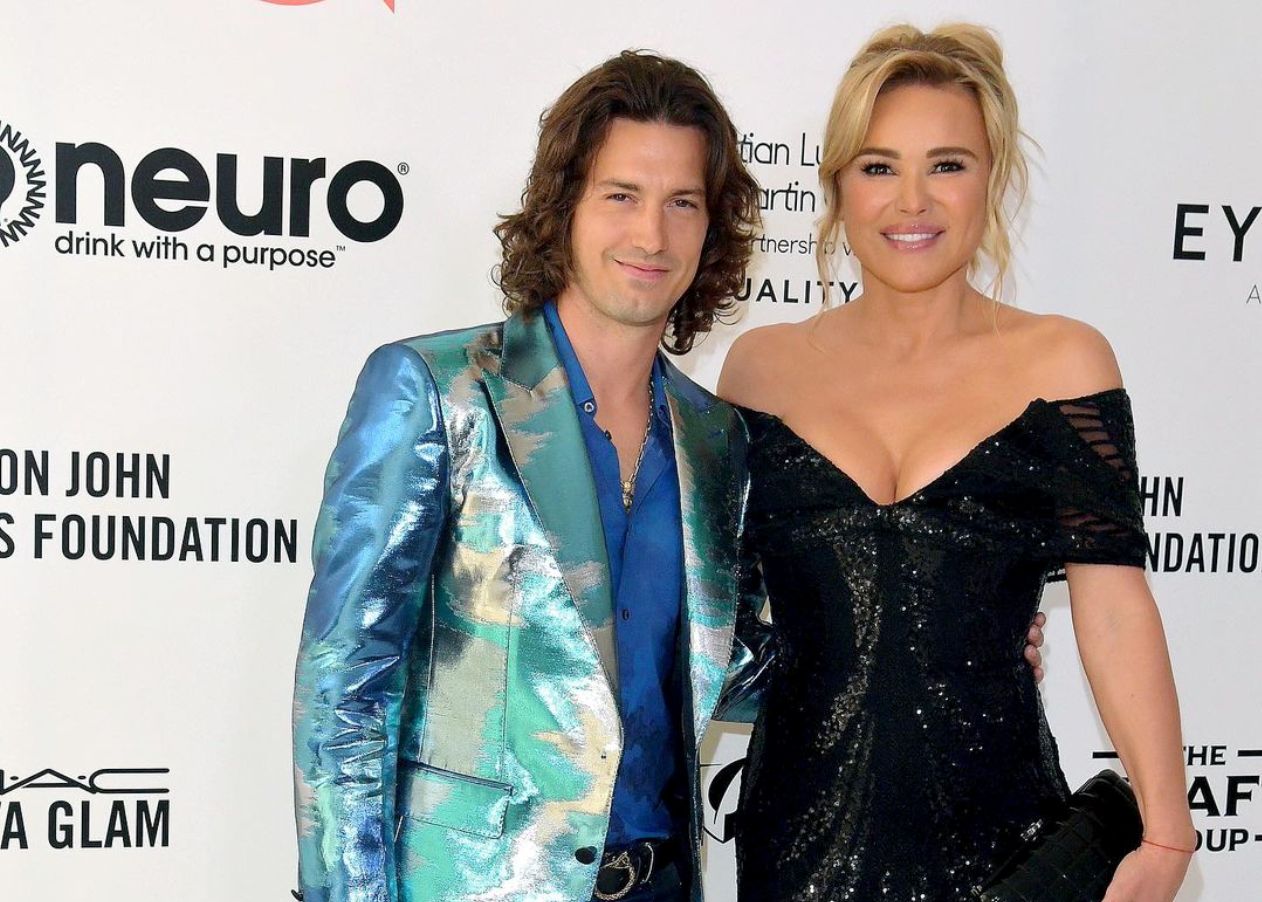 Diana Jenkins is “a few weeks pregnant” with her fourth child, the second for her and her fiancé, Asher Monroe.

After the 49-year-old Real Housewives of Beverly Hills was noticeably absent from Monday’s People’s Choice Awards in Los Angeles, where she and her castmates were up for Best Reality Show (but lost to The Kardashians), an insider is sharing her pregnancy news, noting that due to her past fertility challenges, she is currently on “bed rest.”

“She’s feeling great, but because of her health history, she’s on bed rest,” an insider told Page Six on December 9, noting that she and Asher are “very happy” about the news.

As RHOBH fans may know, Diana shares son Innis, 22, and daughter Eneya, 19, with ex-husband Roger Jenkins and daughter Eliyanah, 2, with Monroe, 34. And, while Diana previously revealed that she conceived another baby with Asher on the show, she also confirmed she suffered a miscarriage.

“She and Asher are very excited about the new baby, but they’re being very cautious, obviously — because she’s only a few weeks pregnant and because of what she’s been through in her fertility journey,” the source continued.

Because Diana “loves every minute of motherhood,” as the insider shared, she’s thrilled to be expanding her family with Asher. That said, she was a “bit bummed” that she was unable to join her co-stars, including Kyle Richards, Lisa Rinna, Dorit Kemsley, Erika Jayne, Sutton Stracke, Crystal Kung Minkoff, and Kathy Hilton, at Monday’s awards show.

“Diana and Asher are really, really just ecstatic, but taking it easy and listening to everything their doctor says,” the source said. “So, she had to skip out on the ceremony.”

Although Garcelle Beauvais was also absent from the event, it was reported that she couldn’t make it due to a work commitment.

In recent weeks, rumors have suggested that both Diana and Sheree Zampino will be left out of the upcoming season of RHOBH. However, no official announcements regarding the season 13 cast have been made.

The Real Housewives of Beverly Hills season 13 is expected to go into production sometime early next year.