RHOBH’s Garcelle Beauvais Claps Back at Diana for Suggesting She Ridiculed Her Over Miscarriage, Reveals She’s Had 3 as Diana Teases “More Text Messages” 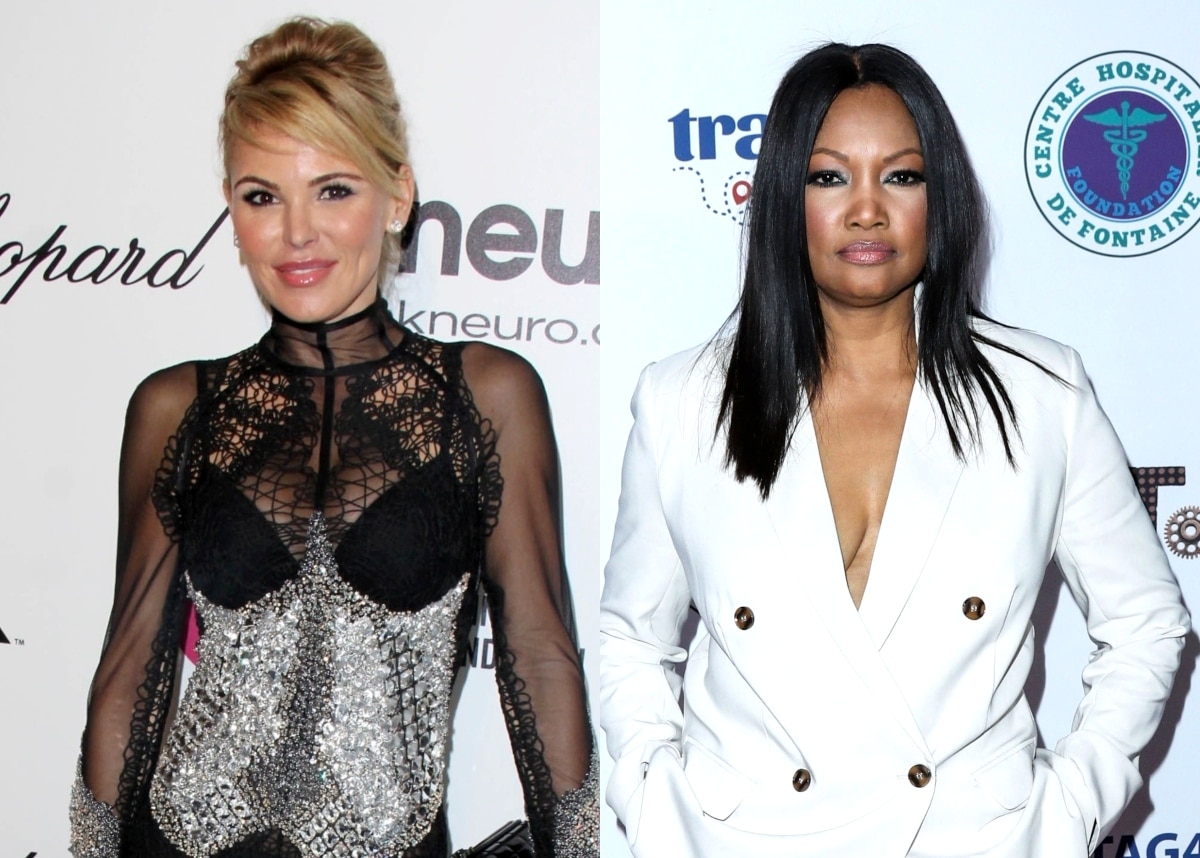 After the Real Housewives of Beverly Hills newbie took to her social media to share a screenshot of her text message exchange with Garcelle and accuse her co-star of ridiculing her for spelling her name wrong after she lost her baby “in most violent way and nearly died,” Garcelle responded on Twitter.

“I would never ridicule another woman over a miscarriage I have had 3 miscarriages I don’t wish that on anyone EVER!!!! Everyone needs to calm down,” Garcelle tweeted on August 22. 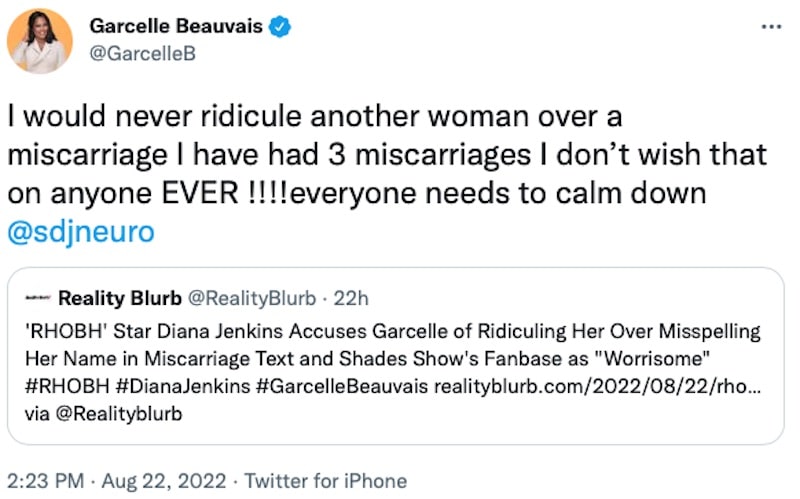 Following Diana’s Instagram post, a number of her fans and followers accused her of overreacting. But as she wrote in a comment, she felt she was being mocked and bullied by Garcelle over both her accent and her miscarriage.

“Really? You are all actually ok with her mocking my spelling publicly from that message?” she asked at the time. “Neither of them could find something else to bully me on but my spelling my accent and my miscarriage. I am not surprised.”

And after seeing Garcelle’s response, Diana further revealed that there was more that fans didn’t see in terms of the text messages she exchanged with Garcelle ahead of her birthday festivities.

“Garcelle there are more text messages and you know that,” she warned.

Diana even shaded the fanbase of RHOBH for suggesting that Garcelle is a fan favorite in her Instagram post.

Also on Instagram this week, Diana found herself under the attack of Kathy Hilton, who made her way to her page to shade her as unmemorable.

“Every episode you talk I forget you’re a cast mate,” a fan page had written in the comments section of a photo Diana shared of the cast of RHOBH.

And in response, Kathy wrote, “Me too!”

Although Diana did react to the fan page’s comment, saying, “I doubt it very much …  Otherwise you would not be on my page,” she did not address Kathy directly.