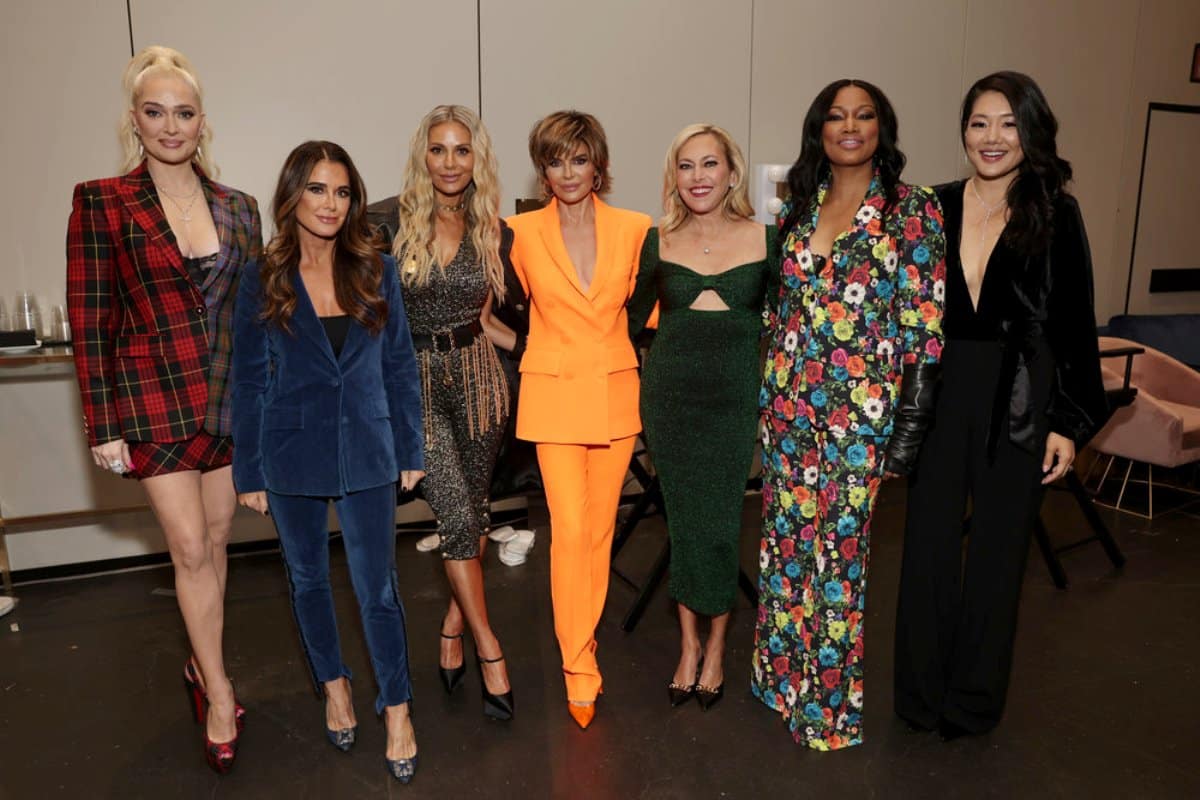 The Real Housewives of Beverly Hills began production on season 12 in October 2021, which was prior to the end of the airing of season 11 that November. But when it comes to season 13, the cast is expected to have the next couple of months off.

According to a new report, production is pumping the breaks on a start date for season 13 as rumors continue to swirl in regard to who will be left out of the new episodes and who will remain on the cast for its new season.

“Unlike last [year] when cameras were rolling by October, we’re hearing that production is tentatively looking to gear up in late January 2023,” the Queens of Bravo shared with their Instagram audience on November 2.

“Nothing is official yet so we’re writing this in pencil,” they added. 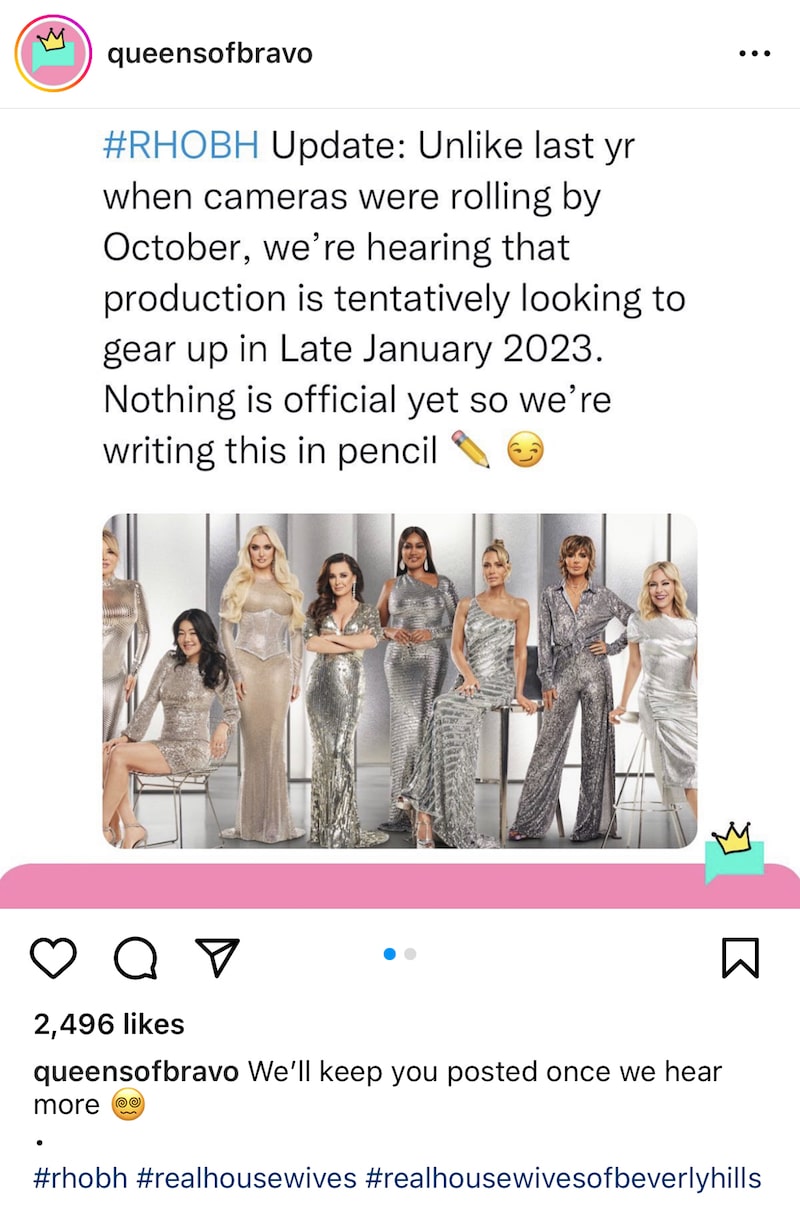 In October 2021, as RHOBH season 12 went into production, sources told TMZ that the series had begun filming several months earlier than normal because producers didn’t want to miss any of Erika Jayne‘s legal saga and the drama surrounding it.

Just over a year later is a very different story.

As RHOBH fans may have seen, rumors began swirling in regard to what the season 13 cast may look like way back in August, when Tamara Tattles suggested the entire full-time cast, including Kyle Richards, Lisa Rinna, Dorit Kemsley, Erika, Garcelle Beauvais, Sutton Stracke, Crystal Kung-Minkoff, and Diana Jenkins, and series “friends” Kathy Hilton and Sheree Zampino, would likely return.

But in the months since, many have called for the firings of both Lisa and Erika, who were accused of targeting Kathy amid season 12 by leaking stories about her meltdown in Aspen in an effort to take the heat off the legally troubled Erika.

Others have requested the returns of former cast members, including Camille Grammer and Denise Richards.

“I think they should bring back [Brandi Glanville] and me and hell even Denise if she will stop with her ‘Bravo, Bravo, f-cking Bravo‘ and actually show up to work,” Teddi Mellencamp said on Instagram last month. “I think after BravoCon a lot of relationships have shifted and adding to those shifts would be juicy. Plus I want to see some fun again.”

Prior to the news of the potential start date for RHOBH season 13, Lisa told host Derek Zagami on RealiTea With Derek Z that the ladies needed a “break” after their “brutal” 12th season.