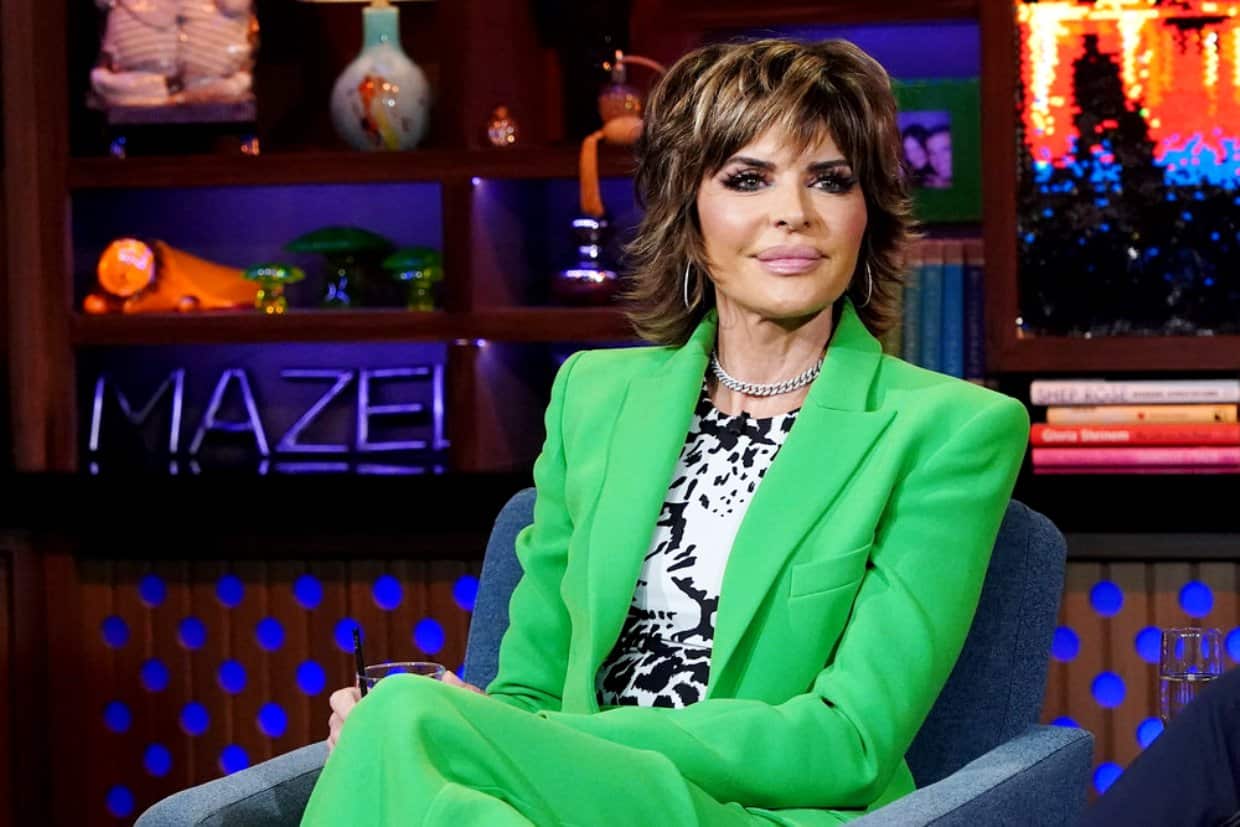 Lisa Rinna thinks the cast of The Real Housewives of Beverly Hills needs a break following their “brutal” and “horrible” 12th season.

While attending BravoCon in New York City over the weekend, Lisa, who described herself as “hot” and “dripping sweat” as she walked the red carpet, said that before she and her castmates begin filming season 13, they could use a “break.”

Then, when host Derek Zagami asked her what she was walking away with as season 13 loomed, Lisa, who Andy Cohen called out for being “disastrous” on social media with “no impulse control” at the reunion, confirmed she was unsure of how to feel about the future.

And hopefully, Lisa continued, she and the other women will be able to “move forward.”

After causing a stir by accusing Kathy Hilton of threatening to destroy sister Kyle Richards and her family amid a meltdown in Aspen that was reportedly sparked at a members-only club, where a DJ refused to play “Billie Jean,” Lisa was labeled as a villain by many. And amid the currently airing reunion, she actually suggested Andy “put [her] on pause,” à la Dorinda Medley.

Amid Lisa and Kathy’s tension on RHOBH season 12, Lisa shouted out Kendall Jenner‘s 818 Tequila, claiming the model was a “friend” as Kathy attempted to push the tequila she’s invested in, Casa Del Sol. However, weeks after the episode aired, and with swirling questions about how close Lisa actually is to Kendall, Lisa set the record straight.

“I know the family, I’m not a close friend to Kendall,” she told E! News on Friday. “I know Kris Jenner very well and the family. I don’t know Kendall much at all—but in the moment, I said my friend in the moment because we’re friends of the family.”

As for the ongoing backlash Lisa’s received from her behavior on RHOBH and social media, she seems to be embracing it. She recently promoted a “Booed at BravoCon” bucket hat, saying, “This is funny.” She also gave a nod to Kathy’s “biggest bully in Hollywood” diss with a T-shirt. 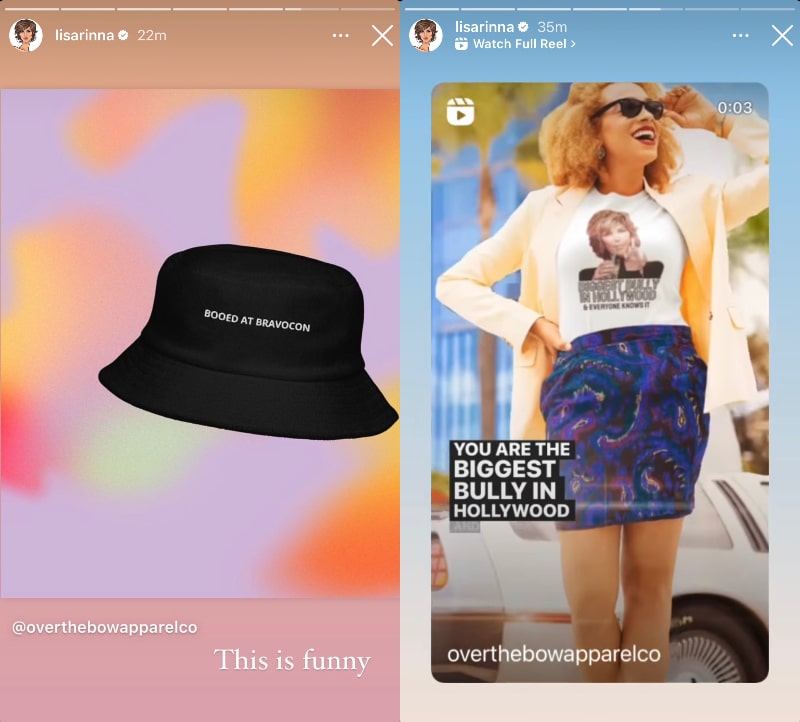 While things between Lisa and Kathy haven’t been good in recent weeks, as fans have seen on social media, Kathy said during her own interview with E! News that if she ran into Lisa at BravoCon, “I’d say hello.”

The Real Housewives of Beverly Hills season 12 reunion continues with part three next Wednesday, October 26, at 8/7c on Bravo.